Gas prices surge past $3 a gallon in Toledo; expert says they could go even higher

One of the main factors driving up the cost is OPEC announcing last week it will not increase oil production. 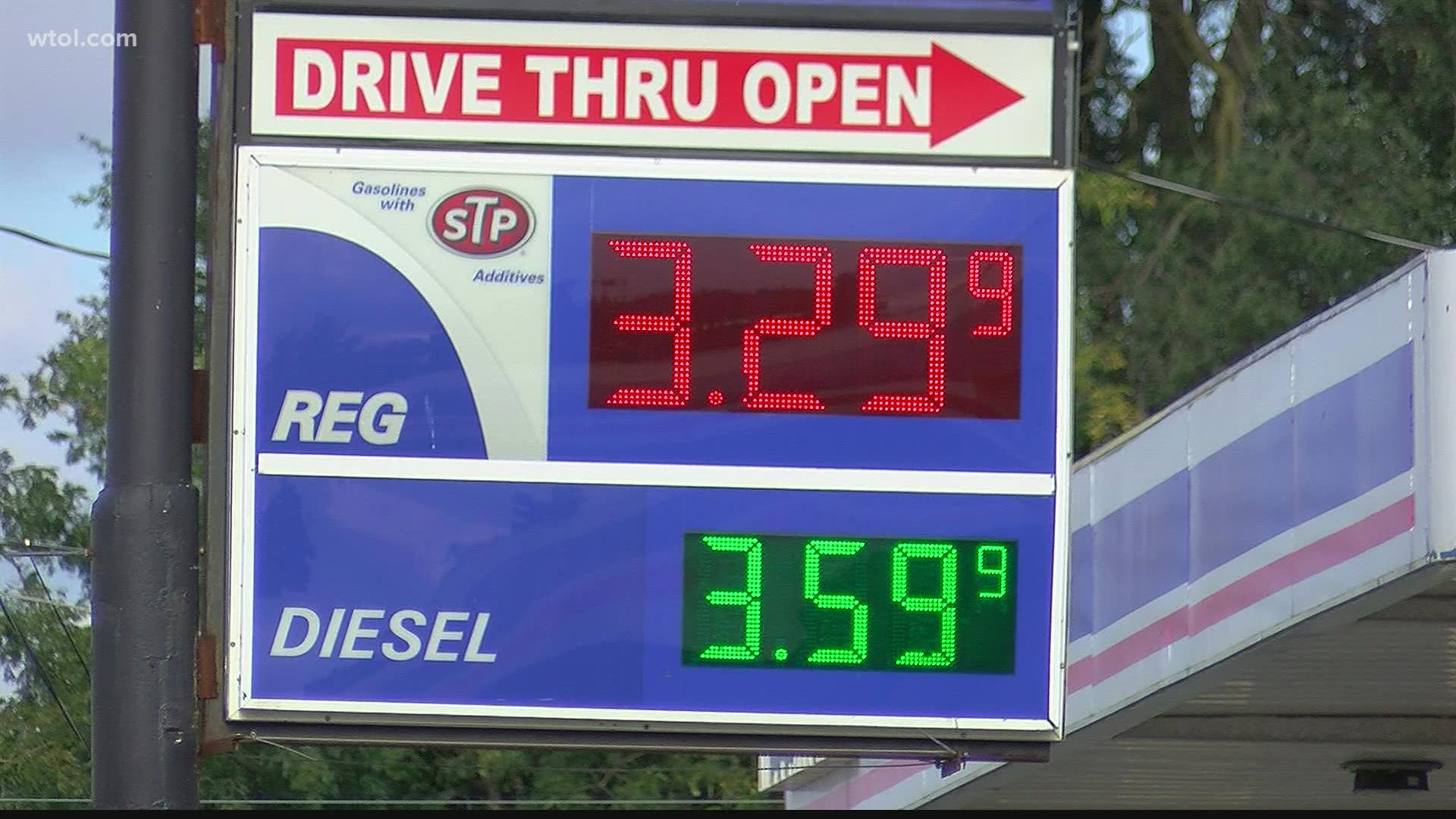 TOLEDO, Ohio — Oil prices are at their highest in nearly a decade and motorists are feeling the effects at the gas pump.

According to AAA, the national average for a gallon of gas Tuesday climbed to $3.27. U.S. crude oil topped $80 a barrel last week, the highest mark since 2014.

GasBuddy Head of Petroleum Analysis Patrick De Haan said there are several factors contributing to the rising costs, and many are related to the COVID-19 pandemic. One of the main drivers is OPEC's announcement last week saying it will not increase oil production.

"The reason that's so crucial is because of a developing energy crunch, especially overseas in Asia and Europe," De Haan said. "China is running low on coal to power their power plants. Europe is running low on natural gas for heating and power generation. With such low inventories, crude oil can be used as a substitute in some of those power generation facilities. So of course that means higher demand for oil."

RELATED: No, the U.S. president does not control gas prices

Gas prices in Toledo actually dropped 2.5 cents a gallon last week, but many stations on Monday jacked up their prices by 25 cents or more.

De Haan said the Great Lakes region tends to act as a "bellwether" for gas prices. If the national average is going to trend a certain direction, it usually happens first in Ohio, Michigan and Indiana.

"You're really the leading edge of what will happen with gas prices," De Haan said. "Unfortunately the national average is going up. The good news in the short term is once prices hit that $3.25 mark in Toledo, they should start to taper off for the rest of the week."

De Haan said drivers who are willing to shop around for the best price can save a few bucks. As of Tuesday afternoon, a handful of stations in Toledo were still selling gas for under $3, including the Sunoco on Suder Avenue ($2.92) and Circle K on North Holland-Sylvania Road ($2.93).

De Haan also said it's best to fill up early in the week.

"As the week progresses, the chances increase of seeing one of those infamous 20 to 40-cent increases," he said. "If you keep track of those price spikes, we generally see one every seven to 12 or 14 days. So if you can time it, prices should start going down gently for seven days."

Other factors driving up the cost of oil include Hurricane Ida, which shut down 95% of production in the Gulf of Mexico in late August. Container ships are running behind schedule around the world and the U.S. is experiencing trucker shortages.

All of these issues create a volatile environment and make it difficult to forecast prices.

"This is like a 12-layer cake, but certainly not as delicious," De Haan said. "I would hope that we aren't too far away from a ceiling this winter. My concern is then looking at next summer, how high will we go? The big question is how long will some of these supply and logistical bottlenecks persist?"

De Haan said demand could go even higher by the time the holidays arrive with many people traveling who were unable last year.

Gas prices surge above $3 per gallon in Toledo