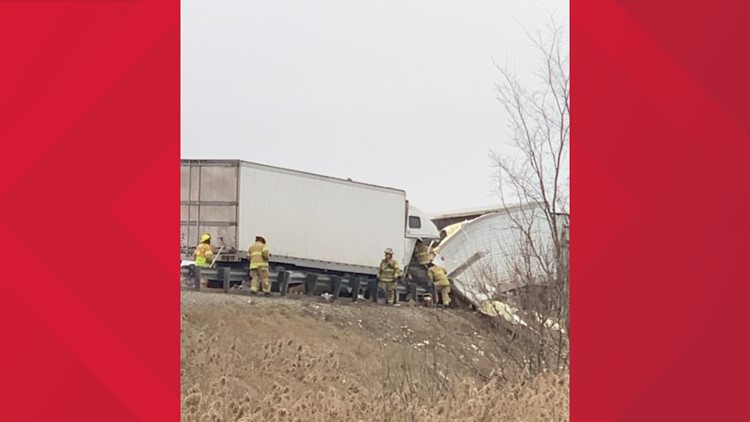 SANDUSKY, Ohio — Troopers are investigating a two-semi-trailer crash at the Ohio Turnpike that left one person seriously injured Saturday morning.

A commercial vehicle traveling on the Ohio Turnpike drifted off the right side of the roadway and struck a stopped semi-trailer sitting on the right berm, according to police.

Police say the impact on the striking vehicle crushed the cab and trapped the driver inside.

First responders took an hour to extract the driver, who was taken to St. Vicent Hospital, suffering from life-threatening injuries, according to the Ohio State Highway Patrol.

Police identified the driver as Daniel Villanueva, 47, of Rockford, Illinois. He was driving a 200 Volvo semi-trailer hauling a small load of grapes.

The driver and passenger of the stopped vehicle did not suffer any injuries. Police say the semi-trailer was parked off the side of the roadway with US DOT-approved triangles displayed behind it.

The westbound lanes of I-80 were completely closed for 45 minutes before police opened the left berm for a single lane of traffic to proceed.