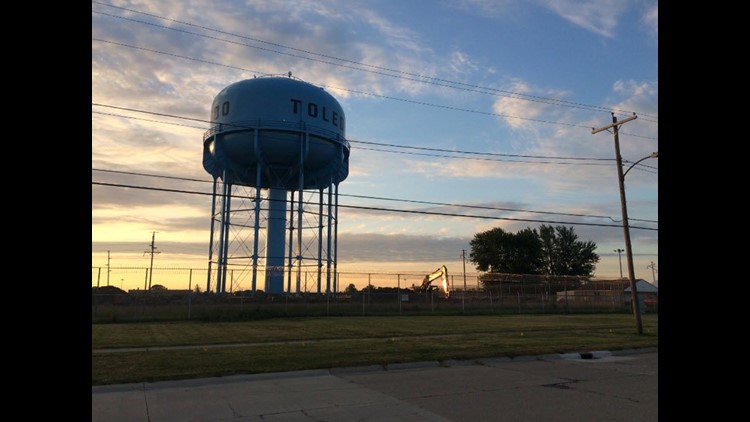 August marks three years since Toledo's water crisis. The city set out to prove Friday that it is living up to the obligation to keep its residents safe.
Author: WTOL Staff, Malena Caruso
Published: 9:07 PM EDT August 4, 2017
Updated: 9:18 AM EDT August 10, 2018

TOLEDO, OH (WTOL) - August marks three years since Toledo's water crisis. The city set out to prove Friday that it is living up to the obligation to keep its residents safe.

"It is fundamental obligation of government to provide safety for its citizens," said Mayor Paula Hicks-Hudson. "And if we can not produce safe drinking water then we should not be in the business of government."

The city and local scientists discussed improvements since the Toledo water crisis back in 2014. One major improvement; detecting whether the algae is becoming toxic a lot sooner.

University of Toledo Professor of Ecology, Dr. Tom Bridgeman, said part of the solution is increasing communication and resources between the city and the scientists.

"I'll pick up the phone and say the algae is looking sick. It may be breaking open and releasing toxin," Dr. Bridgeman said. "They take that into account and they increase the treatment or increase their testing of the water back at the plant."

"They have sensors on them that detect the blue color that the blue/green algae have and the green color that all algae has," Dr. Bridgeman said. "There are sensors on the buoy that give you an indication of how much algae is out there right now."

The city now treats water from Lake Erie with activated carbon prior to arriving at the plant. They have also added a new disinfecting facility before the water gets to the finishing reservoir.

Despite all these changes, Lake Erie is still the only source where Toledo gets its water.

Ashley Moore contributed to this report.