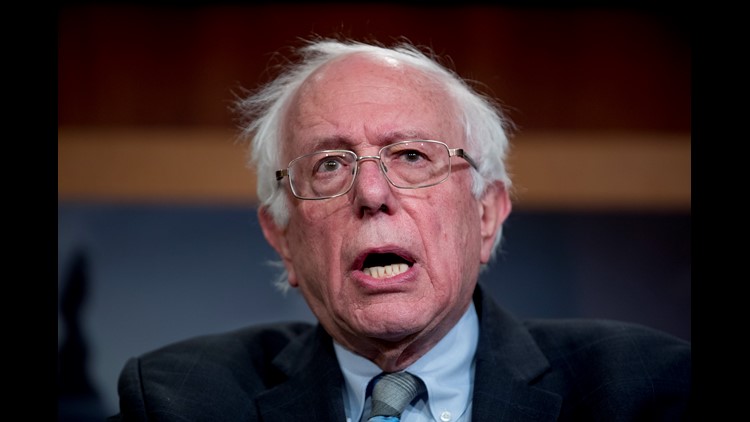 Bernie Sanders not only wants to restore voting rights to convicted felons on the outside, but he also said that he believes that the right should extend to people behind bars too.

The Vermont senator addressed a crowd of voters in Iowa Saturday in a town hall meeting at the Muscatine’s West Middle School gymnasium Saturday, according to the Des Moines Register.

Maine and Vermont are the only two states that allow people to vote from prison. Iowa is currently still fighting to restore voting rights to felons who have already served their prison sentence, the paper reported.

"With your help, we are going to complete what we started here," Sanders told the 1,200-person crowd, referring to his virtual tie with Clinton in the 2016 Iowa caucuses.

Sanders announced a campaign swing Monday that will take him to three Great Lakes region states that are a key part of the Democratic strategy to rebuild a "blue wall" and defeat President Donald Trump.

Sanders planned weekend rallies in Wisconsin, Michigan and Pennsylvania along with stops in Ohio and Indiana. The Sanders campaign said the tour will emphasize that the Democrats' "clearest and strongest path to victory in 2020 runs through the Upper Midwest."