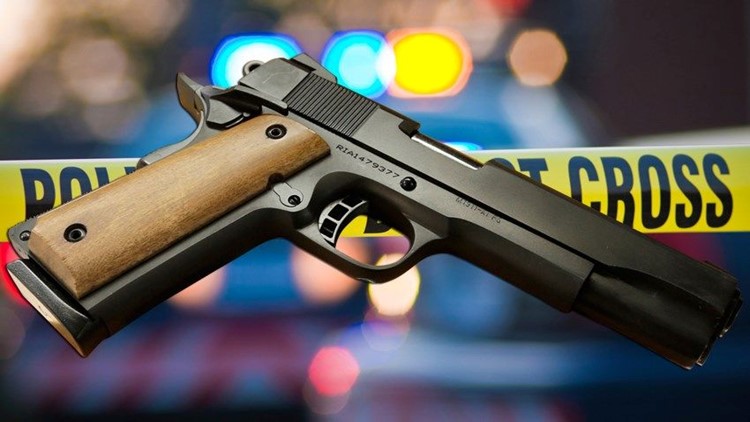 LIBERTY TOWNSHIP, OH (WTOL) - The Hancock County Sheriff's Office identified the man and woman killed in what investigators say is a murder-suicide in Hancock County Tuesday.

Deputies were called to the 600 block of Palm Drive in Liberty Township around 7:20 p.m. and found the victims fatally shot.

According to police, Ashley's mother owned the home, and she was the first to discover the bodies.

Police determined David shot Ashley twice before turning the gun on himself.

Ashley was a alumnus of Findlay High School and was attending Owens Community College.

David was living in Kenton.

"Everything indicates that he did shoot her twice, and then turned the weapon on himself," said Hancock County Sheriff Michael Heldman.

Sheriff Heldman believes the cousins were both avid video gamers and had bonded over the past time.

Neighbors were stunned, saying they never expected anything like this to happen on their street.

"It was really shocking, like I did not, I don't know, I didn't expect a murder or anything to ever happen in this subdivision", said Savannah Reiter, who lives across the street from the crime scene.

It is a small, quiet neighborhood and neighbors say the worst thing to happen before this was petty teenage vandalism.

Tuesday night, cars lined the streets, some came to comfort the family. Others from around the area were just driving by to see what was happening.

"I mean we're two streets, so we all know each other, we're all familiar," said neighborhood resident Briana Copus. "Kids run around day and night, never had anything like this."

Area residents say the family moved in only a few weeks ago, and they had not seen much of them.

In a release, Sheriff Michael Heldman said there is no immediate danger to the community as a result of the shooting.

"We still feel safe, it's just unfortunate for that family since they just moved in," said neighbor  Brock Roberts.

This situation is now leaving the neighbors asking questions.

If you have any additional information that could help investigators solve this case, you are asked to call the Hancock County Sheriff's Office at 419-424-7097