Chief Turner has been with the department since 2010 and said when he started, the department was answering an average of 1,000 to 1,500 calls a year, but now they are down to 400. 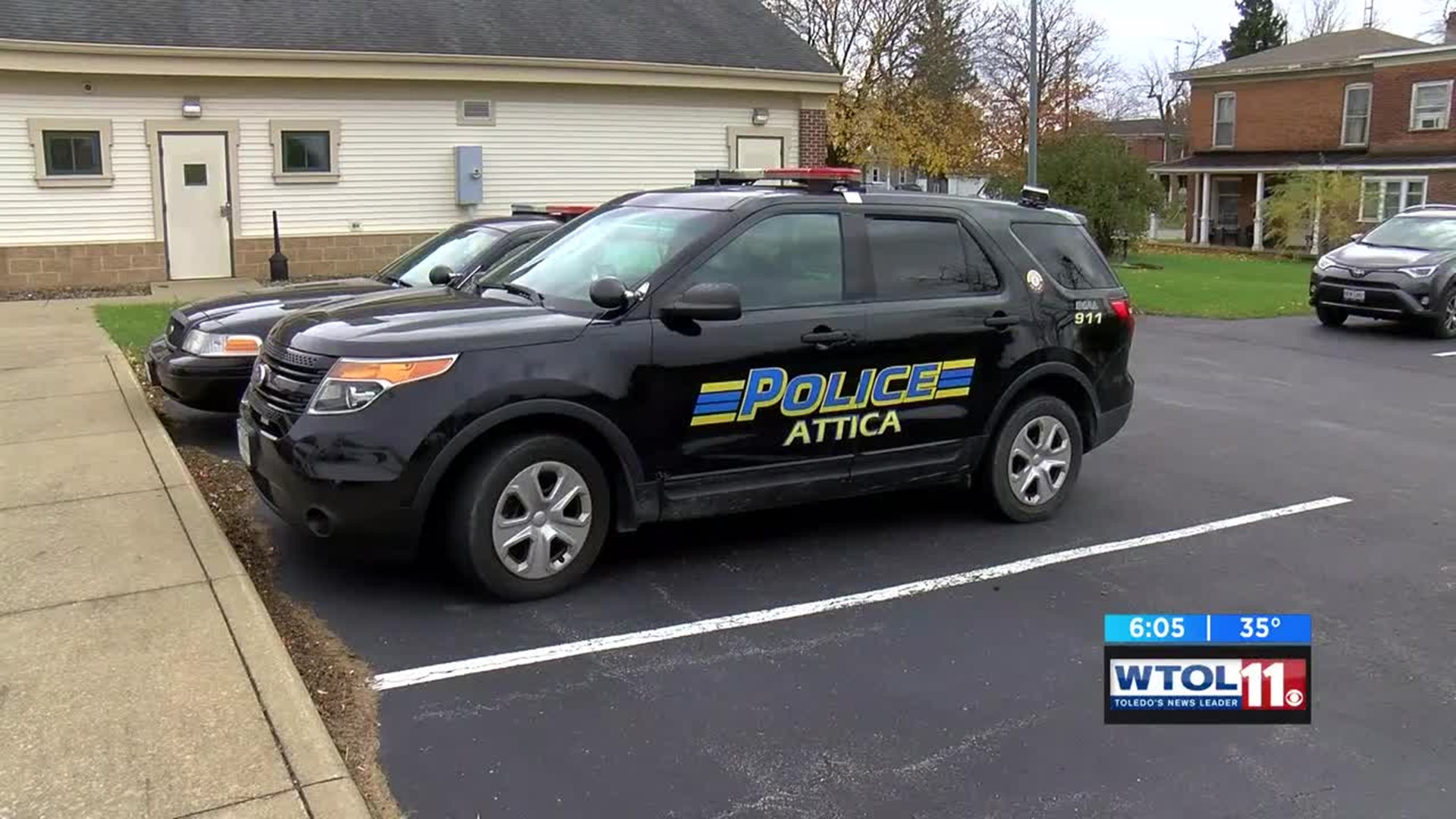 TOLEDO (WTOL) - In the small village of Attica, two votes were the deciding factor between the police force there staying or closing its doors.

The police department in Attica has served the population of less than 900 residents off of two police levies for the last 20 years. But their budget needed to increase and village council decided to up each levy’s millage from 3 to 5 mills, adding about $175 a year for residents in taxes.

The first of the two levies was up for vote during the midterm and was turned down with 152 for and 174 against .

“Most of the community here is elderly, I understand that they’re under a fixed income, they can’t afford to be taxed anymore. And I think that’s where we’re at now,” said police chief Keith Turner.

Chief Turner has been with the department since 2010 and said when he started, the department was answering an average of 1,000 to 1,500 calls a year, but now they are down to 400. And with their funding gone, the chief added that at the end of the year the department will have to close it’s doors.

The villages policing would then more than likely be done by the Seneca County Sheriff’s Department.

“We worked hard to bring the staffing levels and the quality of policing up for the village and updates with everything. And it’s sad to see if the doors do close, it’s sad to see to watch everything that all their hard work did go down the drain,” said Turner.

Thursday night was the first Attica Village council meeting following Elections Day and it was be the first public meeting where officials will begin working on the process of where to go from here now that the village’s police department is seemingly going away.