The actress is no stranger to civil disobedience, with five arrests in the '70s. She told our Bruce Johnson that she'd spend her birthday behind bars if needed. 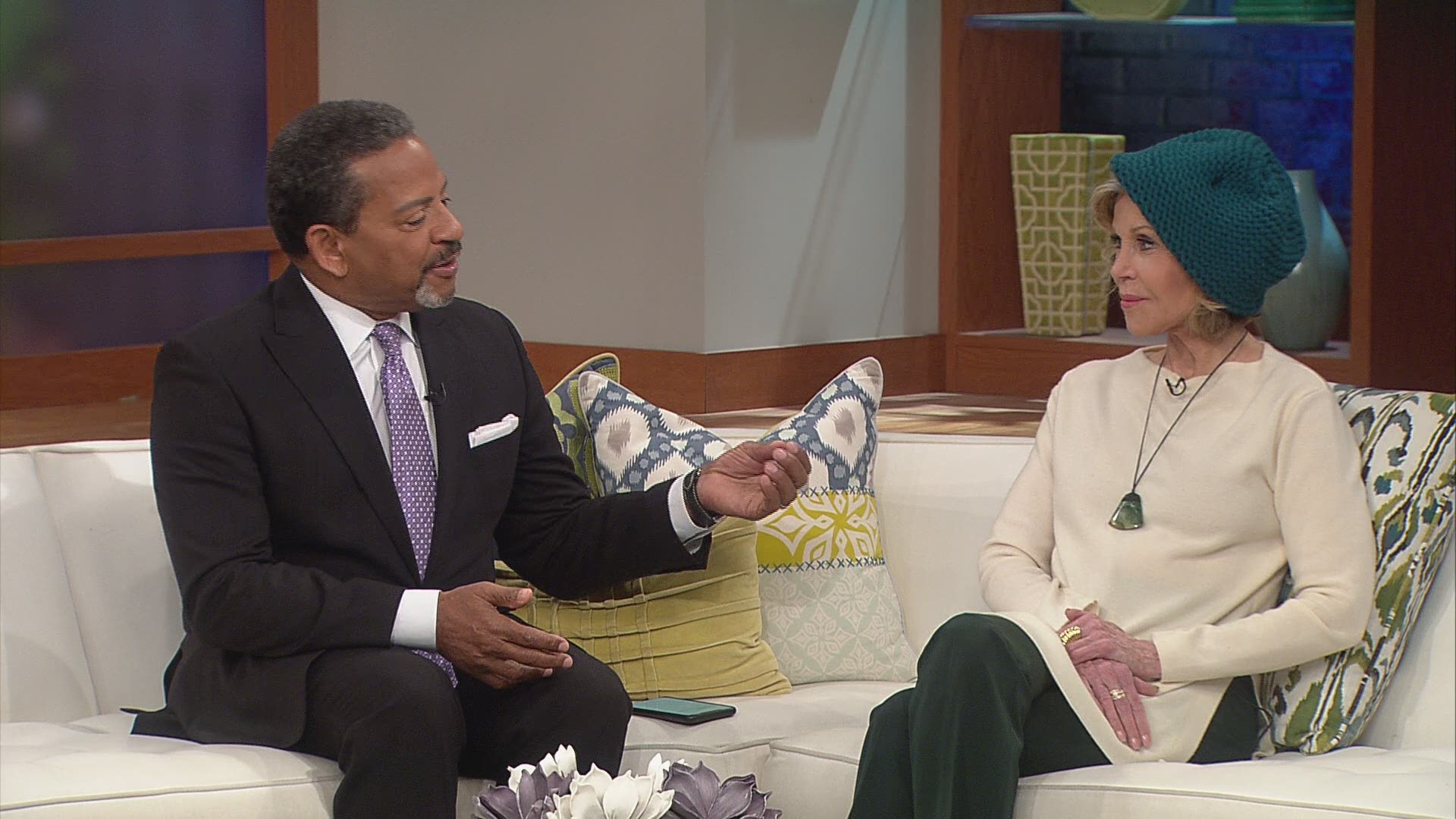 WASHINGTON — At nearly 82 years old, iconic actress, model, fitness guru and activist Jane Fonda has moved to D.C. to take part in the fight against climate change and she's been arrested for it.

Fonda was arrested Friday on the steps of the U.S. Capitol Building -- a place she plans to be every Friday through January, surrounded by dozens of other climate activists.

Most of the climate activists, who aren't even old enough to vote, join Fonda to demand that lawmakers take action to address what she calls "an existential threat."

"We have to be sure that the crisis that is climate change remains front and center like a ticking time bomb," Fonda said. "We don’t have very much time, and it's really urgent."

The focus will shift every Friday, ranging from the Green New Deal to fresh water and forests.

A lifelong feminist, Fonda fought in the Civil Rights Movement in the '60s and the Anti-Apartheid demonstrations in the '90s. Her opposition to war dates back to the Vietnam War. Some still refer to her as "Hanoi Jane," a nickname she got after being photographed sitting on a North Vietnamese anti-aircraft gun.

But now, her attention has turned to fighting the fossil fuel industry.

"Here’s the thing, 30 years ago the fossil fuel industry knew what they were doing," Fonda said. "The scientists told them 'we are destroying the environment,' and they knew it and they lied to us."

RELATED: Climate anxiety: Many young people wonder if they have a future

Fonda said the industry is preventing the U.S. from moving to renewable resources.

"If we had known 30 years ago, the transition away could have been gradual, incremental, moderate," Fonda said.

While Fonda will likely be the biggest name protesting on the Hill every Friday, she says it's the young people who keep her motivated.

"Young people are angry," Fonda said. "It's their future they see being taken from them by us old folks who have the power to do something about it. And they’re saying 'wake up.'"

Fonda is no stranger to civil disobedience. She said she was arrested five times in the '70s, and as she approaches her birthday, she's ready to celebrate from behind bars.

"I like the idea of being arrested when I’m turning 82," Fonda said.

As for convincing President Trump, Fonda says she'll stop at nothing to make the people in charge pay attention. She's open to taking the unconventional route to make him read the Intergovernmental Panel on Climate Change's 2018 report that says we have 11 years to reduce global temperatures.

"Maybe I’d go in with 10 beautiful women and we’d say 'Donald, Donald, read this. You know that if you pay attention to this, you’re gonna be a hero. You can save the world Donald.'"

RELATED: Climate change protesters chain themselves to sailboat in DC