With the sports world on pause, people find creative alternatives to sports

From Pokémon Go to Cup Pong, people are finding any way possible to get some sort of sports fix. 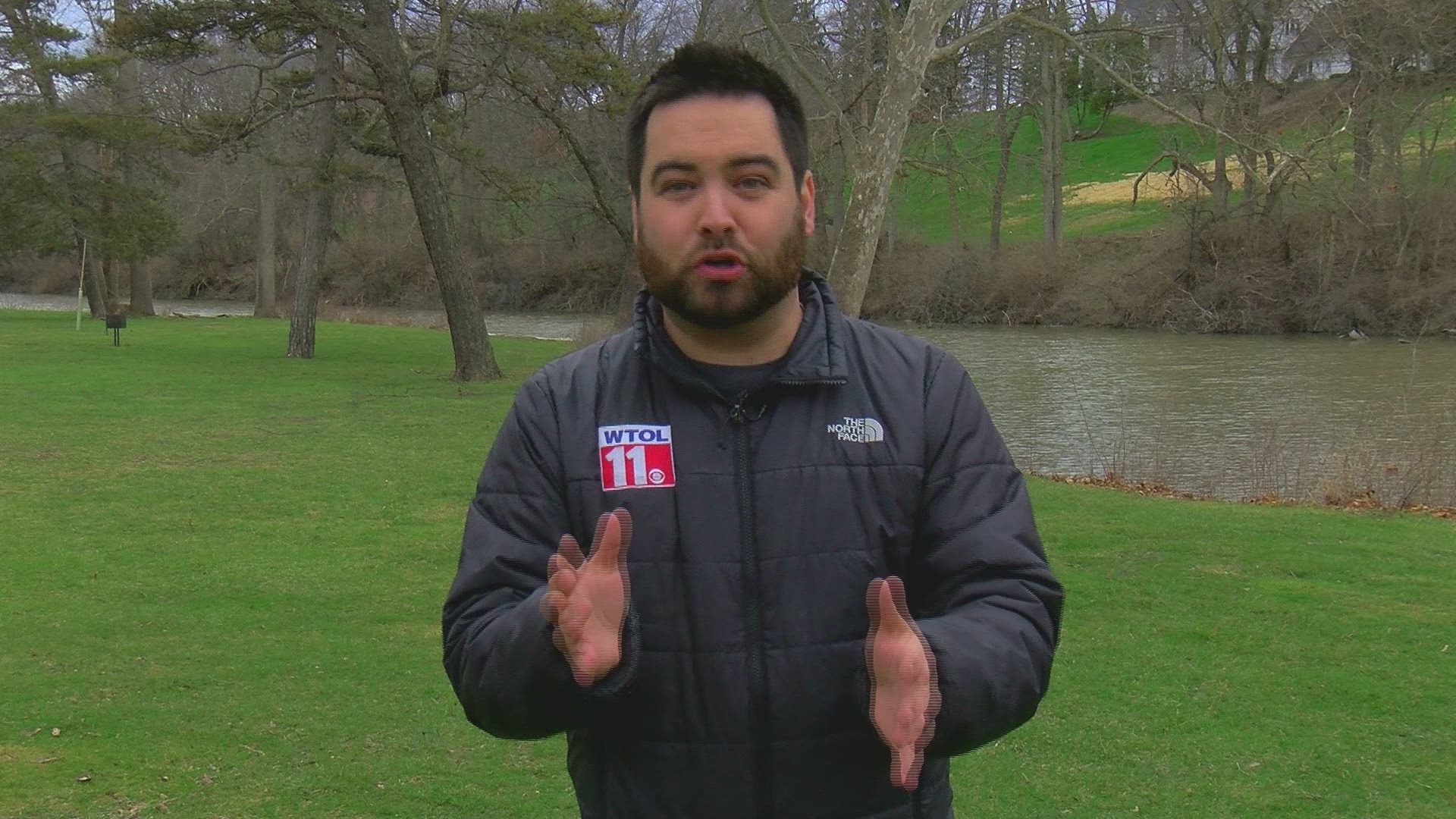 TOLEDO, Ohio — As you can imagine, I've had a lot of people reaching out to me asking, 'Jordan what in the world are you guys going to do?'

Come on guys, did you think I was just going to sit by and not find some sort of competition during all of this?

As I walked through Sidecut Metropark, I noticed a woman. Her name is Katherine Shearman. She looked like she was playing some sort of sport, so I had to join in.

Ok. Fine. Pokémon. I'll take it. I just need some sort of competition in my life.

This is one heck of an idea, and Katherine is very persuasive!

"Right now, it's free. It's out in the open. You can still play the game, while being socially distanced. It's something to do, you can still get your walks in, and still enjoy nature."

Ok, so that was good, but I know you're searching for some March Madness, and I've got ya! Our photojournalist Troy Gingerich found someone taking part in March Madness, sort of.

"We were figuring out what could we do to make up for that lost social connection, if you will. Within six hours, we had 66 people committed to playing," said Matt Dewire, the creator of the Cup Pong tournament. "A lot of people who didn't know what the app was, I just started sending it to them. I'm like 'hey, do you want to play cup pong?' All of a sudden, they started playing, they're like 'hey, this is fun, how can we play in this tournament?' People started signing up like that and the kids who did know what they were getting in to they signed up instantly. They needed some form of entertainment and low and behold, we had 66 people wanting to play."

"A lot of us have been doing FaceTime calls with whoever we're playing or with our friends who are in the tournament, so it's been a great way to catch up with people. Laugh for two, three hours a night. Again, it gives us something to do at the end of the day."

"We staked it with $50 just to make it fun and entertaining, so somebody has something to play for, but other than that, we needed something to do and this is how it came to be. We're doing fake press conferences during the thing, we're doing GIF's when people win. My tournament run lasted all of 20 seconds, as I got eliminated in the play-in game," said Dewire. "But hopefully the guy that beat me pulls a VCU and makes the Final Four."

Let's keep the positivity going. Tell me something good. If it's just you playing in the backyard with your kids or you've set up a bowling alley house, I don't care what it is, I just need some sort of sports right now to get us through this! Just text us 419-248-1100. You might see yourself on WTOL 11.

RELATED: IN THEIR WORDS | Jordan Strack has newfound appreciation for teachers

RELATED: Jason Candle buys food for first responders on the frontlines of the coronavirus pandemic