Savannah Isaac, just a freshman, won it all this weekend at the National High School Coaches Association wrestling tournament in Virginia Beach. 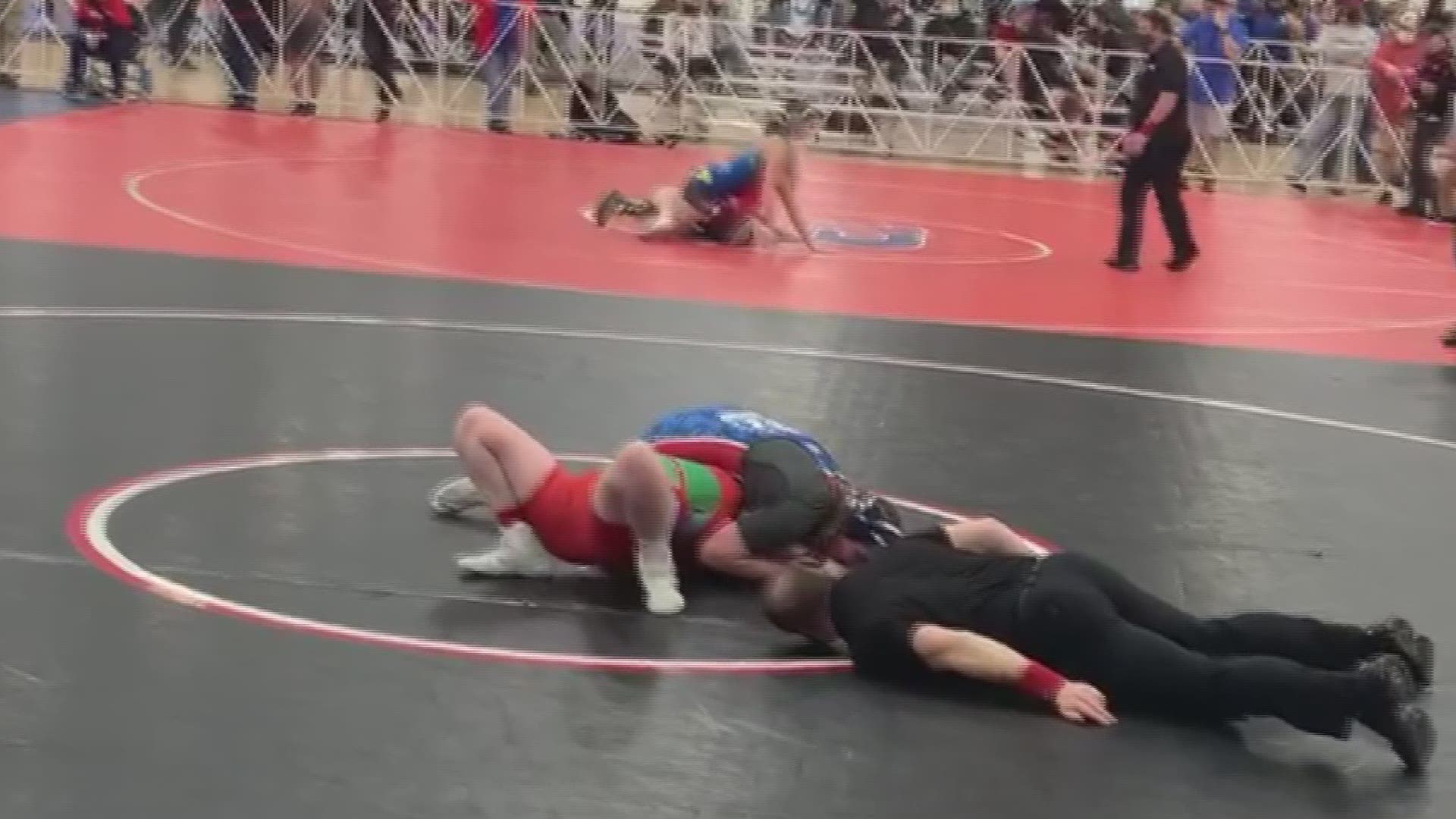 TOLEDO, Ohio — Whitmer is home to a national champion.

Savannah Isaac won it all this weekend at the National High School Coaches Association wrestling tournament in Virginia Beach.

"Felt pretty cool," said Isaac. "The rest of them weren't freshmen. I was the only freshman in there. I won the whole thing, just like state and it was pretty fun."

Savannah is the only girl in the Panther's high school program but to the rest of the guys, she's a teammate. She holds her own and as a freshman has already gained so much respect.

"My mindset is to just get better and better every day. To work as hard as I possibly can. No days off, just do everything I can possibly do," said Isaac.

"It is astonishing to think she is only 14 years old," said Fowler. "The sky's the limit for her. Her ceiling is so high. The near future is going to be awesome for her."

She's blazing a trail for others. The handful of girls in the Junior Panther's Wrestling program want to be like her one day.

"We take the high schoolers over to our JPW practices all the time and you can hear a couple of the girls say, 'Oh, there's Savannah!'" said Fowler. "It's really, really neat to see."