Derrius Mullins' journey to the field has been anything but easy. 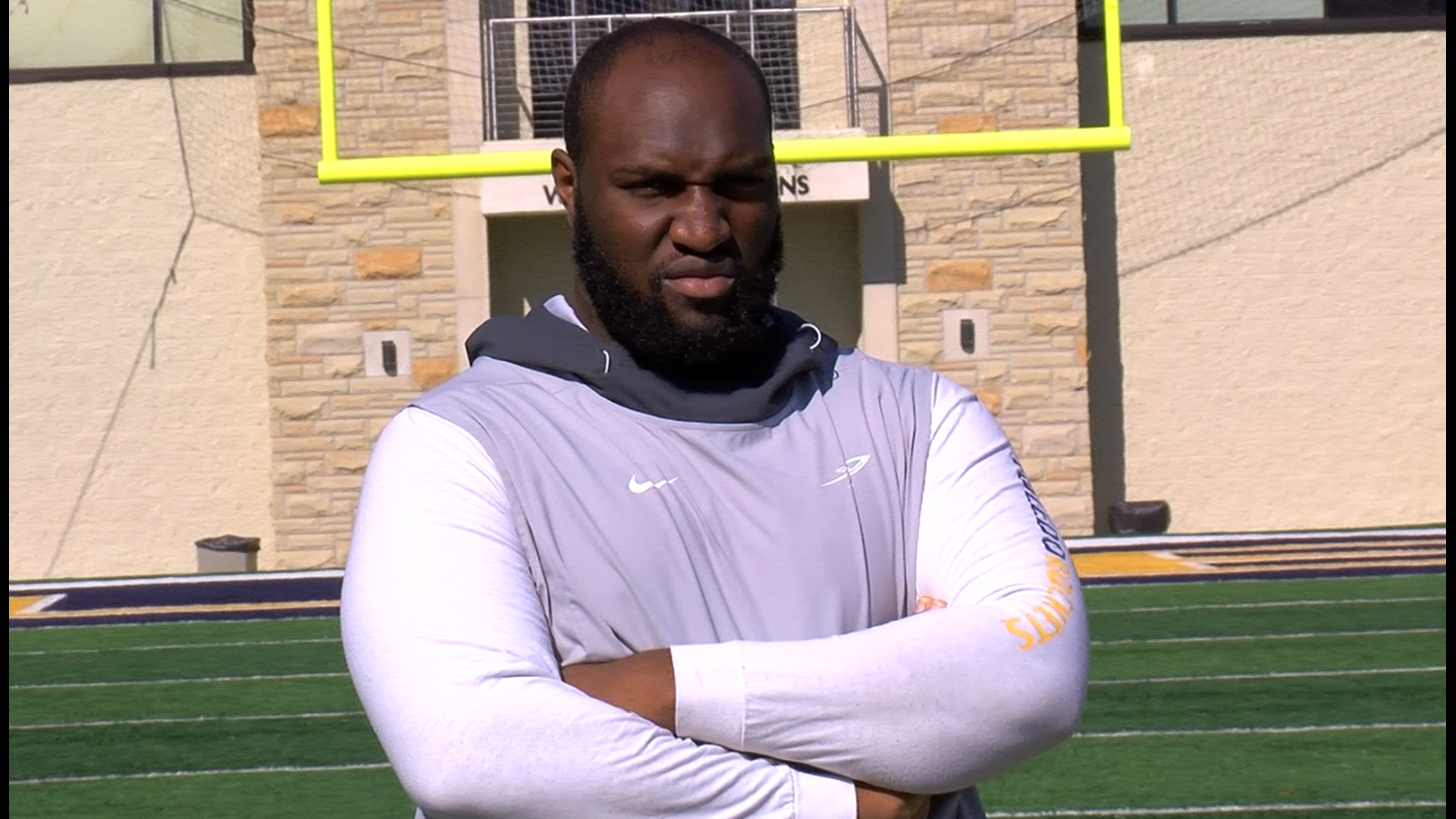 TOLEDO, Ohio — So many times in sports, we talk about adversity. It’s a cliché thrown around too often.

But, Derrius Mullins knows adversity. Before he became a defensive lineman at the University of Toledo, he lived through some unimaginable circumstances, and now he’s thankful to be alive to tell about it.

Derrius Mullins is becoming a regular part of the rotation on Toledo’s defensive line. Seeing the field has been a dream come true for the kid from Columbus. His journey to this point though has been anything but easy.

“In ’05, my mom and dad got in to an altercation that woke the whole house up and that was the first time he put his hands on my mom,” Derrius said.

Things got worse from there. September 10, 2006, Mullins father, Derrick Mason, was living in Chicago. But, he had come back to Columbus with a plan to murder his wife.

“I woke up and all I saw was flames in my face,” Derrius said. “All I saw was my mom on the ground crying and I had no clue what was going on.”

“I just made a dumb mistake,” Mason said in the courtroom. “I mean, I love Miss with all my heart. I really did. But I destroyed all my kids’ lives, and I just hope that one day somebody will forgive me.”

“You poured lighter fluid on her and set her on fire. That’s not a dumb mistake. That is a premeditated act in which you are trying to kill someone,” said Judge Julie Lynch.

Mason was sentenced to 18 years in prison, but the scars will forever be a reminder to Miss Mullins.

“I never thought you would be so selfish, and have total disregard, not just for me, but for our kids. You walked right past them and set me on fire," she said.

Setting Derrius’ mom on fire, as horrible as it was, wasn’t even his original plan. He later confessed that it could have been much worse.

“His original plan was to kill my mom at her job so she wouldn’t survive,” Derrius said. “Kidnap me and my little sister, then kill us two, then eventually commit suicide.”

Time has healed some wounds for Mullins, but that day and those moments are still fresh in his mind. Football has always been his escape. His dream was always to play Division I football. But, that was almost taken from him when he got to Toledo.

“Doctors said I couldn’t do anything for five months and that’s when I put on the weight,” Mullins said. “It was a very tough time for me to get through, but it didn’t phase me, because I know I went through harder things in my life.”

Mullins was diagnosed with an irregular heartbeat. He gained almost 100 pounds. His football dream was nearly ripped away from him. But this past off-season, he was cleared to resume working out and went from over 400 pounds down to 320. After everything he’s been through, he’s back on the football field.

“It feels like I finally made it,” Derrius said. “The things I’ve been through in my life, and all the hurdles, that pretty much paused this dream, I feel like my dream finally arrived. I can finally live and conquer my dream and do what I love.”

Derrick Mason is scheduled to get out of prison in October 2024. Derrius said they’re trying not to worry about that just yet. As for his mom, Miss, she is very open about the struggles they’ve been through and she is now a motivational speaker.

RELATED: No matter the score on the field, Jonah Meyer-Crothers is winning the game of life