Napoleon's historic final four run last year was ended by the pandemic. The Wildcats are ready to get back to Columbus and write their storybook ending. 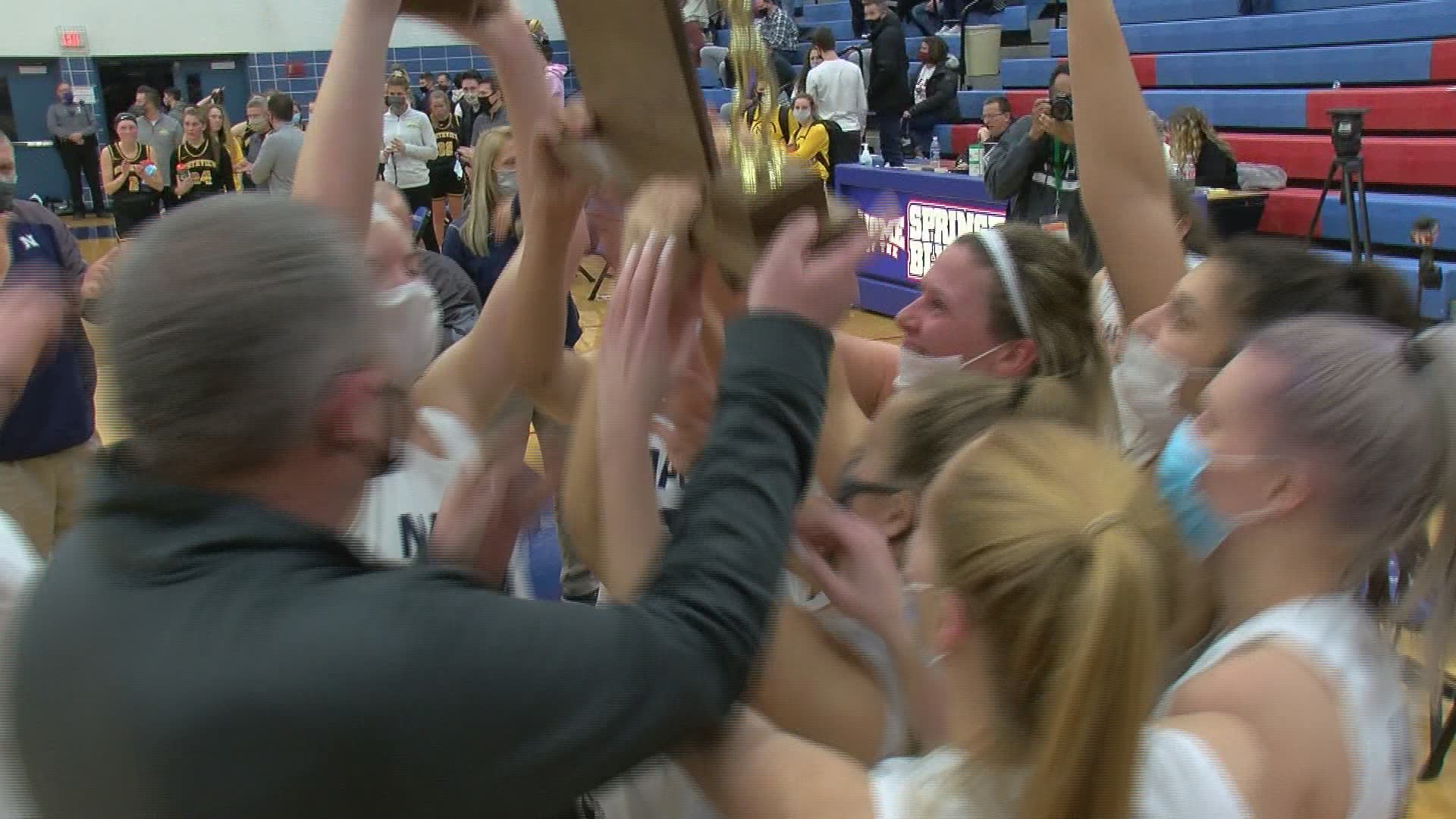 NAPOLEON, Ohio — Last March, the Napoleon girls basketball team was sitting in their hotel, hours from playing in their first-ever state final four. Then the pandemic hit and shut everything down, leaving them wondering what could have been. That day is still vivid in their minds.

The Napoleon Wildcats hoisted the NLL championship trophy Friday night. That accomplishment just scratched the surface of what's left to come. This team thinks about last March every single day.

"We think about it every day. It is always on our minds," said senior Taylor Strock. "Right when we wake up, that's what we work for, to get that moment back."

"I think it is on everyone's minds, not just the seniors and seniors. It was the whole community that was really part of that," said senior Caely Ressler. "We just used it as motivation over the summer and it will keep us driving the rest of the way."

The team that got them to the state final four is not the team they are this year. They know nothing is guaranteed. Not only do they want to get back to Columbus for themselves and their community, but for last year's seniors who didn't get that moment.

"The biggest thing we say is we are not the team we were last year," said Strock. "We can't think about how we played or what we did, we have different players. We are trying to find our groove and clean up what we need to get back."

"For everyone, especially us seniors, it's the feeling that nothing from here on out is promised. We have to go out every night, put on a show, and whatever happens, happens," said Ressler.

"I think it is going to be a memory forever," said head coach Corey Kreinbrink. "We've talked a lot about how last year was last year and this year is this year."