Harbaugh is 0-4 against the Buckeyes, while the Wolverines football program has dropped seven straight games.

ANN ARBOR, Mich. — Here’s the way it is at Michigan. They can have great season, after great season, but if they can’t beat Ohio State, it's a problem.

It may not be fair but that’s the reality for Jim Harbaugh as he prepares for The Game against Ohio State on Saturday. Since taking over as Wolverines head coach, Harbaugh has gone 0-4 against the Buckeyes. With the pressure on, he knows it’s time to deliver.

“I’m very aware of the rivalry, having played in it, having coached in it,” Harbaugh said. “I grew up here and my dad was a coach. As I liken the Michigan State game to a state championship, this is even bigger. We’re excited for the challenge.”

But as badly as Harbaugh needs this game, it’s arguable that the Michigan football program needs it worse. The Wolverines have dropped seven straight in the series and have only won two games against OSU since 2001.

“It would mean a lot for Michigan going forward with all aspects. With recruiting, with going forward to the next season and having some confidence to just keep this thing going,” said Wolverine linebacker senior Khaleke Hudson.

And if there was any doubt that the Wolverines had been thinking about this game all season, Michigan senior offensive lineman Ben Bredeson set the record straight.

“We've been taking this game personally all year. We've been preparing for it since last year,” said Bredeson. “[We're] very excited to finally have that chance to go play.”

Ohio State enters Saturday at 11-0. The Wolverines say they would love nothing more than to spoil the Buckeyes' perfect season and end OSU's run at a national championship.

Kickoff is set for noon Saturday at Michigan Stadium. 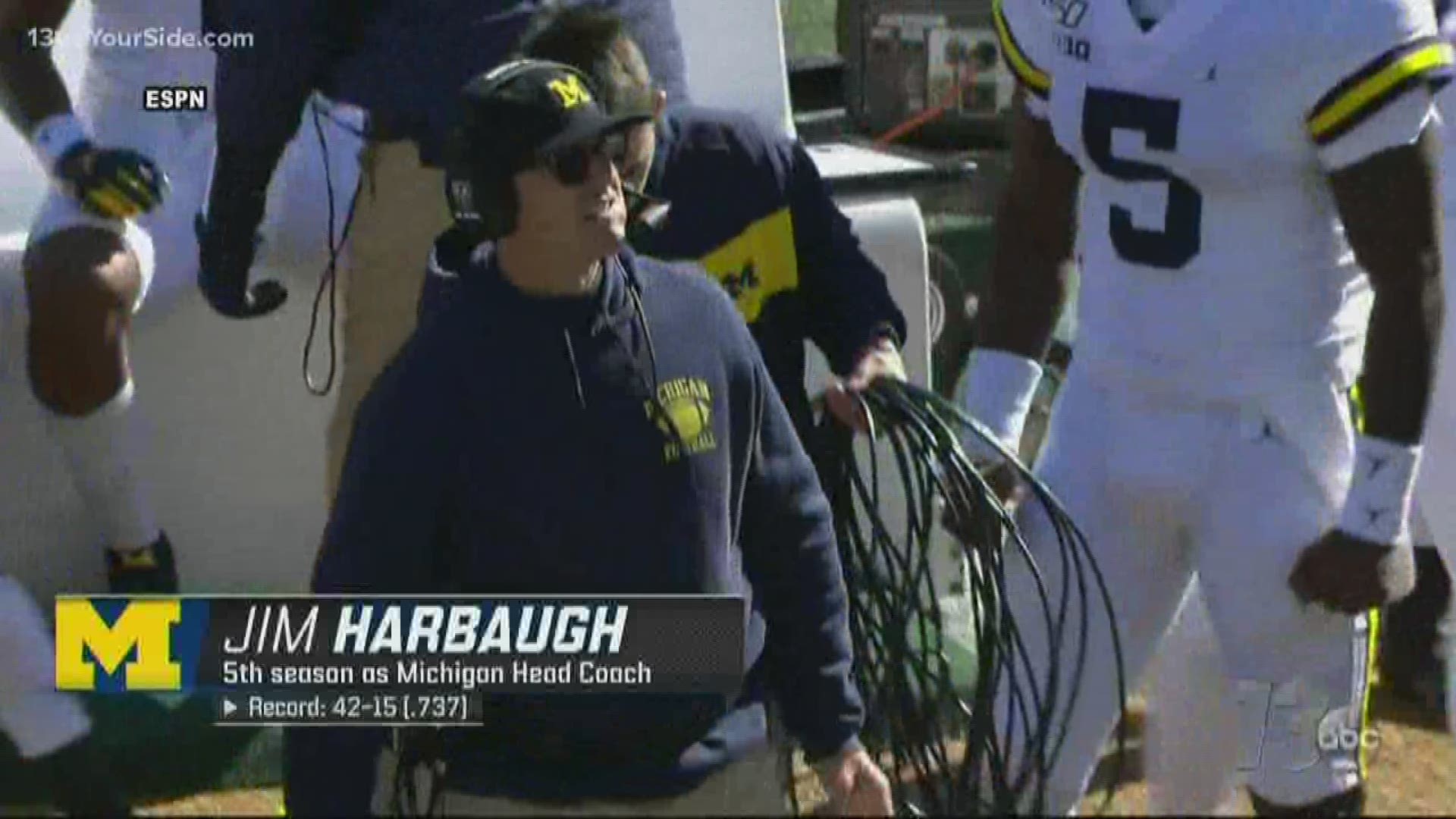 More sports coverage from 13 ON YOUR SIDE: