Originally, the Walleye had received the OK to start the season in February from the ECHL Board of Governors and the Professional Hockey Players’ Association. 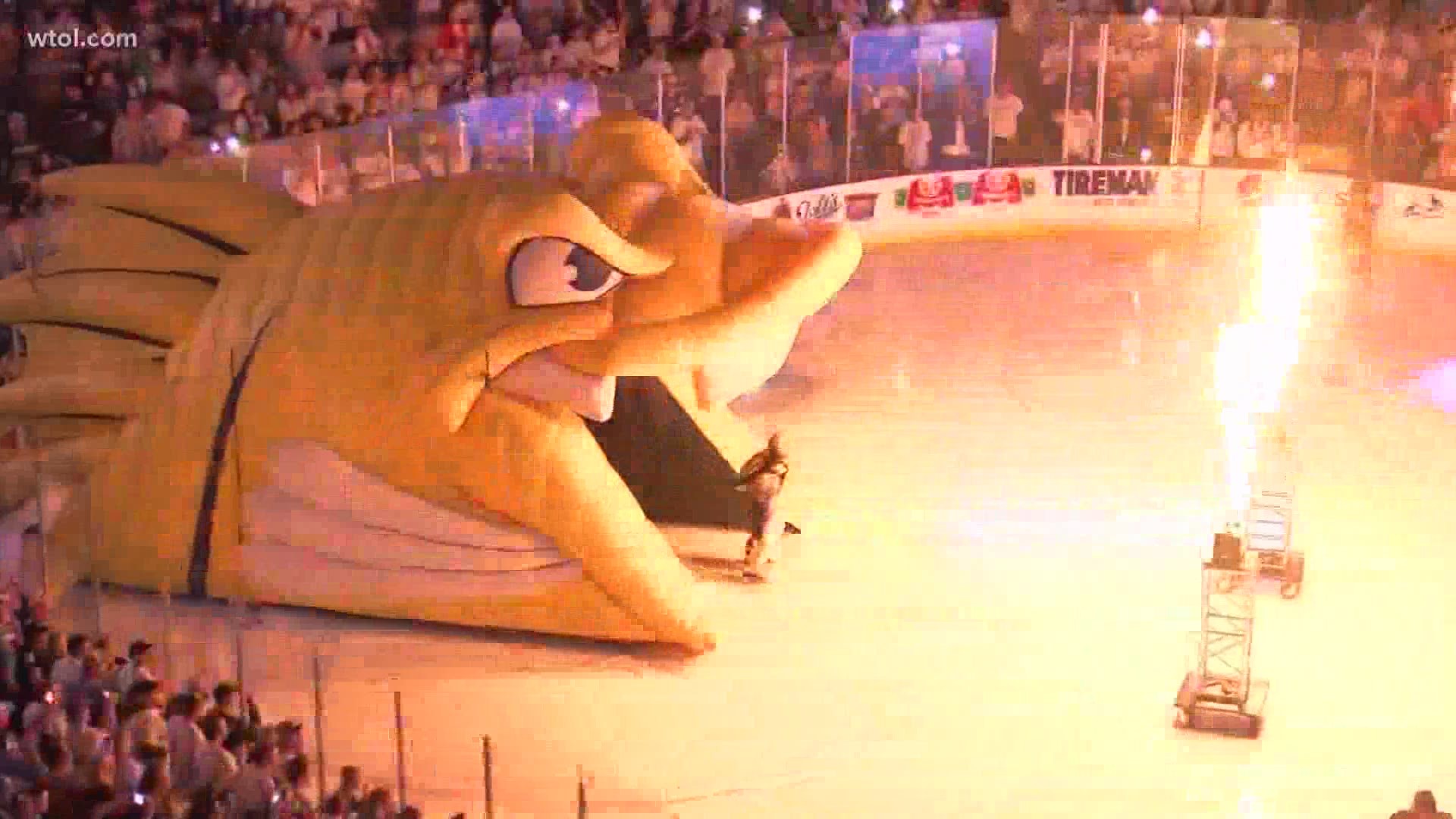 TOLEDO, Ohio — The Toledo Walleye will not have a hockey season this year after all, as they've opted out of the 2020-21 partial season.

Walleye players were notified of the decision Tuesday morning.

Originally, the Walleye received the OK to start the season in February from the ECHL Board of Governors and the Professional Hockey Players’ Association.

The decision is part of the ECHL’s Pandemic Voluntary Suspension program. The Walleye will return for the team’s 12th season in 2021-22 at the Huntington Center.

In November, the ECHL Board of Governors, in conjunction with the Professional Hockey Players’ Association had approved a February start for Toledo and Fort Wayne. Toledo now joins 11 ECHL teams who have opted out of the 2020-21 season - the six teams in the North Division: Adirondack, Brampton, Maine, Newfoundland, Reading and Worcester, plus Atlanta, Cincinnati, Idaho, Kalamazoo and Norfolk.

President and CEO Joe Napoli said, “We are grateful to the member teams of the ECHL who gave us the opportunity to push the start of our season to February. We had hoped the extra time would be enough for the vaccine distribution to begin to take hold and to loosen the COVID-19 attendance restriction for indoor arenas to the point where we could safely play a significant portion of the 2020-21 season in front of fans.

"Unlike Major League Sports that enjoy the benefit of national and international TV and streaming media rights contracts, the Walleye’s financial stability is dependent upon attendance, and the generosity of local sponsors. After much discussion, we have decided to turn our focus to a safe, healthy and successful 2021-22 season. We are heartbroken for our fans, our players, our employees and the downtown Toledo neighborhood that depends upon the success of the Walleye.”

BREAKING: The Walleye have opted out of the 2020-21 season, electing to take the ECHL’s COVID-19 Voluntary Suspension.

Toledo Mayor Wade Kapszukiewicz also weighed in on the news.

“This is obviously disappointing news for Toledo, hockey fans, and for local businesses that rely on the foot traffic Walleye games provide to attract customers,” the mayor said. “It underscores the importance of getting our community vaccinated against COVID-19 as quickly as possible, so we can all get back to enjoying the things about Toledo, like Walleye games, we love and miss so much.”

“It’s hard to put into words the disappointment we are feeling today,” said Neil Neukam, executive vice president and general manager. “COVID-19 has impacted all of us in so many ways. We had anticipated another exciting season for our fans, in spite of the challenges. Coach Watson had assembled a roster that held the promise of winning a championship and bringing the Kelly Cup home to Toledo. We remain committed to our fans, community and corporate partners, and the entire Toledo region and we look forward to celebrating T-Town hockey in October.”

And Head Coach Dan Watson said, “Today stings for all of us. FINatics, I very much appreciate your unwavering excitement and incredible support. The welcoming enthusiasm you showed for our assembled team did not go unnoticed by me or the guys. I want to personally thank our players who have patiently awaited the start of the season. My goal now is to help them find another team to play for this season, with the hope that when we return to the ice in 2021-22 many will be back wearing a Walleye jersey."

It’s official: The players have been informed now - The Toledo Walleye have opted out for this season.

Word has been circulating for a few days now, but it is now confirmed.

The Walleye's decision to not play brings the total number of ECHL teams opting out to 12 out of the 26 teams.

For season ticket holders, plans will be rolled over to next season if they have not already chosen to do so when the option was offered in December. Season ticket holders will be allowed to keep their seats, ticket price and status. Ticket Consultants will contact ticketholders in the coming weeks. More information is available at this link.

Under the terms of the ECHL/PHPA Collective Bargaining Agreement, all players who have signed ECHL contracts with Toledo, Cincinnati, Idaho and Kalamazoo are free agents for the 2020-21 season immediately. 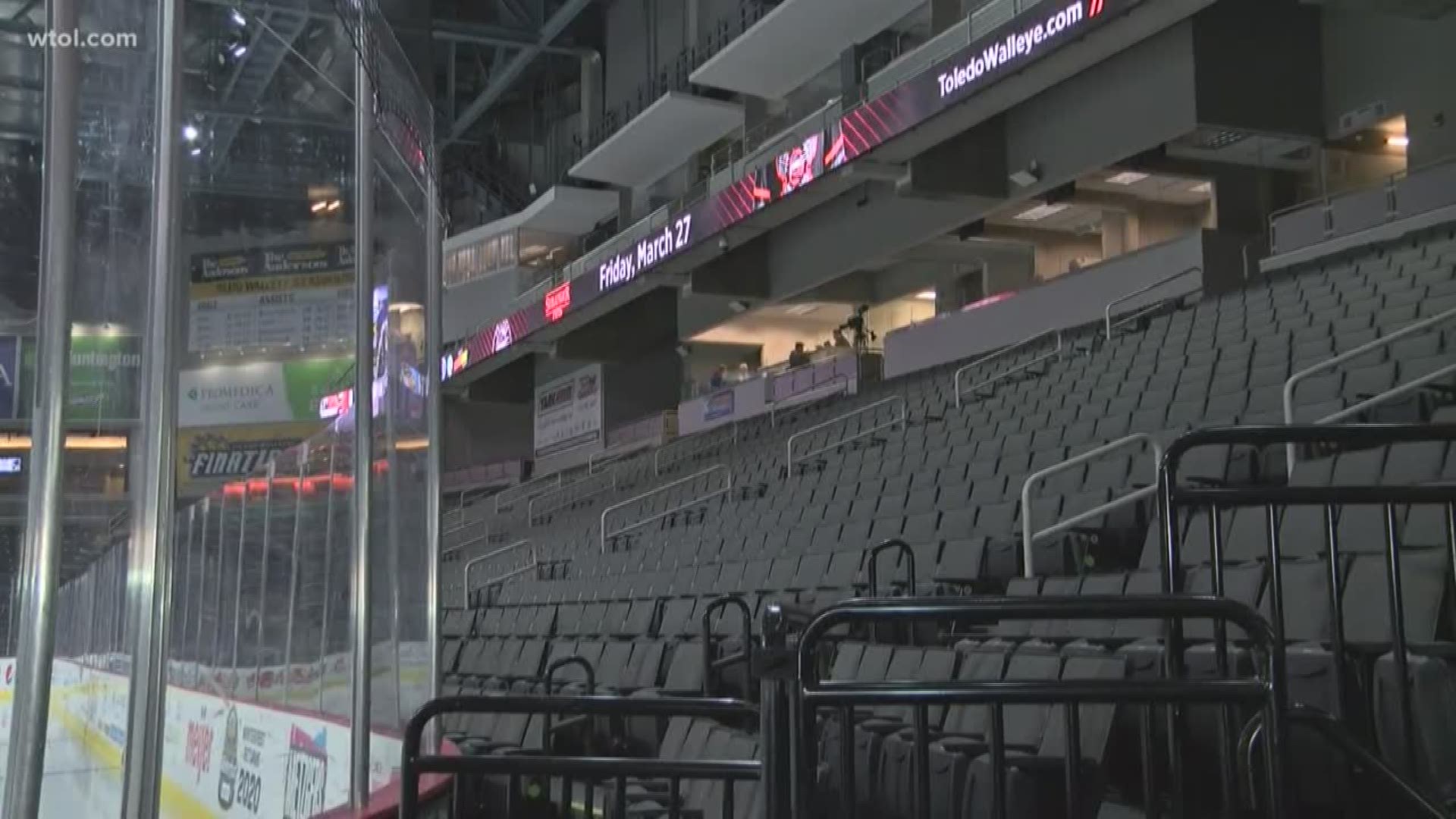