The controversy behind custom cleats in the NFL

Trending on Twitter Sunday, a big debate about players who wear custom shoes. 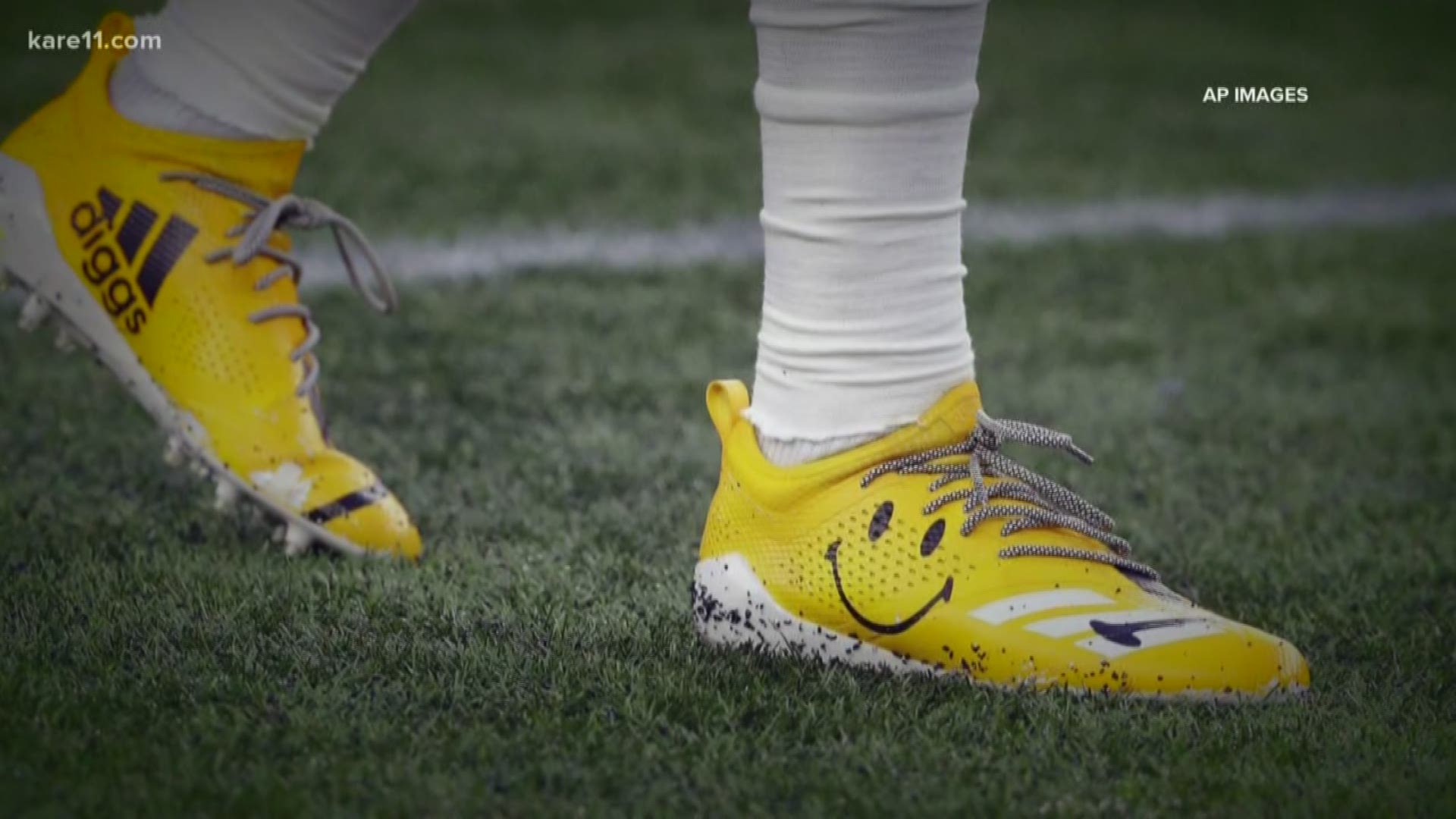 MINNEAPOLIS — The NFL has been called the no fun league.

But pre-game, players have had fun with their footwear.
Sunday, Stefon Diggs wore cleats celebrating the return of Popeye's famous chicken sandwich.

He's worn Starbucks themed cleats too.
But fans accused the NFL for singling out Odell Beckham and Jarvis Landry for wearing these cleats during the game.

“I am pretty sure they changed the rule and cleats wasn't a big deal,” Beckham told reporters Monday. “I've seen people in cleats that are completely different from the team and wear them on a prime-time game but when it comes to me it just is not the case.”

Creative cleats are only allowed during pregame and that is why the league told Beckham and Landry they couldn't play the second half unless they changed cleats. A Vikings team uniform inspectors told me players know if they wear any "equipment that is non approved by the league” including footwear they are subjected to be fined.

Trending on Twitter Sunday, a big debate about players who wear custom shoes.

But that is not true.

“It is fine to wear those cleats if it is pregame but once you get into the game you all under the leagues equipment and uniform policy. Once the game starts you have to be complainant with the leagues uniform policy unless it is during the My Cause My Cleats camping,” Sports journalist Dave Schwartz said.

Players can wear custom cleats during week 14 of the season. It's part of the NFL's My Cause My Cleats campaign. Hundreds of NFL players showcase causes they support. Schwartz said a lot of the shoes are auctioned off to help raise money for charities.

Previously, players may have gotten away with wearing custom made shoes during the game but not anymore. Team uniform inspectors are paying close attention and are league officials.