A future date for the game to be played will be evaluated in the future. 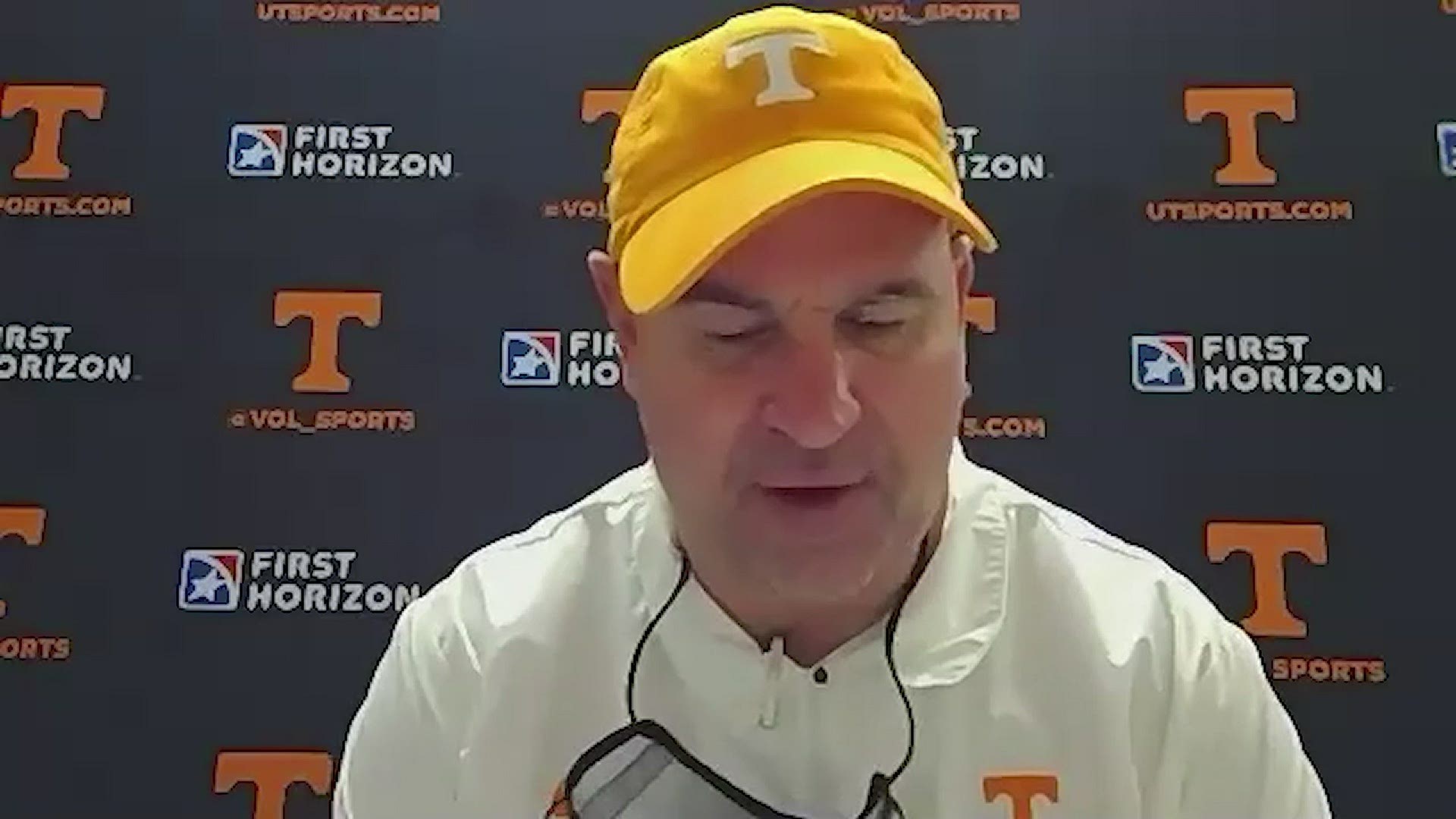 KNOXVILLE, Tenn — Due to the postponement of Arkansas vs. Missouri this weekend, Tennessee vs. Vanderbilt has now been postponed for a to be determined date, the SEC office announced on Monday night.

The Arkansas at Missouri football game of November 28 has been postponed due to combination of positive tests, contact tracing and subsequent quarantining of individuals within the Arkansas football program.

The Vanderbilt at Missouri game is the rescheduling of a game postponed on October 17. The game will be played at Noon ET on Saturday on the SEC Network.

The Tennessee at Vanderbilt game is postponed for the purpose of facilitating the rescheduling of the Vanderbilt at Missouri game. This rescheduling of games allows for the continued opportunity for all 14 teams to play all of its 10 games in the 2020 season.

"As we continue to adapt to the current realities, it important to remain flexible as we move forward in the final weeks of the season," SEC Commissioner Greg Sankey said. "Contact tracing continues to be the biggest contributing factor to game interruptions. We will continue to manage the remaining weeks of the football schedule to allow for as many games to be played as possible."

The opportunity to reschedule the Arkansas at Missouri and Tennessee at Vanderbilt games will be evaluated, the SEC said in its announcement. The rescheduling of games on the remaining SEC football schedule will include December 19 as a playing date.

Tennessee's next scheduled game falls on Dec. 5 against Florida in Neyland Stadium.