While student-athletes are allowed to begin working out on campus, it doesn't come without some strict guidelines that have been put in place. 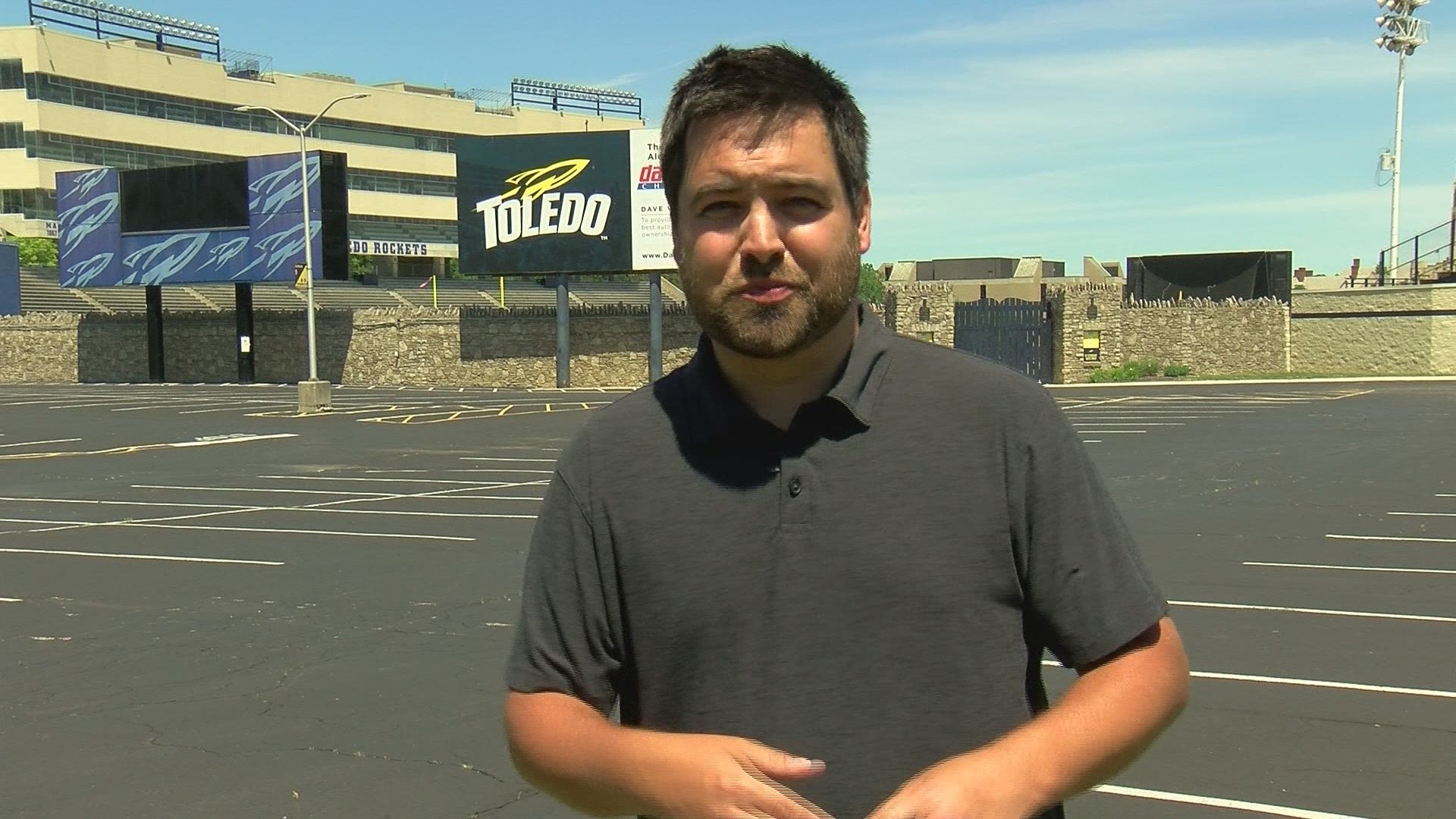 TOLEDO, Ohio — For all of us hoping that sports will be making a return sooner rather than later, today one major hurdle was crossed at the University of Toledo. Student-athletes are allowed back on campus for voluntary workouts, but there will be some strict guidelines in place.

First, everyone must complete a University Safety Commitment pledging to not come to campus if they’re sick, they will continue to have good hygiene, including washing their hands regularly.

“We take it a step further every day they come in the building, they’ll be screened, temperature screen, ask if they have symptoms, then they’ll be cleared to enter the building," said Brian Jones, Associate Athletic Director for Sports Medicine at the University of Toledo. "They also had to complete a form for us that gave us an idea if they’ve been in contact with anybody that had the virus, if they have any symptoms associated with that. All that was done even before they came back.”

If an athlete does test positive for COVID-19, the Lucas County Health Department will be notified immediately.

“They’ll contact trace with us so if we have to quarantine, roommates, etc., it will be a conjoined group of people working with a positive (test).”

For Brian Jones and his team, they’ve had to adjust how they operate on a daily basis.

“As an athletic trainer, you’re involved in ankle sprains and quad contusions and shoulder rehab. That’s down at the bottom of the list right now. It’s all hands on deck for COVID-19 screens and being part of this for the last six weeks. We want to be 110% correct. Even though we are, there’s still going to be a problem. So, if someone says they’ve got it all figured out, they’re full of it, because there’s no way this will be navigated without some bumps in the road. Your hope is that you have a plan in place to navigate those bumps with the least impact possible.”

Right now, these are all voluntary workouts and athletes are only in the buildings on campus for roughly 90 minutes a day. One major emphasis has been to educate their student-athletes on what they’re doing to stay safe for the other 22 and a half hours a day as well.

RELATED: Racing at Toledo Speedway returns this weekend with no fans

RELATED: Perrysburg baseball returns to the field to begin workouts for summer