Statistics form a decades-long bond at the University of Toledo

Jack, Mary, Rick, and Mike have been courtside or in a press box for countless Rockets home games. They’ve built a bond that runs far beyond any stat line. 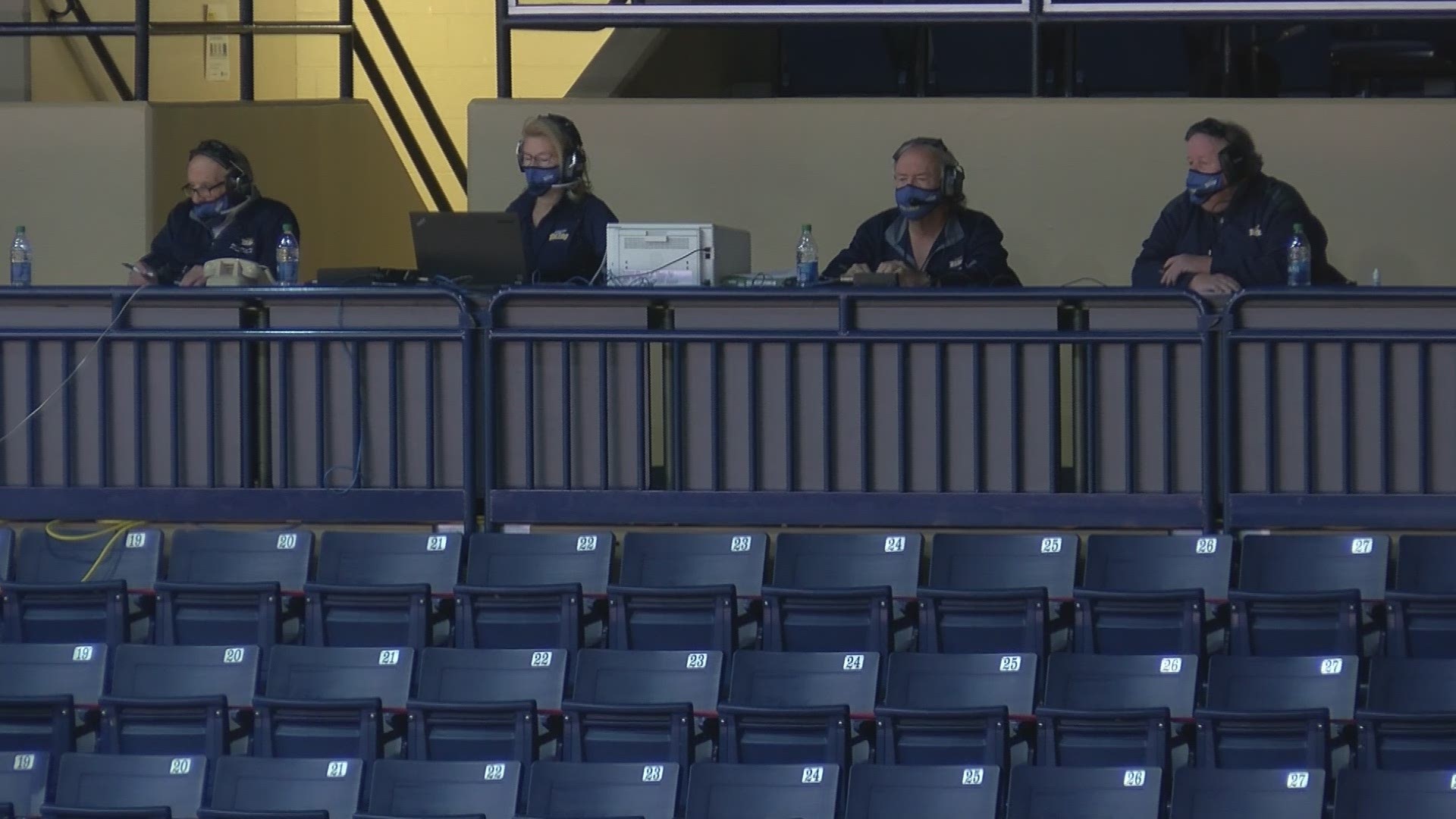 TOLEDO, Ohio — They’re the unsung heroes of a Toledo sporting event. For over three decades, Jack, Mary, Rick, and Mike have been doing all of the stats at Rockets football and basketball games. You likely don’t know their names, but they play a critical role in every game.

They have been courtside or in a press box for just about every Rockets home game as far back as any of them can remember. They’ve built a bond that runs far beyond any stat line.

"I can't imagine watching a game anymore without them," said Mary Morrison. "And certainly the way that I watch the game has changed over the years. Sometimes you would come to a basketball game and you sit and watch for enjoyment, well now I find myself even on television, watching where things are at on the court, who's taking the shot, and if there's a rebound. The four, sometimes five of us, really have a great time."

The process has changed over the years. Jack started doing stats for Toledo back in the early ’60s. Mike has been around for over 40 years. Mary for over 30 years. Back when they all first started, the process certainly looked much different than it does now.

"When we first started it was all pen and paper," said Mike Bruning. "Now the computer pretty much does everything. I'll call the game, Mary keys it, Jack does the subs, and Rick is like a jack of all trades."

They’ve all got a unique part in this ever-changing process, but one thing remains the same... their love for the job.

"I like it," said Jack Streicher. "You get to see the games. Of course, you suffer when they're not doing too well, but you see the good times too."