This is the first time in program history that the Titan baseball team has made it to state. 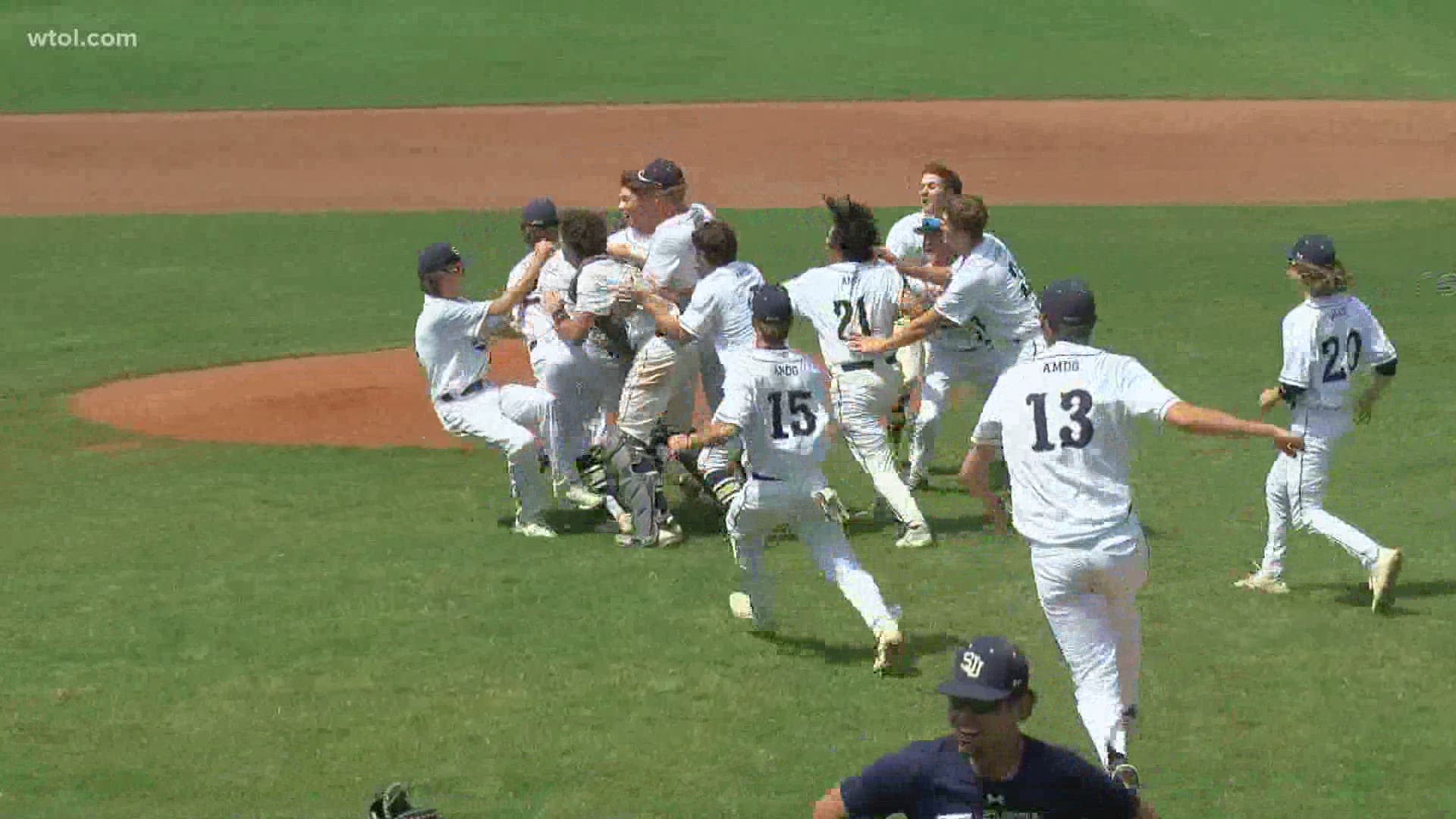 The Titans trailed 3-0 heading into the fifth inning but they weren't quite ready to give up their dreams of going to state.

St. John's scored one run in the bottom of the fifth to get on the board, before scoring three more runs in the sixth - enough to put them in the lead and win the game.

St. John's is led by first-year head coach Sam Fischer who was doused with ice-cold water after the game by his excited players.

It's the first time in program history that the Titans will appear in the state final four.