Jay Denman is playing both golf and baseball at the same time while pursuing a master's degree at Lourdes University. 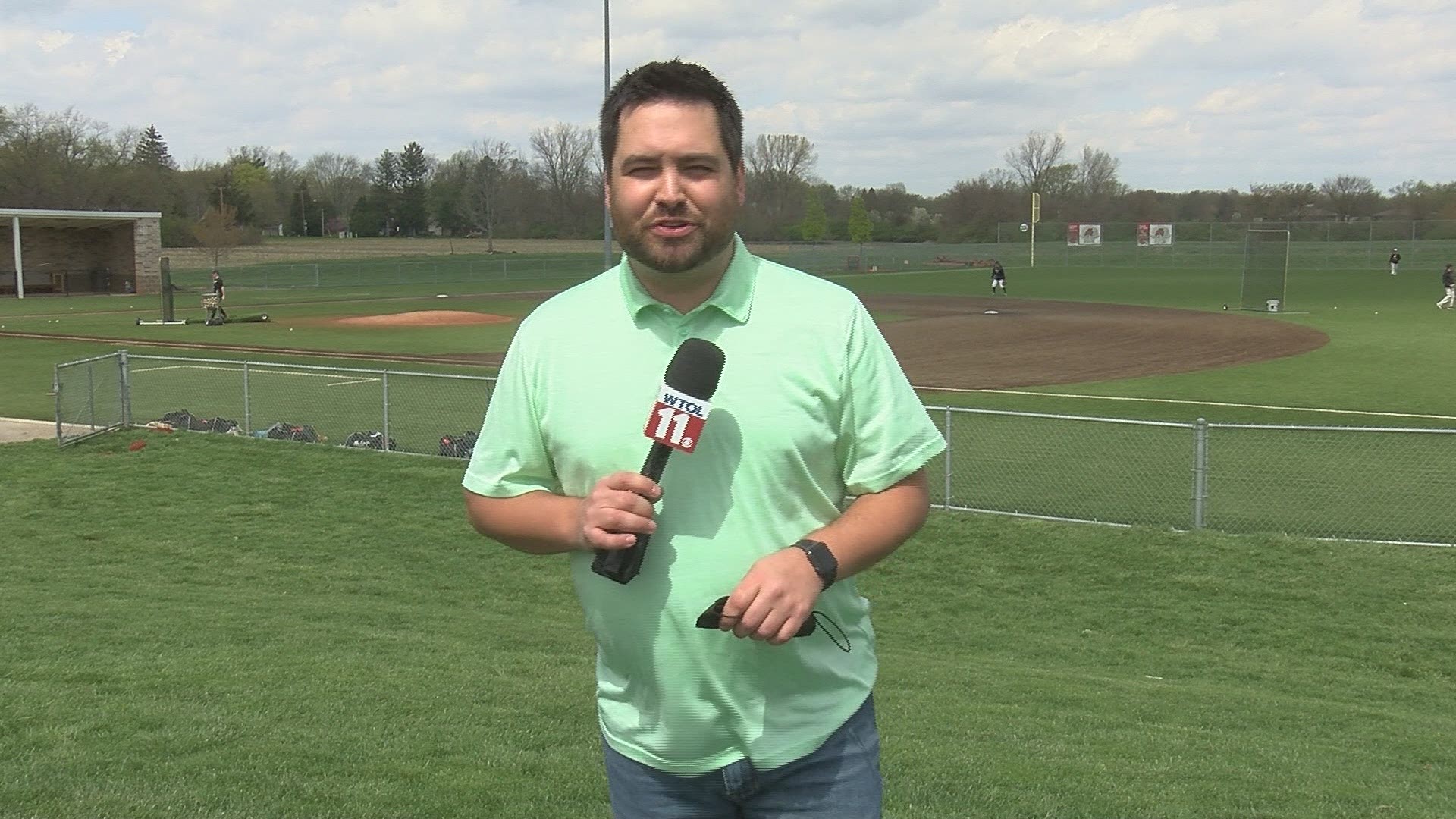 SYLVANIA, Ohio — Now in his fifth year at Lourdes University, Jay Denman has a pretty good routine down.

Just yesterday, he played in a golf tournament in the morning, and then raced over to Mercy Field to play the second game of the baseball doubleheader.

"For me, it's been the same process for the last five years," said Denman. "Just found the right fit for me to be able to play two sports that I love. I played hockey in high school as well, but it was kind of a culture shock coming here and playing baseball and golf. For me, just balancing the schedule. Being organized is the biggest part for me to be able to be successful in both sports that I do."

Perspective is key. He’s playing two sports that can be mentally grueling while also pursuing a master’s degree in Business Administration.

He makes sure to get homework done early in the week so he can focus on games and tournaments on the weekend.

"Being able to play two sports that I love is better than playing one," said Denman. "If I have a bad day at the baseball field, I can look forward to the day on the golf course or vice versa. It's nice to be able to balance both of them."

"It's awesome," said Lourdes baseball head coach Josh Bradford. "What's really impressive is it's not just baseball and golf that he excels at, he does great in the classroom. He's everything you want a fifth-year guy to be."

Denman thought his baseball career was over last year when COVID-19 canceled the season, but he’s beyond thankful for another shot to keep playing.

"You're on borrowed time at this point," said Denman. "Just going out there like every day is your last. Last season, I never thought I was going to get the chance to play baseball again. So, COVID kind of opened my eyes last year because I thought, 'Wow, my baseball career is over with just the blink of an eye.' But being able to get this year of eligibility back, it was huge for me."

This past week, he was the conference player of the week for baseball. He helped Lourdes to a 3-1 record.