The former Blue Devil star turned down a full-time job in Chicago. 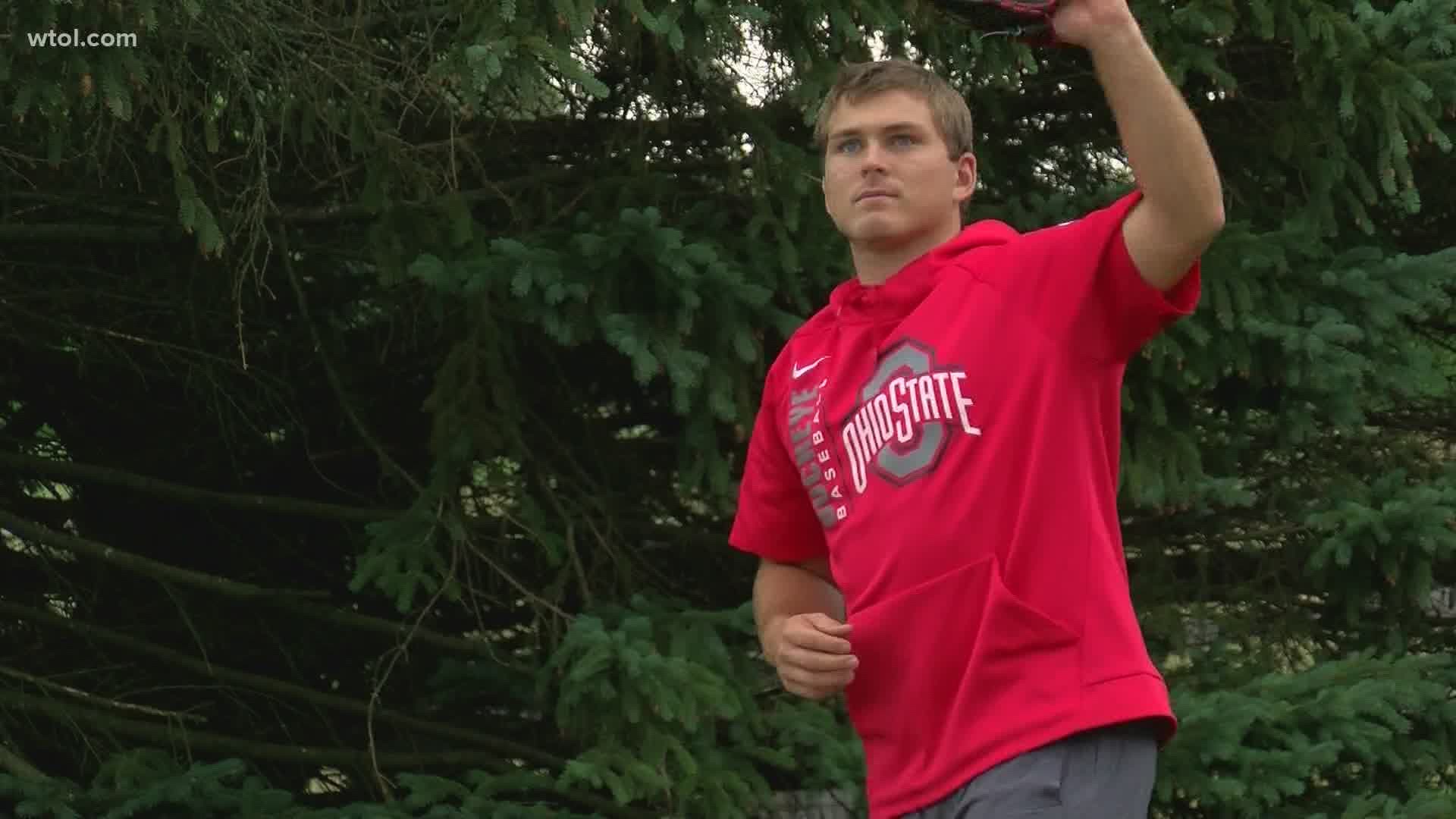 HOLLAND, Ohio — Scottie Seymour had a decorated career at Springfield High School. As a quarterback, he was one of the most productive players to ever come out of the NLL. In baseball, he was equally successful.

After high school, Seymour joined the Ohio State baseball team as a walk-on. Before this season was canceled, Seymour had worked his way into a starting role in 6 of the Buckeyes 14 games. But it was August of last year when Seymour had a major decision to make. He had a job offer waiting for him in Chicago working in investment banking. It was a full-time gig. His degree would be completed. But the chance to go back next year for one more season at Ohio State was something he couldn’t pass up.

“The place is special,” says Seymour. “It’s hard to describe. Ohio State is just awesome. Being an athlete at Ohio State is just incredible. Being part of the baseball team is honestly a privilege. It was something in the back of my mind, knowing I couldn’t live the rest of my life knowing I had that extra year, and I was setting dreams aside just to join the workforce. That didn’t sit well with me and I think I made the right decision.”

For the summer, Seymour is back living with his parents here in Northwest Ohio. Still hitting in the backyard cage that his dad and brother built years ago. He’s already graduated with honors from Ohio State with a double major in finance and economics. When he’s not training, he’s doing a virtual internship with Wells Fargo.

“It’s hard, it’s kind of strange, as an intern you learn so much from the people that were in your shoes and are now full-time,” says Seymour. “They’re giving you assignments and you fail next to them and you learn from them. It’s hard to fail on your own and get guidance from them and be as little annoying with video calls and emails as possible. It’s difficult to learn, but fortunately for me, my employer was awesome enough to make it virtual and be flexible as possible to keep us in a learning environment.”

For Seymour, he’s always wanted to play professional baseball. That’s still the dream. But he’s working to set himself up for life after baseball and so far, he’s carved out on heck of a path for himself.

“This journey is something that started since the spring of my freshman year,” says Seymour. “I’ve just been following along, calling people, calling alumni from Ohio State, networking with people in the industry to learn as much as possible. Last summer, I experienced it firsthand for 10 weeks in Chicago, and I’m experiencing it now albeit in a virtual setting.”

His baseball dream is still alive and well, but he’s already got a plan far beyond the diamond.