It happens often that schools have foreign exchange students, but to have two that both play hockey is rare. 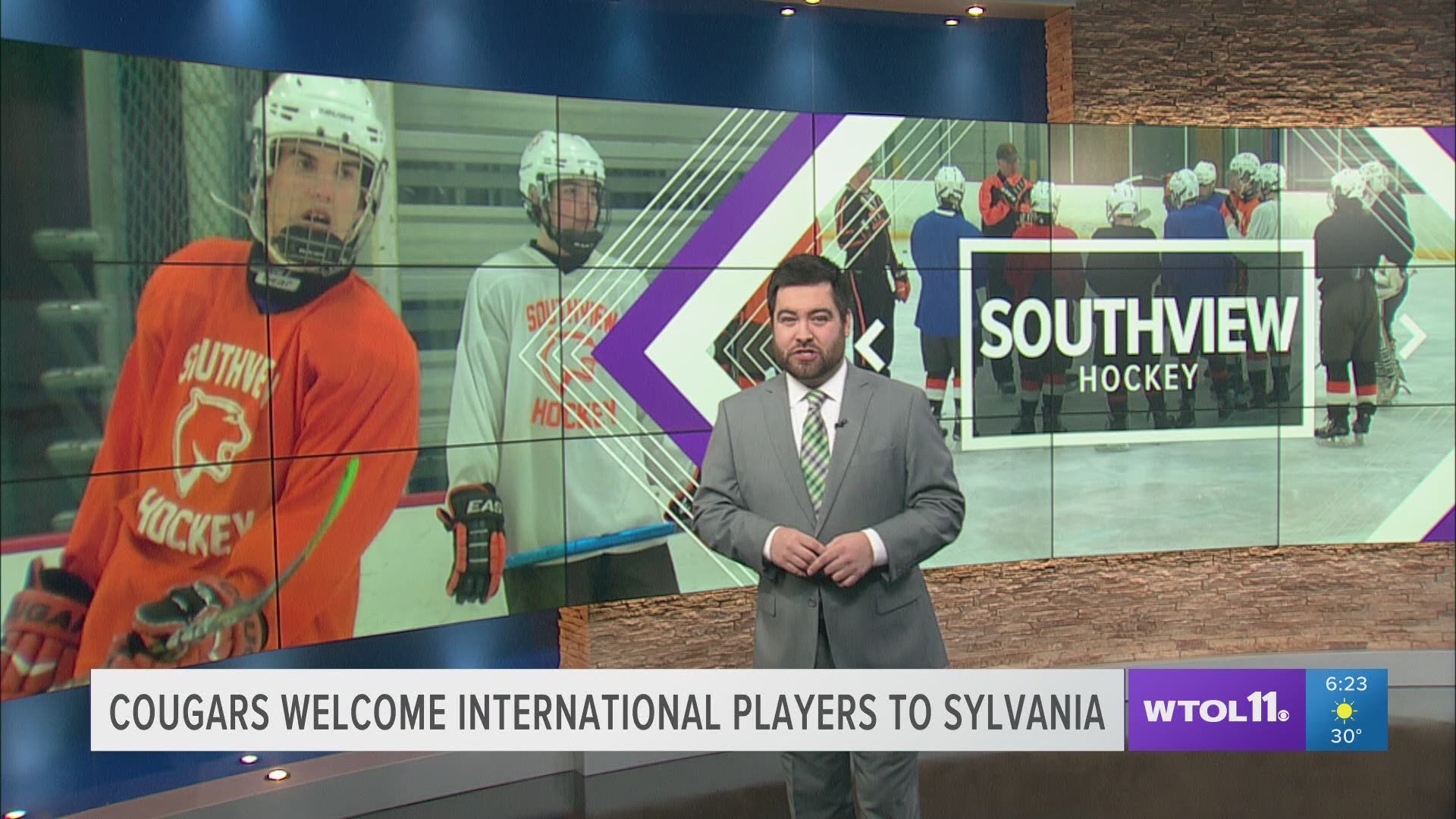 SYLVANIA, Ohio — Southview hockey doesn’t have the biggest squad in Northwest Ohio, but they have something other teams don’t, international flare.

Owen Holmes is from Norway and Oliver Horvath from is Slovakia. While they may speak different languages, there’s one thing they are fluent in, hockey.

"It's fun just playing some hockey with our friends," said Horvath. "We just try our best and try to win the championship."

"We know the game, we've played since we were kids so it's just an easier way to bond to each other," said Holmes. "It's perfect. We're just both in the same boat. It's good."

The two new additions were a welcome sight for head coach Wayne Collins, no matter how far they had to travel to get here.

"To begin with, our numbers were down anyway," said Collins. "We weren't sure on our numbers, but gaining two players, whether from this country or another country, was definitely heartwarming."

Owen is staying with the Pattinson's, who aren’t complete strangers. Owen's dad used to live in the states and is Greg Pattinson's cousin. He met his wife in college and moved to Norway. As a dual citizen, Owen has always wanted to come visit the states.

"They stopped over in July, they were in the states for about a month and they came over and checked everything out. Made sure everything would be good," said Pattinson. "It was kind of nice that he got the little trial version and then we got everything set up and got him over here in August."

Owen has noticed differences in American hockey versus what he’s used to in Norway.

"It's definitely more physical," said Owen. "A lot faster, more skill. It's great, I love it."

Another thing Owen is really excited about, like most teenagers, is getting his driver’s license.

He’s been doing driving hours with the Pattinson’s, but right now his focus is on driving Southview hockey through the state tournament.