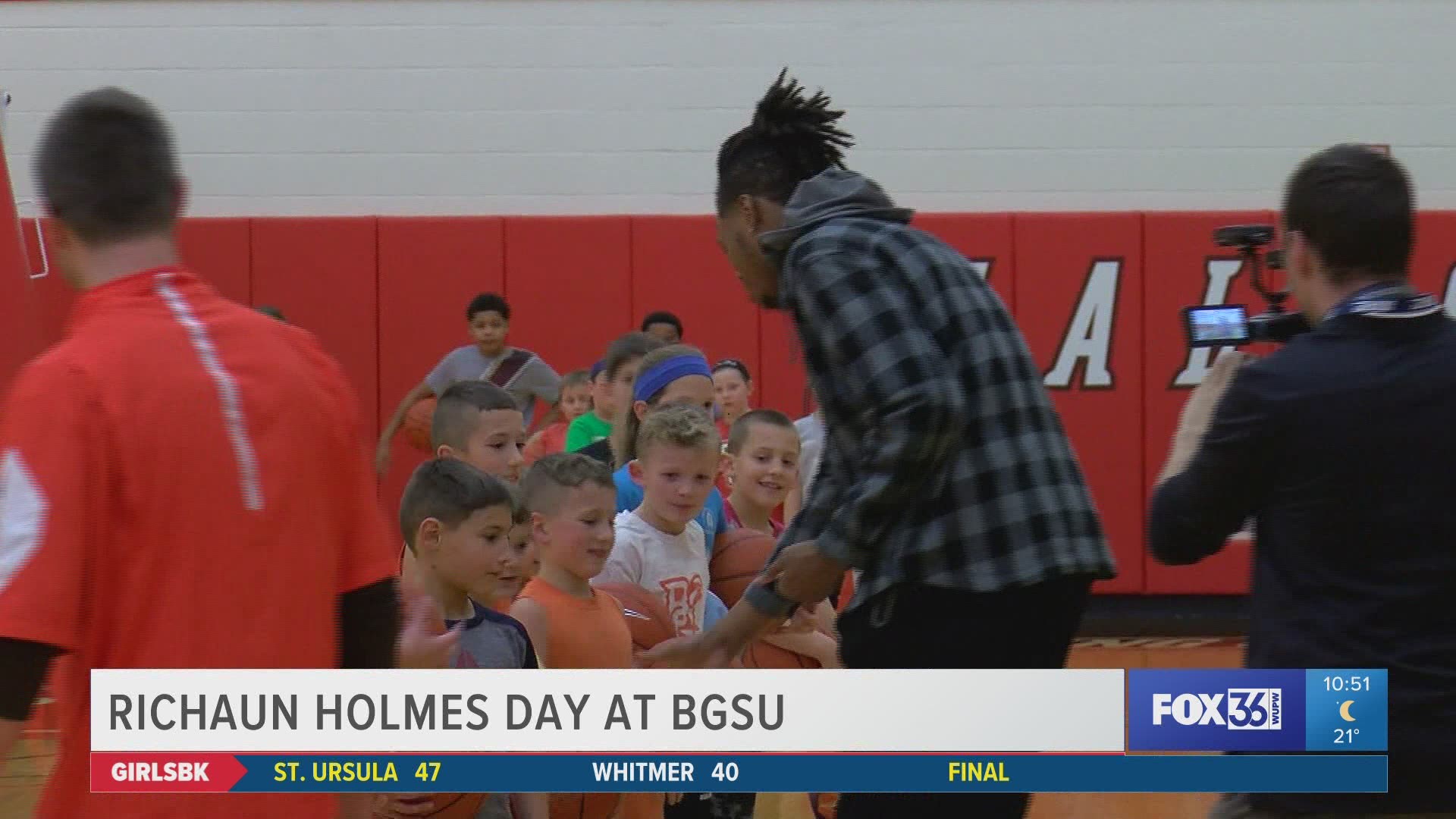 At the BG game tonight, they welcomed back Richaun Holmes.

He held a camp for kids before the contest. The former Falcon has become a really solid NBA player, now in his fifth pro season playing out in Sacramento. He's having the best year of his career, averaging 13 points per game and 8 and a half rebounds. Tonight, he was honored at his alma mater and the journey he's made over the last five years is a very impressive one.

"It's been amazing. Could not have done it without the support I had from here and this coaching staff," said Richaun Holmes. "Guys pushed me and believed in me when I was here."