Anthony Wayne, Oak Harbor, Liberty-Benton and Archbold all advanced to regional finals with wins on Tuesday. 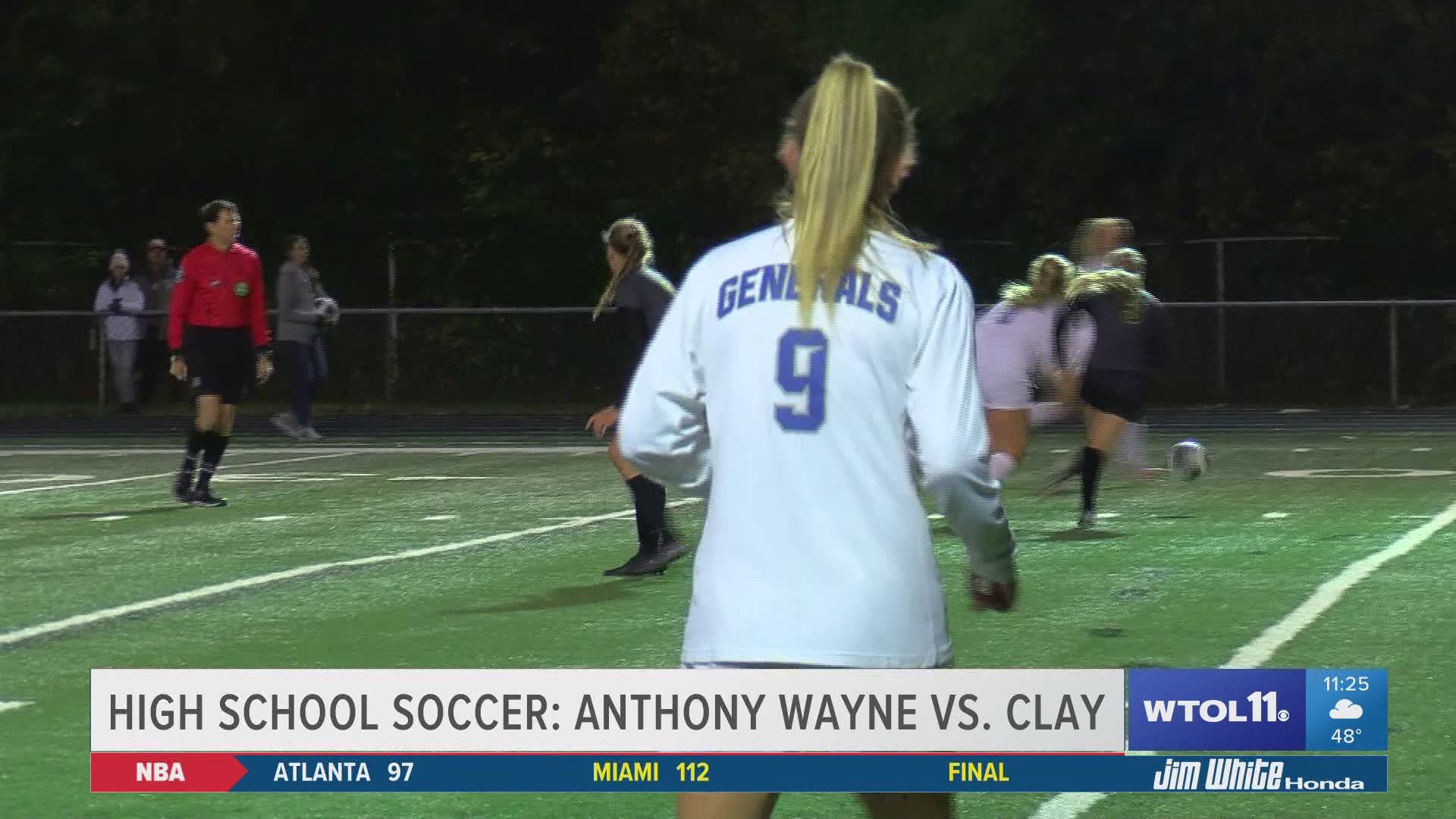 TOLEDO, Ohio — Regional semi-finals wrapped up on Tuesday and it saw plenty of action as Anthony Wayne, Oak Harbor, Liberty-Benton and Archbold all punched their ticket to the regional finals.

The Generals beat Clay 2-1 in a hard fought battle and remain unbeaten on the season.  With the win they move to 20-0-0 and advance to play Strongsville in the regional finals on Saturday. The time and location of that game has yet to be announced.

In division two girls soccer Oak Harbor would win in a thriller.  The Rockets beat Celina in penalty kicks to have the chance to play on Saturday.

They now play Madison Comprehensive High School.  The time and location have also not yet been announced for this matchup.

In division three there were two contests that saw Liberty-Benton and Archbold advancing to the regional finals.

Liberty-Benton won 1-0 in double overtime to hand Eastwood its first loss on the season. They were 20-0-0 and ranked second in the state of Ohio for division two coming into the game.

Lastly, Archbold struck early and never looked back as they defeated Spencerville 2-0 to advance to the regional finals.

With the win they will now play Liberty-Benton as each team looks to advance to the state semi-finals.  Time and location has also yet to be announced for that game.