Perrysburg's Tanner Dickinson likely to be selected in NHL draft

Dickinson is one of three from northwest Ohio expected to be taken in the draft. 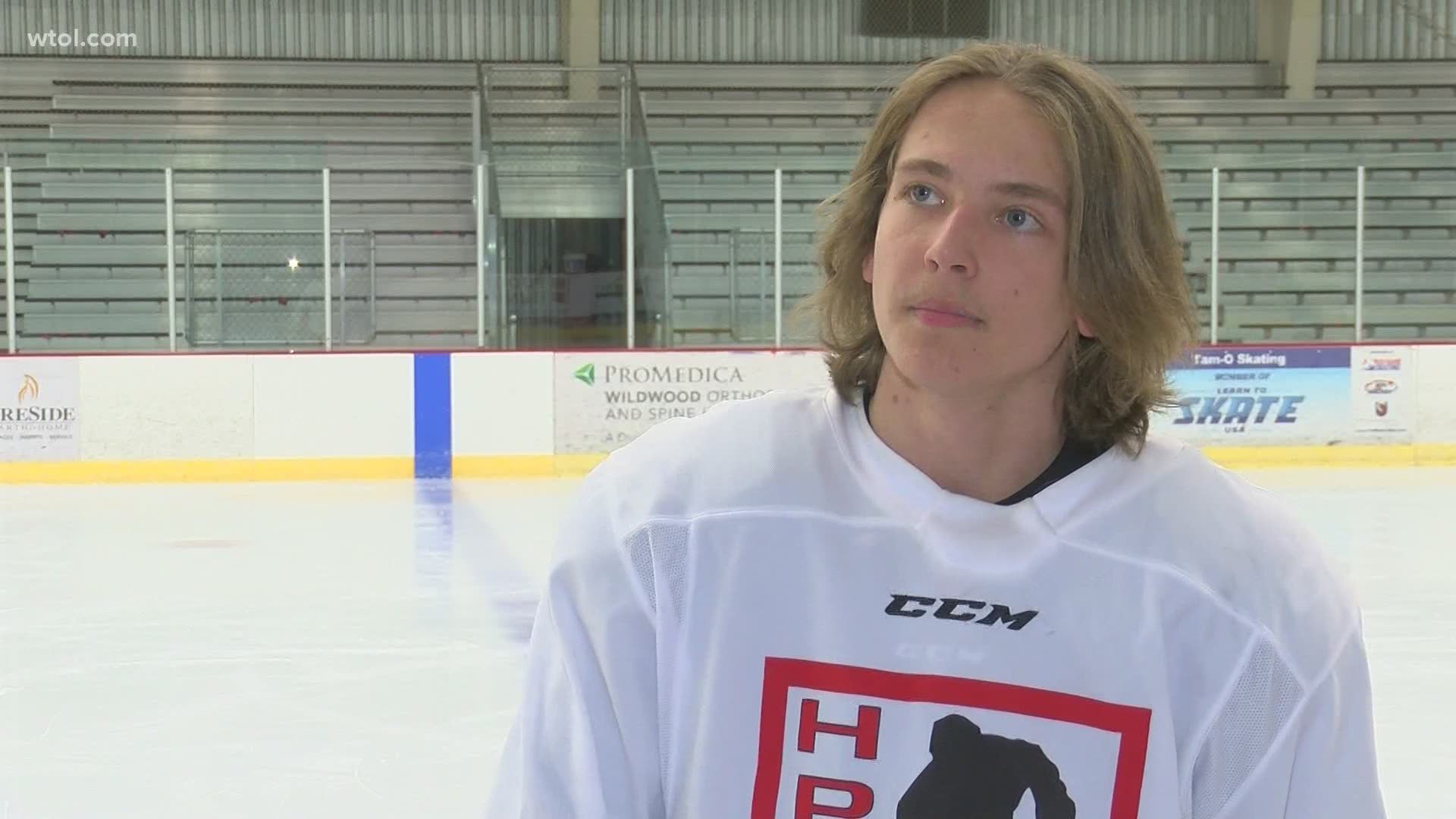 PERRYSBURG, Ohio — Tanner Dickinson has accomplished just about everything an 18-year-old can accomplish in the game of hockey.

He’s represented his country multiple times in international competitions and had Division I college coaches fighting for his services. Now, the ultimate prize: he’s got NHL franchises watching every move he makes on the ice as the NHL draft approaches.

“Obviously it’s something I think about a lot,” Dickinson said. “That something I’m looking forward to and hope I get selected in. At the end of the day, if I don’t get picked, whether I do or not, I’ve just gotta keep putting effort in and go 100% all the time. I think it would be an awesome experience. It’s something I’ve worked my whole life for, but at the end of the day, I don’t get to decide that. I’ve just gotta keep working hard and getting better.”

During this process, everyone is under the microscope. Dickinson is very aware of what NHL teams like and dislike about his game.

“They really think I’m a good skater and have good hockey IQ and know the game with good vision,” Dickinson said. “The concern is really putting weight on. I’m up 16 pounds so far since I’ve been home, so I’m working on that.”

Dickinson is ranked 67th among North American skaters by NHL Central Scouting, which would have him potentially picked in the 3rd round (not factoring in European skaters or goalies, who are ranked separately), but the draft is known to be highly unpredictable.

Dickinson had a huge decision to make last year. He was originally committed to play at Ohio State, but ultimately chose to play for the Soo Greyhounds (based in Sault Ste. Marie) of the Ontario Hockey League. The OHL is one of three major junior hockey leagues that, together, are known as the Canadian Hockey League; considered the highest tier of junior hockey in North America.

“I’m happy with the decision,” Dickinson said. “Obviously Ohio State would have been a great place for me to play as well, but the style the Soo Greyhounds play is perfect for me and I fit really well in to the system.”

Since 1990, only two players from northwest Ohio have been selected in the NHL Draft. This year, Dickinson, Ben Schoen and Mitch Miller should all add to that list.