Ohio Olympic hopefuls react to report that the Tokyo games will be cancelled after the year long delay due to COVID-19. 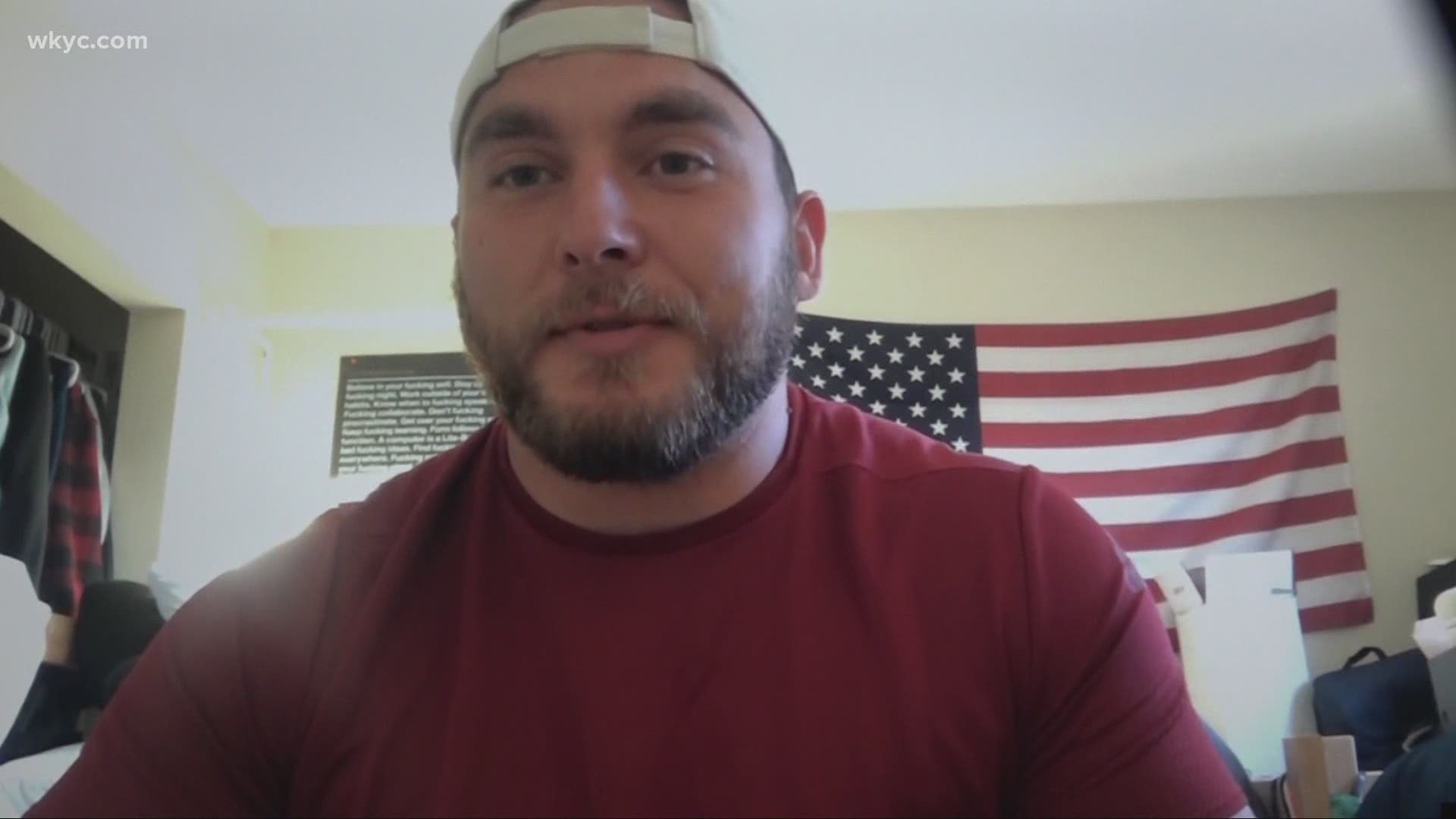 OHIO, USA — A new report says the Japanese government has privately decided that the Olympic games will have to be cancelled. Despite public denial from organizers, this is starting to feel eerily similar to last year for Olympic hopefuls.

“The Olympics are so important,” says Sean Donnelly. “I mean, it comes once every four years and the amount of work that goes into it can not be understated,” he explains.

Donnelly is currently ranked in the World's top 20 for hammer throwing. The Willoughby South grad competed in the 2016 Olympic trials, hoping for a trip to Rio, but came up short. So he set out to train and prepare, currently residing at the Chula Vista Olympic Training Center in California, with his eyes fixed on Tokyo.

“I fully changed who I am as an athlete, in hopes of making this team. Just for this one sliver of glory that happens every 4 years,” says Donnelly.

Now, a new report from The Times of London, says that organizers have privately decided to cancel the summer Olympics and focus on securing the games for a future year. This comes as much of Japan is under a state of emergency due to COVID-19.

Although organizers have shot down the report, uncertainty is still growing. Vaccinations in Japan won’t start for another month and a recent poll shows that 80 percent of people there want the games to be postponed again, or cancelled. Cancelling the games would be a devastating blow to Japan, after investing billions of dollars into hosting the Olympics. If cancelled, it would also be a blow to athletes who’ve been training their whole lives for this shot.

“You begin to realize how fragile your athletic career can be in terms of injuries and stuff like that,” says Donnelly. “So being 27, I’d have to wait another four years and be 32. Who knows what will happen in the mean time.”

Meanwhile, Columbus, Ohio native and decorated Olympian, Simone Biles, is also worried about the likelihood of the games. In an interview with the Today Show, she admits this Olympics could possibly be her last.

“I definitely do feel older every morning whenever I wake up and I go into the gym,” says Biles. “So, I’m just really listening to my body and seeing how it goes.”

With all of the uncertainty, the only thing athletes can do is keep training and make sure they’re ready this summer for whatever happens.

Donnelly says, “I see both sides of it. I don’t want the Olympics to get cancelled but also, I understand if they do.”

A crucial date to keep an eye on is the March  25: it's when the Olympic torch is scheduled to begin its trek to Japan. March was also the month when organizers decided to postpone the games last year, which gives us an idea of when we should hear something official.