Simone says: Olympic champion pushes for change in, out of pool

As one of the few elite Black athletes in the predominantly white sport, Simone Manuel is focused on helping swimming become more racially inclusive. 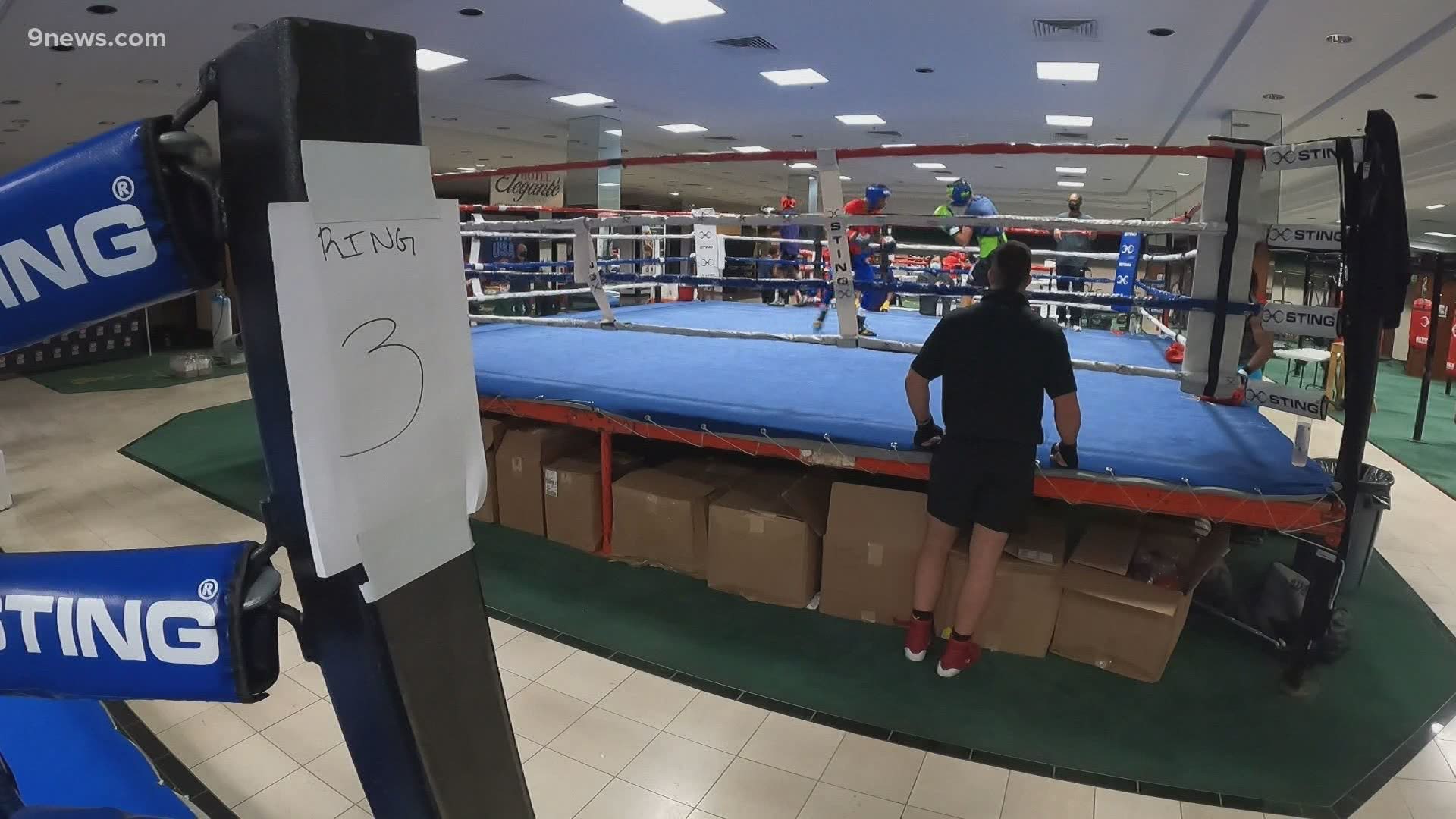 Editor's note: The attached video is about USA Boxing setting up a gym in an abandoned apartment store to train for the Olympics.

The pool has long been home to Simone Manuel. Outside of it, the Olympic champion is pushing herself in a new endeavor to boost the profile of women’s sports.

She joined with fellow Olympians Sue Bird, Chloe Kim and Alex Morgan to launch TOGETHXR, a media and commerce company aimed at girls and women. It will create content for social media platforms like Instagram and TikTok as well as its own YouTube channel. Billie Jean King cheered its announcement this week.

“I can’t wait to share everything we have in store,” Manuel tweeted. “There has never been a place for women that exist like this. It’s about damn time.”

Manuel has been busy making her own news in the water. She broke out at the 2016 Rio de Janeiro Olympics, becoming the first Black woman to win an individual gold medal in swimming with her victory in the 100-meter freestyle, one of four medals she earned.

In 2019, she became the first American woman to sweep the 50 and 100 freestyles at the world championships.

She’s aiming to defend her 100 free title at the Tokyo Olympics, delayed for a year by the coronavirus pandemic. When Stanford closed its facilities last March, Manuel and training partner Katie Ledecky found a backyard pool to work out in.

“If you think about it, we’ve essentially been training for five years for the Olympics, so it takes a lot out of you and it takes a lot of mental strength to continue to push on through this period,” Manuel said Thursday in a virtual interview. “We’re all kind of going through the ebbs and flows of how to train for an extra year.”

Although the self-critical Manuel wasn’t pleased with her time, she won the 100 free on Thursday at the TYR Pro Swim meet in her home state of Texas. She touched in 54.62 seconds at the indoor pool in San Antonio. Abbey Weitzel was second at 54.68. Ledecky took third in 54.74.

“Got the win which was nice, but I would’ve liked to see something better than that,” she said. “I’ve always found my confidence from training and training’s been going really well.”

She competes Friday in the 200 free.

It’s Manuel’s return to national competition for the first time during the pandemic. She takes consolation in the fact that all the world’s athletes have been going through “this crazy time.”

“Obviously, we’ve been dealing with it for a year but this is not normal,” she said. “Just leaning on my teammates and leaning on my family and friends, and trying to make the best out of the situation. Sometimes when you go through obstacles, it’s you and you alone, but there’s kind of a sense of community.”

Manuel has used the unexpected time to do good in Northern California. She and a corporate partner teamed to give 1,000 laptops and free WiFi for three years to students at recreational facilities in Oakland.

RELATED: Tokyo Olympics add 12 women to executive board to reach 42%

As one of the few elite Black athletes in the predominantly white sport, Manuel is focused on helping swimming become more racially inclusive.

She’s been outspoken on Twitter about everything from social justice to the crisis in Texas involving major utility failures that left people without power, heat and running water. “We as a country need to do better to take care of everyone,” she posted.

Also Thursday, Ledecky easily won the 400 freestyle in 4 minutes, five seconds for her second victory of the four-day meet. She won the 1,500 free by over 21 seconds a day earlier.

Caeleb Dressel finished eighth in the 200 butterfly and third in the consolation final of the 100 freestyle in his only events. The dominant American men’s swimmer over the last four years was headed home to Florida to attend a wedding. Dressel got married last month.

The pandemic that delayed the Tokyo Olympics for a year has done no favors for Ryan Lochte. The 12-time Olympic medalist is bidding to make his fifth games at age 36. He failed to make it out of the preliminaries, finishing 32nd in the 100 free and 25th in the 100 breaststroke.