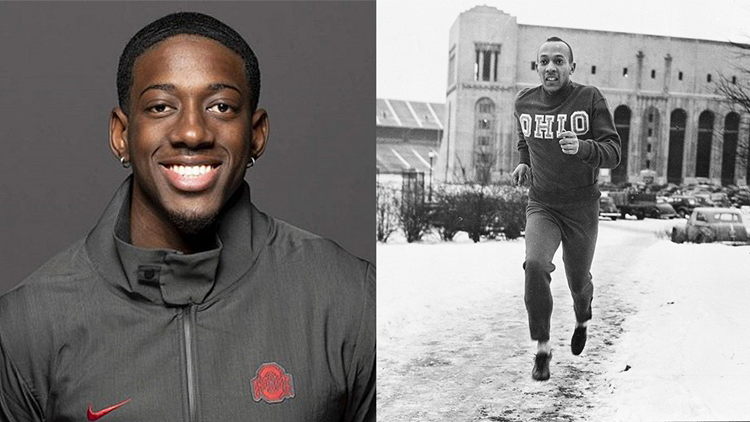 Before he became an American and sporting hero in the 1936 Olympics, Jesse Owens was already well known to Ohioans.

A Cleveland native, Owens was a track champion at East Technical High School before moving on to the Ohio State University, where he won eight individual national titles between 1935 and 1936. One of his feats at OSU came in the 100-meter dash, where he set a school record of 10.2 seconds that stood for more than 80 years. That is, until this year.

Senior Buckeye sprinter Nick Gray made history last back on Apr. 13 when he broke Owens' 100-meter dash record, setting a time of 10.17 seconds at the Gamecock Invitational in South Carolina. Gray had to fight back from near the back of the pack to take second place in the event.

Gray, a native of Pickerington, grew up idolizing Owens, writing several school reports on him as a boy. He spoke to OSU's website about what an honor it was to set the new mark.

"I didn’t think it would be me that would break it, to be honest," he said. "I wanted to, but seeing all the greats that have come before me, I was like 'I'm not going to get it.'"

Gray is a five-time All-American who has won 37 races during his career. At the same event, he also broke the school's 26-year-old 200-meter dash record.

"It was big. That’s something a lot of athletes have tried to do over the years and now it has finally been done. It’s big for him," Joel Brown, assistant track and field coach at Ohio State, said. "We knew when he came here, he had talent to do it. But you talk about Jesse Owens, who won four gold medals in the Olympics, to break his record, you know it’s a milestone."

Gray is currently going to school to be a dentist.