The game against Illinois this weekend has been canceled due to more positive COVID-19 tests. 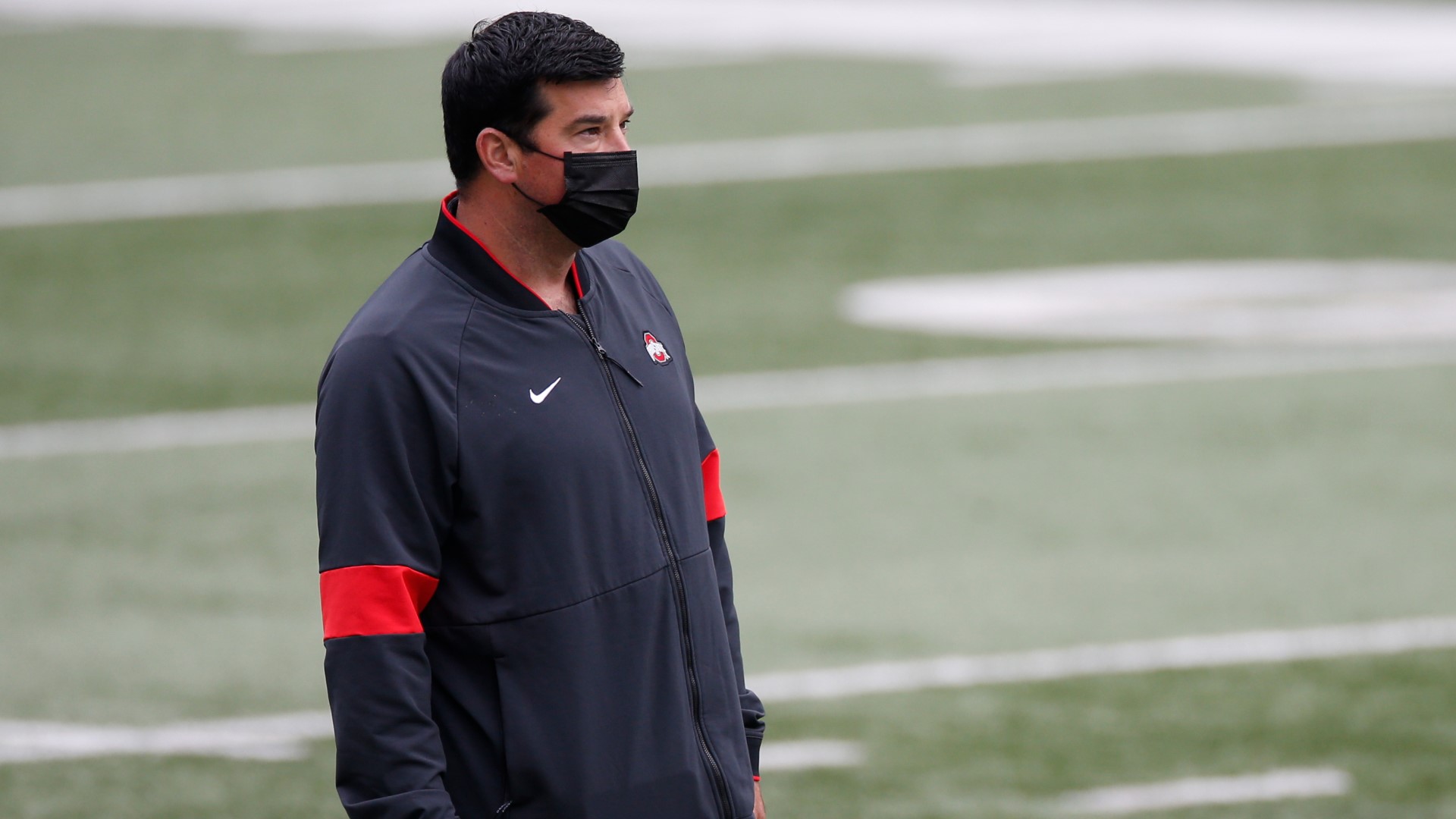 The game against Illinois has since been canceled due to more positive COVID-19 tests but Day was not scheduled to travel with the team had the game been played.

Assistant head coach and defensive line coach Larry Johnson was going to serve as the head coach for Saturday's game.

According to a statement from the program, the team has had an increased number of positive COVID-19 tests this week.

The Big Ten Conference has a policy that if the positivity rate rises above 5% or the population positivity rate is above 7.5%, team activities would have to be paused for seven days.

The team has had a positivity rate near 0% since Aug. 11.

Thankful to be out here playing the game we love ‼️#GoBuckeyes pic.twitter.com/cH4fdC0blW

Here is the full statement from Ohio State announcing the positive test for Ryan Day.

The Ohio State University football team continues to prepare for its game Saturday against the University of Illinois, set for 12 p.m. (EST) in Champaign, Ill.

The program completed another round of point of contact (POC) daily testing Friday morning. All team members along with Tier I coaches and support staff will undergo polymerase chain reaction (PCR) testing this afternoon out of an abundance of caution to ensure that everyone on the trip is confirmed negative for the coronavirus.

At this time the Department of Athletics can confirm an increased number of positive tests this week for the coronavirus. This is in contrast to testing throughout the season, when Ohio State had consistently recorded nearly 0% positivity since Aug. 11. The increased number does not reach the threshold for Ohio State to have to cancel the game this week, according to Big Ten Conference protocols.

Head coach Ryan Day is one of the individuals who has tested positive. He is in isolation and will not travel to Illinois or coach the team this week. Assistant head coach/defensive line coach Larry Johnson will serve as interim head coach of the Buckeyes on Saturday.

Because of the additional PCR testing taking place today, the team will not fly to Champaign this evening, but will instead fly to the game Saturday morning. The department has kept the University of Illinois and the Big Ten Conference aware of the developments.

“I have spoken with Coach Day, and he is doing well physically,” Director of Athletics Gene Smith said. “I feel terrible for Coach and for the members of the program who have been diagnosed with a positive test. Coach Day and this team have been true leaders in handling things so well throughout this pandemic. Our team wants to play this game, and we’re going to do everything we can to help make this happen. All of the decisions on the welfare of our student-athletes and staff members will continue to be guided by our medical staff.”