Out at Oak Harbor, the football team is getting a life lesson that goes way beyond the field. They’re embracing a classmate and using football to promote inclusion. 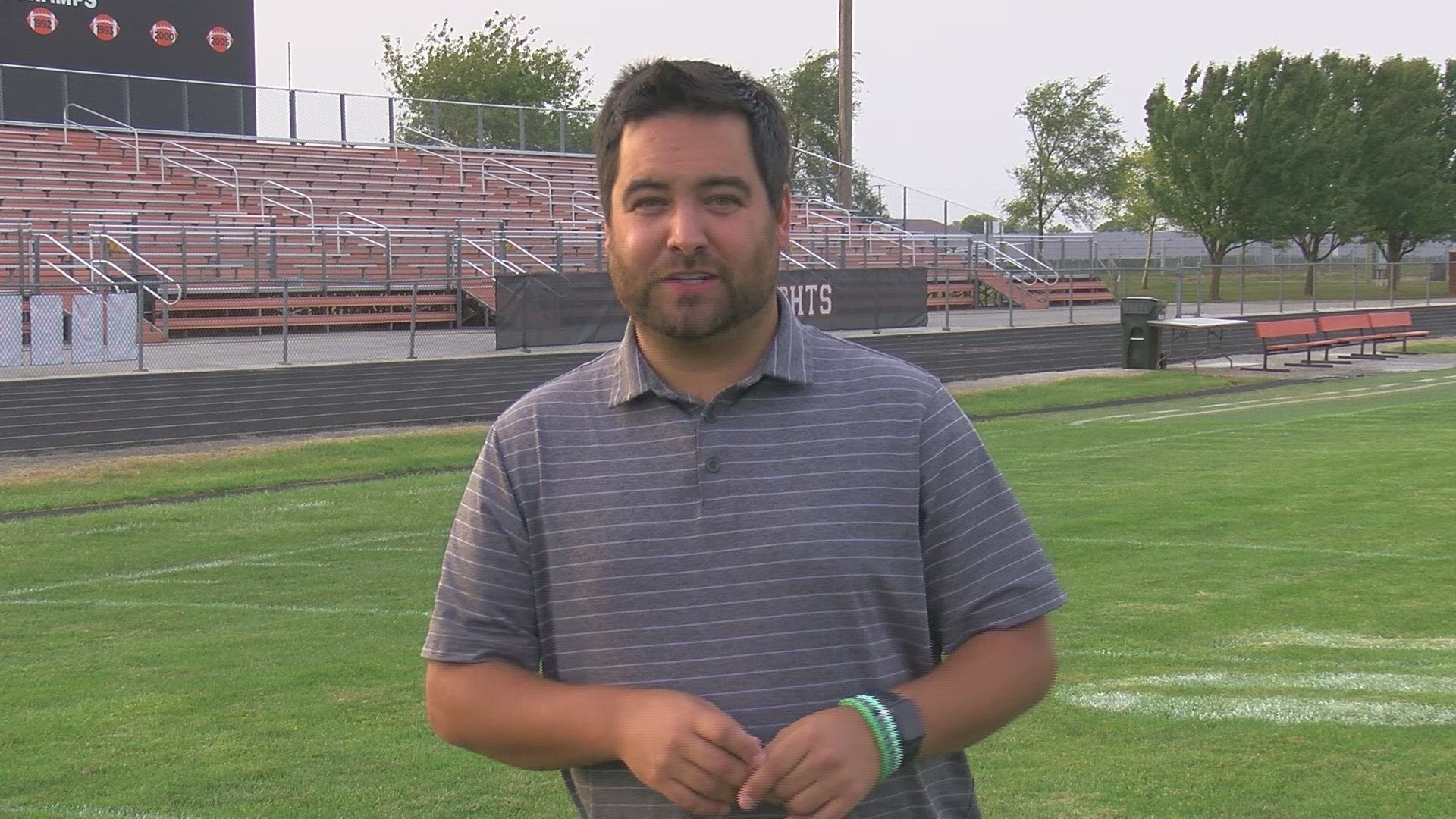 OAK HARBOR, Ohio — We first met Nick Fish back around Christmas of 2011. He was the biggest Toledo Rockets fan anywhere. Matt Campbell was the head coach at Toledo, and the team loved having him around the program as they got set to head out to the Military Bowl.

“I think he’s an inspiration to our guys,” said Campbell back in 2011. “Our guys have really taken to him and really he’s become our rock as we get ready to head out to the Military Bowl.”

As time has gone on, Nick’s love for football hasn’t changed one bit. Born with cerebral palsy, he’s never been able to join his friends on the field to play. That was until now.

Nick is now a student at Oak Harbor High School, and he’s got a very special role on the football team.

“We gave him number one,” said head coach Mike May. “No Rocket is allowed to wear the number one, except Nick. He’s got the number one jersey and he’ll be keeping that as long as he’s a Rocket.”

“I don’t know that there is any better gift for a parent than for your child to be happy, and football has always made him very happy,” said Nick’s mom, Susan Sears-Fish.

But Nick isn’t just hanging out on the sidelines. He’s got those shoulder pads and helmet for a good reason! At the end of practice every Thursday, they call in their secret weapon from the sideline to run a special play.

The relationship he’s built with this team and this program is something special. You can truly see how much they love having Nick as part of the team.

“It goes beyond the football field,” said his mom Susan. “Being in the high school, he has 80 of his best friends in the hallways. You can tell when we’re other places in Oak Harbor, everybody knows Nick.”

“Nick would give anything to be out here every day with us, to be able to run around like any other kid and participate,” said May. “For the time he’s out here with us on Thursday, he’s just like any other young man and out here having fun and enjoying playing football.”

The game of football has brought so much joy to Nick’s life throughout the years, and in a time when we could all use a smile, Nick’s story certainly does that for all of us.