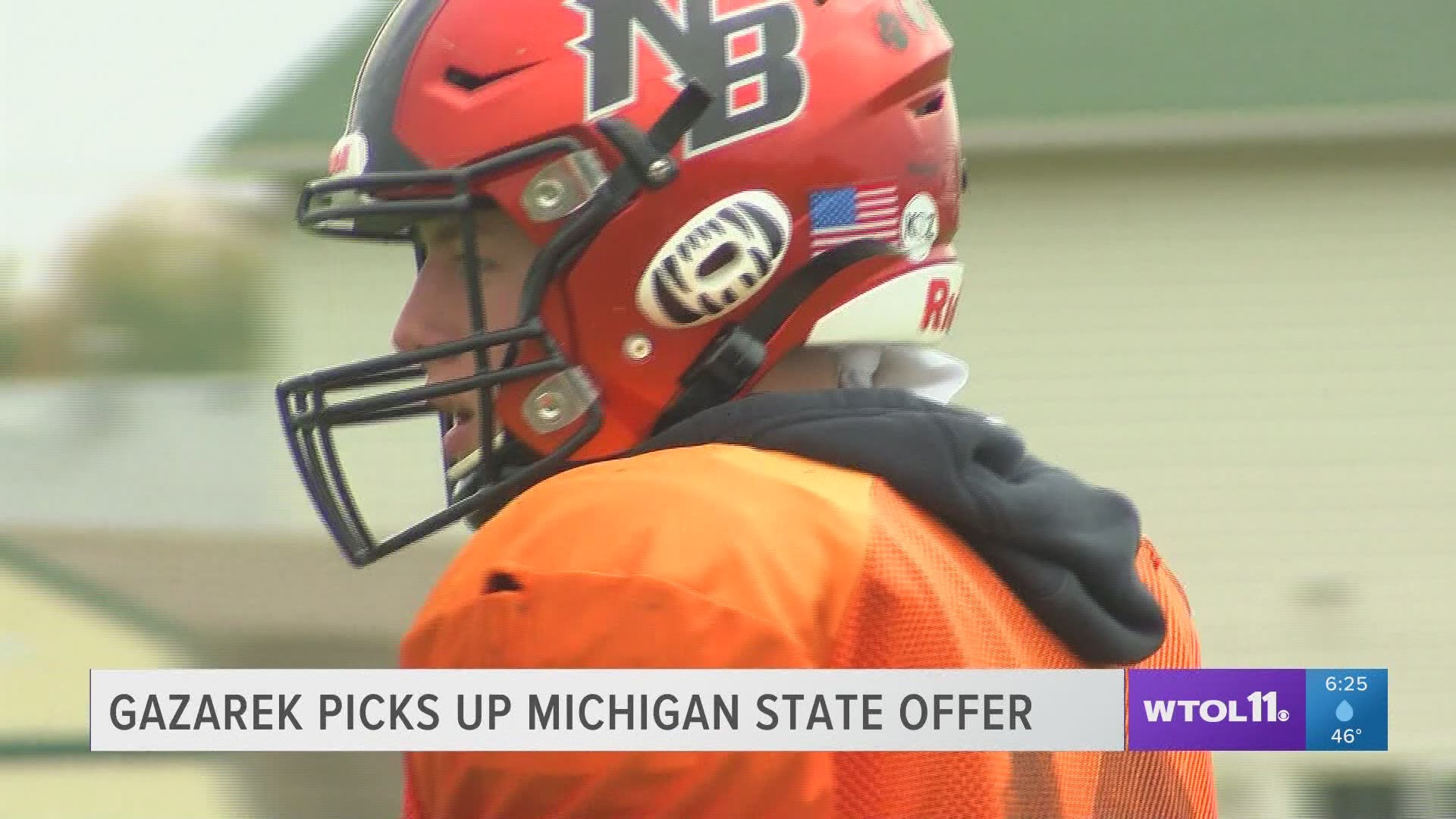 NORTH BALTIMORE, Ohio — Down in North Baltimore it has been a roller coaster year for their senior star Levi Gazarek. The six foot five, 220 pound tight end is currently committed to Bowling Green State University.

When the Falcons new coaching staff took over is when Gazarek received his very first college football offer, but since then others have started to take notice.

Most recently, Michigan State has thrown its name into the mix and offered Gazarek a chance to play in the Big Ten Conference.

For now, Gazarek remains committed to Bowling Green, but as it gets closer to signing day, he has a big decision ahead of him; stay with the school that first recruited him, or head to East Lansing.

It's been a little crazy. I never expected anything like this," said Gazarek. "Bowling Green was the first to offer me in January then it kind of took off from there."

In the meantime, Gazarek said that he will make an official visit to Michigan State and take his time in making a decision.

North Baltimore wraps up their season on Friday as they take on Riverdale in what will be Gazarek's final time suiting up for the Tigers, but it will not be his final time in a football uniform.