The team's next game is scheduled for Thursday night against Pittsburgh. 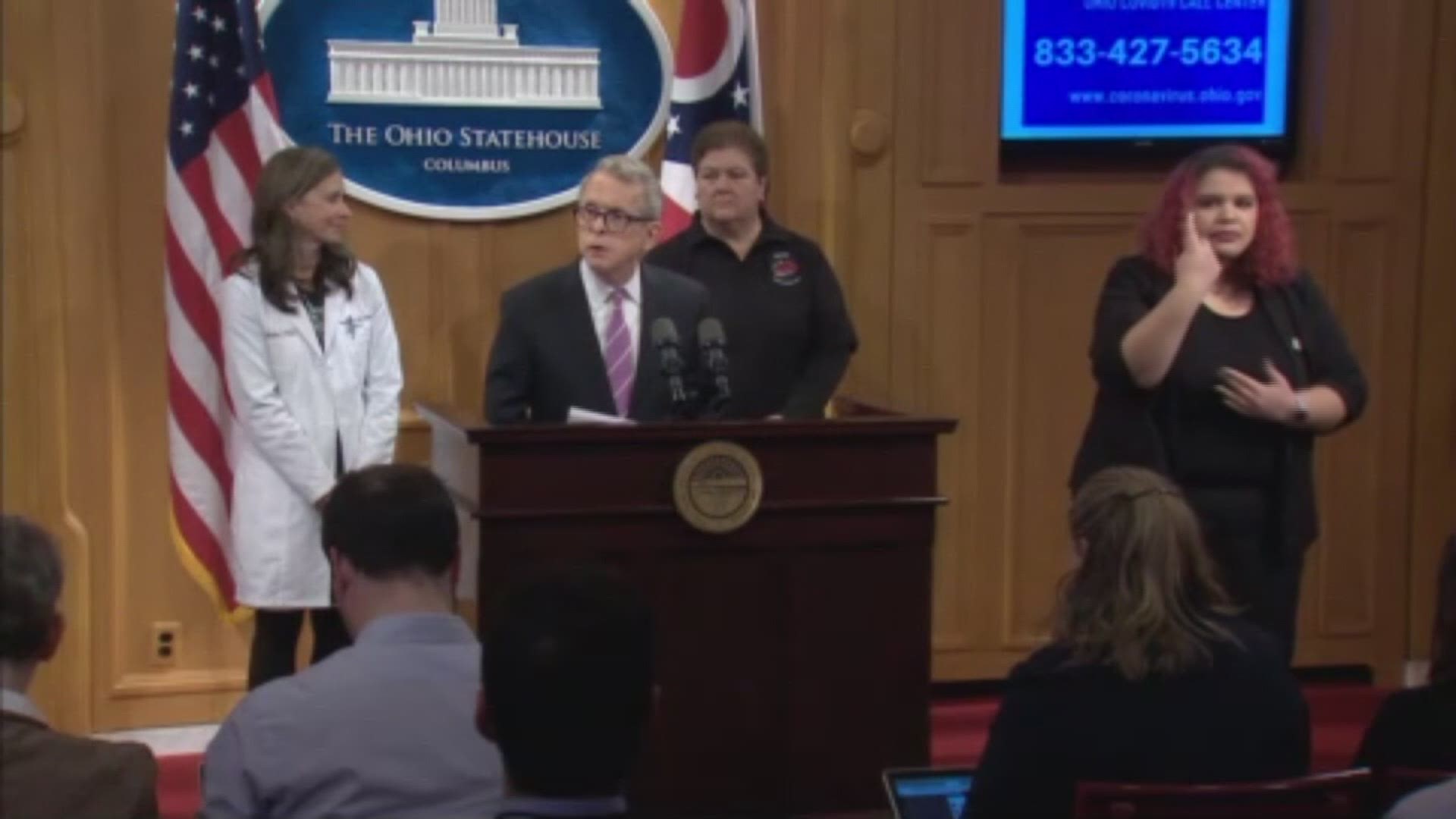 COLUMBUS, Ohio — Gov. Mike DeWine on Tuesday advised all of Ohio's amateur and professional sports teams and organizations to avoid holding events indoors for the time being in an effort to stop the spread of coronavirus. On Wednesday, he went further, declaring he would soon issue an order banning mass gatherings throughout the state.

The NHL's Columbus Blue Jackets initially did not heed the governor's warnings, stating they would play all home games as normal until further notice. But after DeWine announced his proposed order, the team acquiesced, and will instead bar the general public from attending contests at Nationwide Arena.

"The health and well-being of our community is our priority and we appreciate the understanding of our fans, corporate partners and guests under these extraordinary circumstances," the club said in a statement. "Our games will continue to be televised regionally on FOX Sports Ohio and available on the Blue Jackets Radio Network, including flagship station 97.1 The Fan or CD102.5 FM (select games) in Columbus."

Besides the competing teams, only "credentialed media and broadcast partners, essential club and arena staff and NHL officials" will be allowed inside. This makes the Blue Jackets the first NHL team and first professional sports organization in Ohio to ban access to fans over coronavirus concerns.

The sports suggestion was one of several given by DeWine in his initial Tuesday press conference, and other organizations have decided to heed his warning: The OHSAA will limit its upcoming state basketball, hockey, and wrestling state championships in Columbus to the players' immediate families, and the Mid-American Conference will do the same for its men's and women's basketball tournaments in Cleveland. In both Ohio and around the country, the NCAA also says fans will not be allowed to attend its Division I men's and women's basketball tournaments, otherwise known as "March Madness."

While Columbus is thus far the only club to take these preventative measures, the NHL did join the NBA, MLB, and MLS in announcing temporary restrictions on locker room access to players. Santa Clara County in California has also banned sporting events of over 1,000 people, and it is unknown how the league's San Jose Sharks will proceed.

The Blue Jackets' next two games will be in Columbus: Thursday against the rival Pittsburgh Penguins, and Saturday against the Nashville Predators. The reaction on social media has been somewhat mixed. Although fans will have to stay away, the club did deem one important object as "essential"...

VERIFY: No, there aren't major disease outbreaks 'every election year'

LIST: Northeast Ohio institutions & locations that have been closed, restricted due to coronavirus threat

VERIFY: Hand sanitizer should be used for about 20 seconds, not three to four minutes