The Bolts are champions for the second time in franchise history. 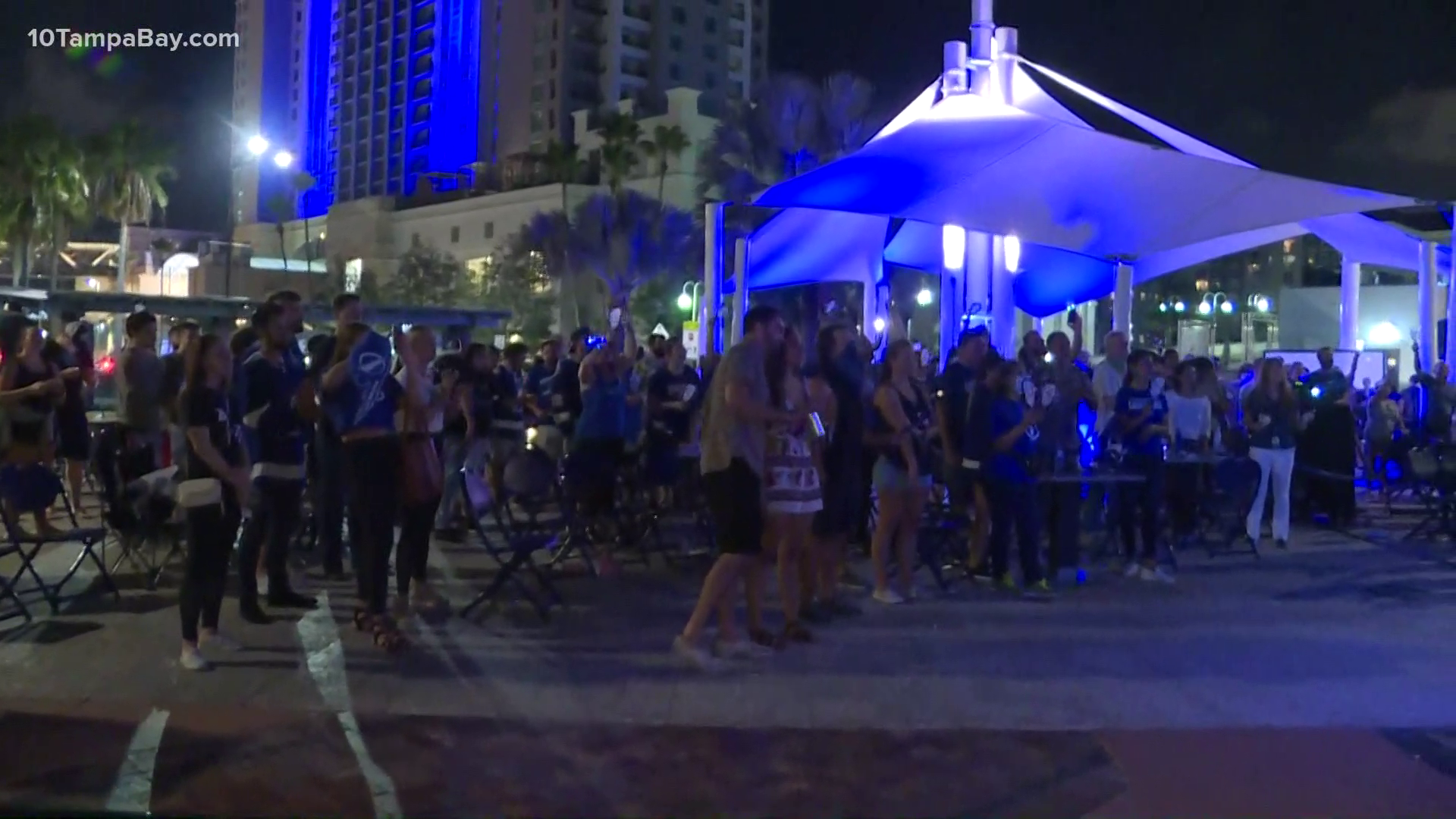 The Bolts secured their second championship title in the team’s history after defeating the Dallas Stars 2-0. Ahead of Monday night, the last time the Lightning hoisted the Stanley Cup was in 2004.

It’s been a battle through the entire playoff series for the Bolts. Fans saw numerous goals, overtimes, penalties and face-offs. But we made it.

Now, Lightning will take that Cup back to Florida where it can soak up the sun and this win.

Braydon Point scored the first goal of the night, his playoff-best 14th goal. With Blake Coleman getting the second goal for the Bolts and a 22-save shutout by Andrei Vasilevskiy, all combined helped to fend off the Stars.

The Associated Press contributed to this story. Scroll down for in-game updates.

The Tampa Bay Lightning are Stanley Cup Champions for the second time in franchise history, defeating the Dallas Stars 2-0.

STANLEY CUP CHAMPIONS! ⚡ The @TBLightning have defeated the @DallasStars 2-0 to hoist the Stanley Cup for the second time in franchise history. https://t.co/MBBxgwFtPr#StanleyCup #TBLvsDAL #GoBolts pic.twitter.com/aQbXNuFgJ9

We're down to the last five minutes, and the crowd at The Sail Plaza in Tampa is ready to bring home the cup!

Energy is HIGH here at The Sail Plaza in #Tampa as we count down the minutes until Game 6 of #StanleyCup finals is over. #GoBolts up 2-0 and have been able to hold #DallasStars. These fans are READY to cheer on their team and hope they can pull out a win tonight @10TampaBay pic.twitter.com/4CZT4E9JFt

Down to the final 10 minutes.

We're down to the final 14 minutes, and it's still a 2-0 lead for the Lightning.

It's a 2-0 game at the horn, with the Lightning just 20 minutes away from potentially winning the Stanley Cup. The third period is next!

It's a beautiful night to be a @TBLightning fan. ⚡

Nothing for the Stars. The Lightning get another power play.

Can the Stars capitalize on another power play?

Ryan McDonagh gets called for interference on Tyler Seguin. The @DallasStars now get a power play. #StanleyCup #TBLvsDAL

Lightning score! It's 2-0, thanks to Blake Coleman!

BLAKE COLEMAN SCORES!! The @TBLightning are now up 2-0 over the @DallasStars.

The Stars start the second period with less than a minute remaining in their power play.

And that's that in the first period! Lightning will start the second with a 1-0 lead, and the Stars will finish up their power play.

END OF FIRST PERIOD: The @TBLightning lead the @DallasStars 1-0.

Do the Stars have what it takes? They get a power play of their own -- it's 1-0 Lightning.

The @DallasStars get a power play of their own after a penalty against the @TBLightning's Victor Hedman late in the first period.#StanleyCup #TBLvsDAL

What did Thunder Alley at Amalie Arena think of Brayden Point's goal? Enjoy:

BOLTS ON THE BOARD! The @TBLightning capitalize on the power play as Brayden Point gets the first goal of Game 6, putting the Bolts up 1-0.

Let's check the scene at Ferg's Sports Bar & Grill in St. Petersburg, where fans are ready to be the distant thunder!

Fans in St. Pete taking in Game 6 of the Stanley Cup Final at Ferg’s. They’re ready for the team to close it out tonight! #GoBolts @10TampaBay pic.twitter.com/YYwKfGLY7d

The Tampa Bay Lightning get the first power play of the night!

Our sister station in Dallas, WFAA-TV, probably would love to swap out this image as its cover photo.

Hey @WFAA, we made you a new cover photo. What do you think? #GoBolts pic.twitter.com/XF5gg0Gy71

The numbers were crunched and all the projections are in -- here's the final result, maybe:

About two hours until the puck drops, fans are already outside Amalie Arena in Tampa to watch the game on the big screen and cheer on the lightning.

Head coach Jon Cooper shared some insight on preparing for Game 6 and keeping the team focused on the game.

🎥 Coop on faceoffs, preparing for tonight, and keeping focus on the task at hand. #TBLvsDAL pic.twitter.com/P7ianPfafx

Busch Gardens Tampa gave its two cheetah cups a little taste of victory by crafting a Stanley Cup-shaped ice sculpture for an enrichment treat. The hockey-inspired sculpture was made out of chicken and beef broth.

Ahead of Monday's game, the Lightning announced that captain Steven Stamkos will not return to the ice for the remainder of the Stanley Cup Final.

Stamkos hadn't taken the ice in nearly seven months after undergoing muscle surgery. He suited up for Game 3, only playing a few shifts in the first period, but still managing to score a goal.

RELATED: How to watch the Tampa Bay Lightning in the Stanley Cup Final