He has already collected more than 600 pounds of food and more than $2,000 for the Cleveland Food Bank. 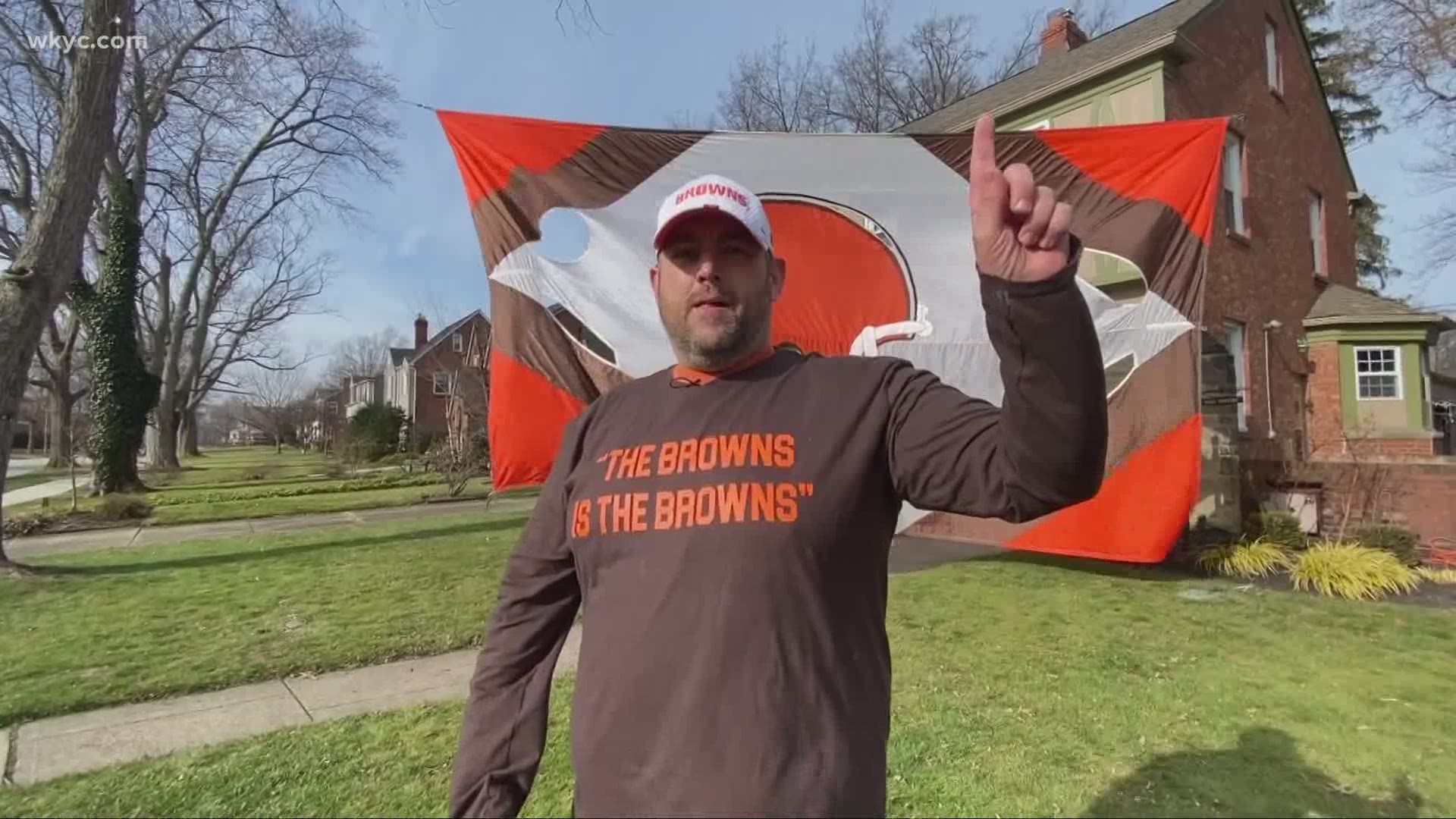 CLEVELAND — No doubt about it, Danny Reichel is a Cleveland Browns fan.

He's got the Browns gear, the victory fridge, the Browns stripes on the hood of his car and the memories of living and dying with the team.

Reichel is certainly all in on the Browns, even going by the name "Danny Cleveland."

If there was ever a way to capture the size of his Browns fandom, it would be the 28x15 foot flag flying in his front yard.

"I believe the flag found me."

Originally, the flag flew at the old Municipal Stadium. Now it flies proudly at his home at the corner of W. 162 and Edgecliff in West Park. With permission from his wife, they agreed to start flying the flag last season. Since then, fans have been showing their support by honking as they drive by or traveling to take pictures.

Danny welcomes the whole community to stop by his home to check it out and take a picture. He has even turned his love of the team into a force for good. He asks anyone who stops by to bring a canned good that he will then donate to the Greater Cleveland Food Bank.

Even if he's not outside, he says to drop the cans off in the back of his truck parked outside.