The Cleveland Browns have confirmed wide receiver Odell Beckham Jr. will miss the remainder of the 2020 season with a torn ACL. 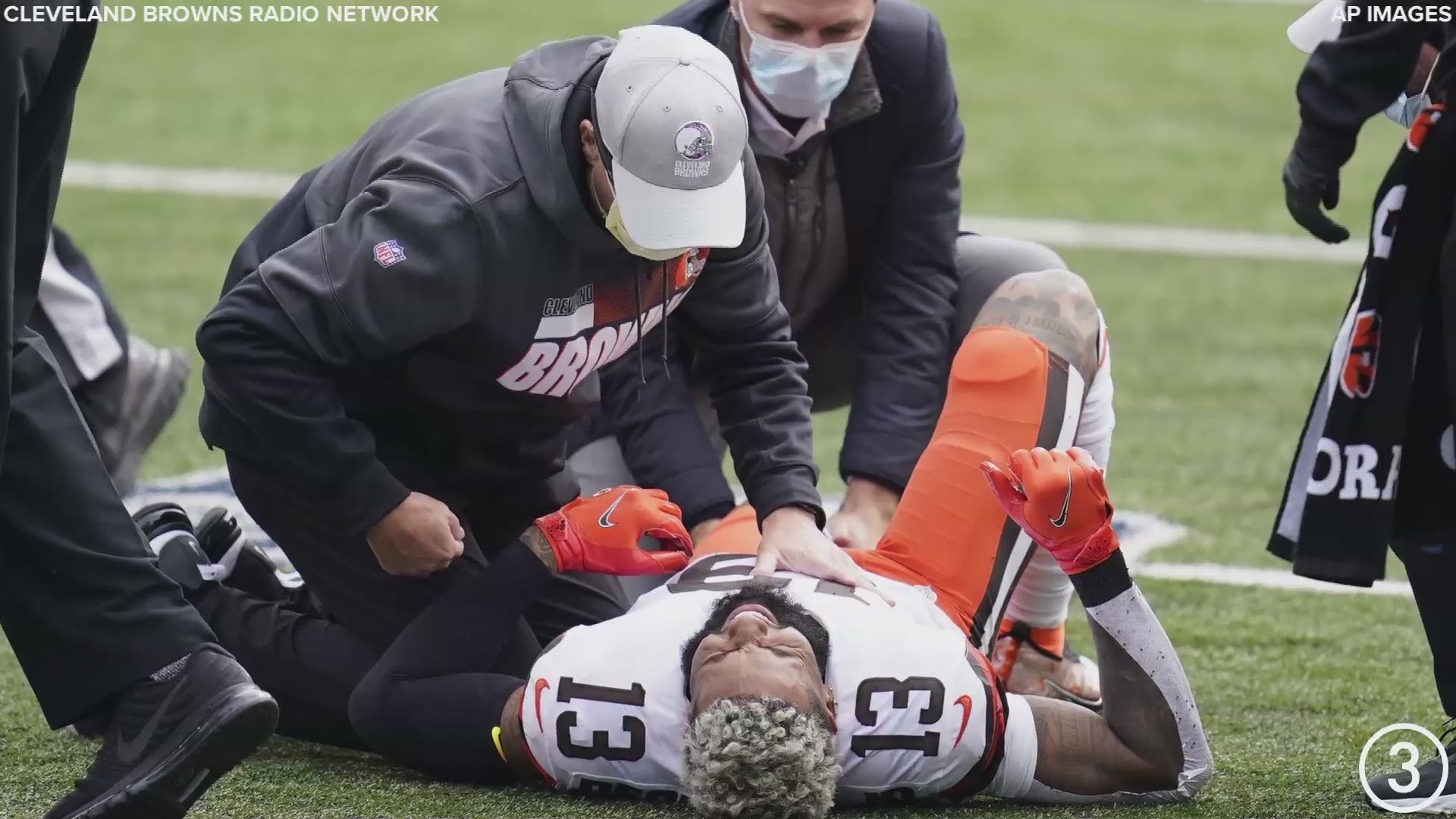 Odell Beckham Jr.’s second season with the Cleveland Browns is over.

On Monday, the Browns confirmed that Beckham has suffered a torn ACL in his left knee, which will require season-ending surgery. Beckham suffered the surgery on the opening drive of Cleveland’s 37-34 win over the Cincinnati Bengals on Sunday after quarterback Baker Mayfield threw an interception intended for the 3-time Pro Bowl wideout to cornerback Darius Phillips.

With Beckham sidelined for the season, the 5-2 Browns enter the final nine games of their 2020 season without one of their top playmakers. The LSU product’s injury marks the second significant one to occur to a key member of Cleveland’s offense, with Nick Chubb having missed the past three games with a knee injury, although the star running back could return following the Browns’ bye week on Nov. 8.

Acquired in a trade with the New York Giants ahead of the 2019 season, Beckham’s arrival in Cleveland came with lofty expectations. The Browns, however, didn’t make good on that hype, as Cleveland amassed a disappointing 6-10 record with Beckham turning in one of the least productive seasons of his NFL career.

In 2020, the Browns and Beckham -- who underwent offseason core muscle surgery to repair a sports hernia he battled throughout the 2019 campaign – got off to a better start, with the 2014 NFL Offensive Rookie of the Year have totaled 23 receptions for 319 yards and three touchdowns through six games, as well as a game-clinching 50-yard rushing touchdown in Cleveland’s Week 3 win vs. the Dallas Cowboys.

Without Beckham on the field, the Browns will rely on a wide receiving corps that currently consists of Jarvis Landry, Rashard Higgins and Donovan Peoples-Jones, as well as KhaDarel Hodge, who is currently on injured reserve with a hamstring injury.