Iconic locations in Downtown Cleveland have been decorated accordingly ahead of this week's 2021 NFL Draft. 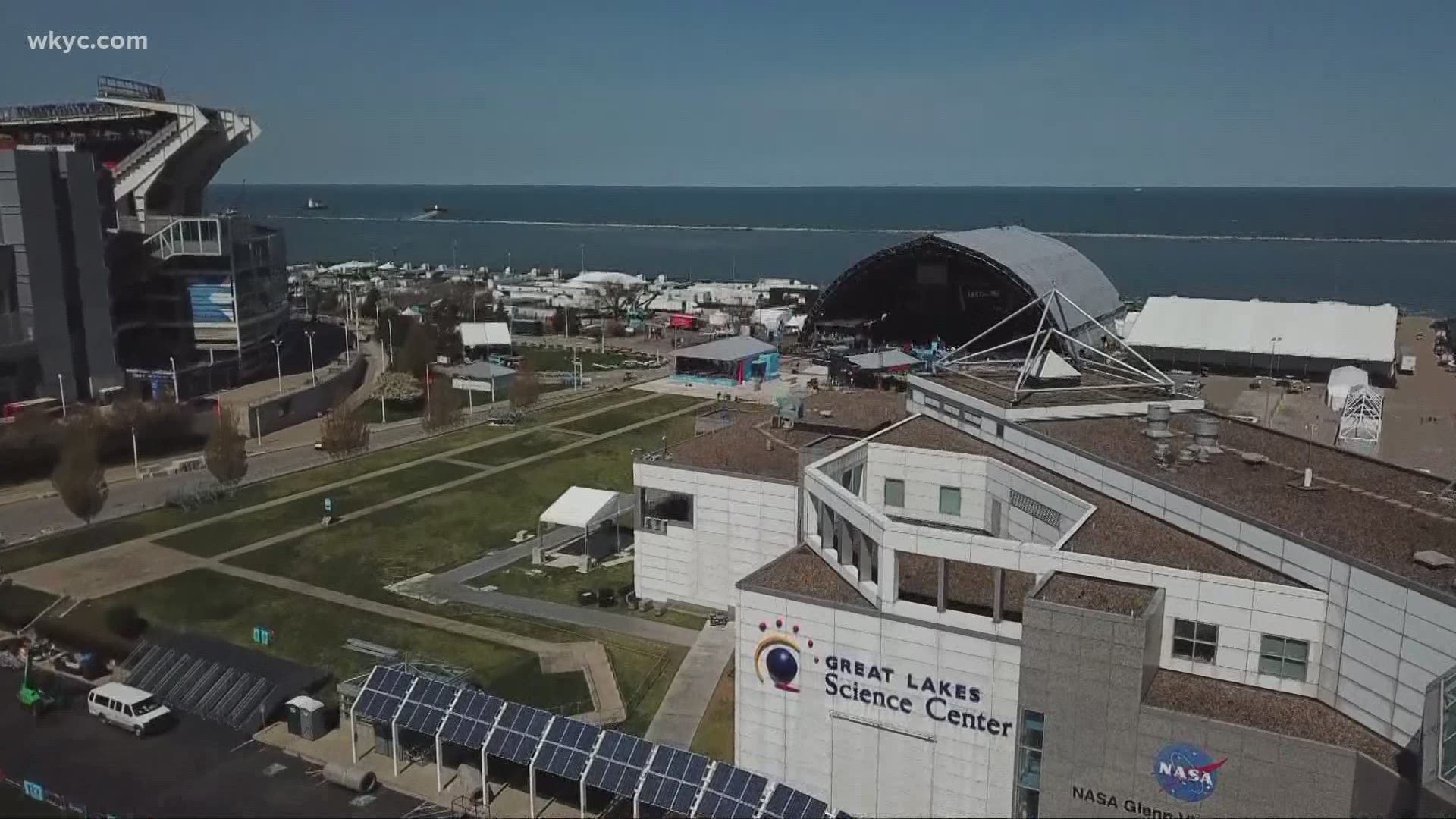 The start of the 2021 NFL Draft is just three days away. And Downtown Cleveland already looks the part.

"Whether you’re actually in the event or not, or you’re out on the streets eating at one of our restaurants, or enjoying one of our other activities we have going on, we want you to still feel like you’re a part of the draft," says Meredith Painter of the Greater Cleveland Sports Commission.

Painter says the swath of area the NFL is taking over is called its “footprint," and it extends from the shadow of FirstEnergy Stadium - where the stage is being built - to the Rock & Roll Hall of Fame off of E. 9th St. That entire area, or “footprint,” will be chock full of NFL Draft signage and decorations.

"A lot of people have already seen them, those giant helmets on Mall-C. All of our Cleveland script signs - every location including the airport location - actually has a giant NFL logo located at it. East 4th Street, we have all of that activated. The Euclid arcade is going to have a massive flag, which is obviously such an iconic location. The casino walkway is also wrapped on both sides, so that’s just a really stunning visual," says Painter.

Additionally, the Terminal Tower will be illuminated with colors respective to each of the 32 NFL teams during their time on the draft clock, with each team’s logo being projected onto the tower.

Painter says the NFL is also hosting 3 locations called "Rock the Clock In-Zones" set up on the east bank of the Flats, Mall-C, and Playhouse Square.

"Those locations are remote viewing locations to watch the NFL draft and hopefully live stream the concerts. There is tons of stuff for people to see and experience and just represent the NFL draft in Cleveland as a whole," Painter adds.

“As with every major event, our team places an emphasis on local engagement and providing a warm welcome to visitors upon arrival at the airport all the way through their journey into our Downtown,” David Gilbert, President and CEO of Greater Cleveland Sports Commission and Destination Cleveland. “Our beautiful community and the surrounding areas are activated with signage to garner excitement for the 2021 NFL Draft and so that all of Cleveland looks and feels a part of this event as prospects take the Draft stage.”

Lynna Lai had more coverage of the preparations downtown for the draft during What's Next. You can watch below.

You can see pictures of the signage in the gallery below.