The defending Super Bowl champs head back to the AFC Championship Game. 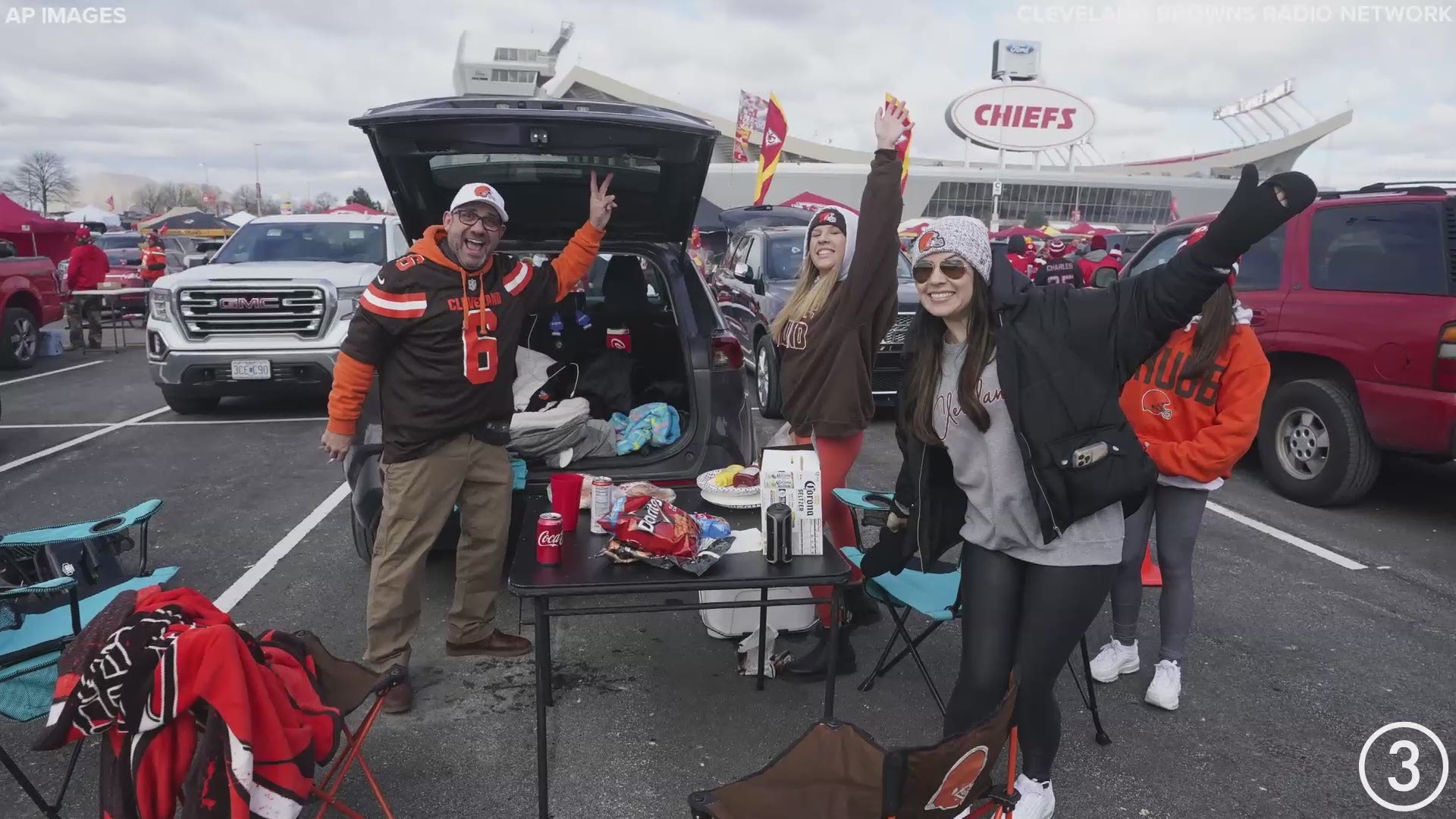 KANSAS CITY, Mo. — A wonderful, magical season is over.

The Browns lost to the top-seeded Kansas City Chiefs 22-17 Sunday in the AFC divisional playoff round. The defending Super Bowl champs prevailed despite losing star quarterback Patrick Mahomes to a concussion in the second half.

Cleveland's defense struggled, allowing 438 yards to the high-powered Chiefs offense. Even after Mahomes was replaced with Chad Henne, KC was able to move the ball with ease, including picking up a crucial first down to run out the remainder of the clock.

Baker Mayfield was solid with 204 yards and a touchdown, and Rashard Higgins led the Browns with 88 receiving yards. However, his costly fumble near the goal line proved to be a major turning point in the game, and analysts derided the officials for missing a clear personal foul by Daniel Sorensen on the same play.

The Browns' most successful campaign since 1994 comes to a close, and the team's championship drought will extend to 57 years. KC advances to the AFC Championship Game for the third straight season.

What follows is a drive-by-drive recap of today's action, with the most recent plays and updates closest to the top. Stay tuned for updates and analysis all afternoon and evening on 3News and WKYC.com.

0:00: The Chiefs are able to run out the remainder of the clock, and will head to the AFC Championship Game.

Chad Henne was the hero, running for a huge gain on third-and-long before completing a crucial pass on fourth-and-inches.

4:09: The Chiefs get a huge stop on third down, and Jamie Gillan comes out to punt. Mecole Hardman returns it to the KC 28-yard line.

8:00: A major turning point? After a crack back block penalty by Ricky Seals-Jones, Chad Henne airmails his first-and-25 pass into the end zone, where it's picked off by Karl Joseph. The Browns get the ball on their own 20, hoping to take the lead.

.@Kareemhunt7 powers into the endzone!

Also breaking: Patrick Mahomes will not return after suffering a concussion.

4:24: Some major developing news: Patrick Mahomes is in the locker room after taking an ugly hit from Mack Wilson (he struggled to stand after being tackled), and Chad Henne is now in at quarterback for the Chiefs. Harrison Butker does end the drive with a 33-yard field goal, and Kansas City leads 22-10.

On the Cleveland side, Myles Garrett is back in the game, but appears limited by injury.

9:29: Baker Mayfield hits Jarvis Landry for a 4-yard touchdown. The Browns now trail 19-10, and we've got a ballgame.

Another injury update: Jedrick Wills Jr. will not return after hurting his ankle, and Kendall Lamm is out as well. Blake Hance is now in at left tackle.

14:07: The Browns get a break, as Harrison Butker's 33-yard field goal clanks off the left upright. Cleveland gets the ball back on its own 20.

Some negative news, though, as Myles Garrett had to be helped off the field with an injury.

14:40: Not a good start to the second half for the Browns, as Baker Mayfield is picked off by Tyrann Mathieu. The Chiefs will get the ball on the Cleveland 19 following a 17-yard return.

Honey Badger takes what he wants 🍯🦡

0:02: The Chiefs take advantage from the takeaway and get a 28-yard field goal from Harrison Butker. KC will take a 19-3 lead into halftime.

1:42: Disaster for the Browns, as Rashard Higgins makes a great catch and rumbles towards the goal line before fumbling it out of the end zone (the refs also appeared to miss a helmet-to-helmet penalty on Daniel Sorensen). The Chiefs take over on their own 20 after a devastating turnover.

3:09: The Browns finally get a stop as Adrian Clayborne blows up a screen play. However, Harrison Butker nails a 50-yard field goal, and the Chiefs now lead it 16-3.

9:38: Two dropped Nick Chubb passes and a Baker Mayfield self-completion later, and the Browns are forced to punt. Jamie Gillan boots it to the Chiefs 15.

An update on Jedrick Wills Jr.: The rookie blindside blocker is questionable to return with an ankle injury.

13:48: A holding penalty does no damage to the Chiefs: On second-and-19, Patrick Mahomes finds Cleveland Heights native Travis Kelce, who barrels his way into the end zone for a 20-yard touchdown. Kansas City extends its lead to 13-3.

Some bad news for Cleveland, though, as left tackle Jedrick Wills Jr. had to be helped off the field with an injury suffered on the first play.

9:11: That was fast... The Chiefs march 75 yards and Patrick Mahomes caps it off with a 1-yard touchdown run. Kansas City jumps out to a 6-0 lead after Harrison Butker's extra point sails wide left.

On the board first ⏰