Late alcohol sales have been prohibited by Gov. DeWine in an effort to curb the spread of COVID-19. 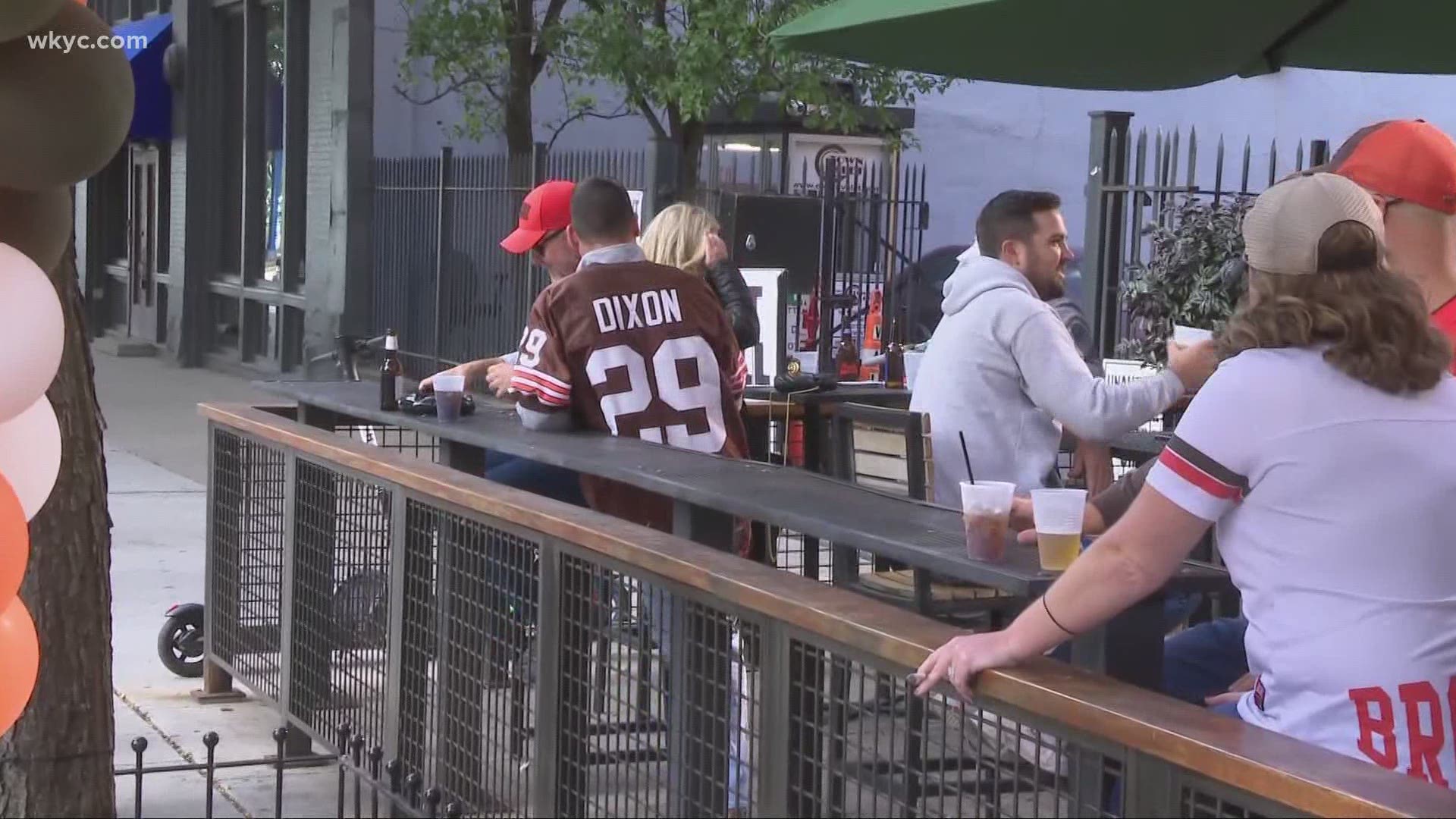 Both the stadium and Aramark, which serves as the facility's concessions vendor, were cited for selling alcohol to fans after 10 p.m. during last week's "Thursday Night Football" game between the Browns and the Cincinnati Bengals. OIU agents say they received a complaint that Aramark was not complying with the order, and an investigation determined that was indeed the case.

The state says both Aramark and the Browns offered their "substantial cooperation into the inquiry, and it is unknown at this time if any action will be taken against the involved parties. The Browns released the following statement:

"We appreciate the agency’s diligence on this matter. As part of our Responsible Restart Plan approval process, we communicated our intention of applying our NFL approved best practice procedure of ending alcohol sales and services at the start of the fourth quarter. We now understand that adhering to the state order of concluding alcohol service at 10pm also applies to FirstEnergy Stadium, even though our venue doesn’t fall under the category of being a bar or restaurant. We are clear on the order and will comply with the rules in place for every game going forward."

Six thousand fans were allowed to attend the game, and although it was much less that the stadium's capacity of nearly 70,000 it was still the first public major pro sports event in Ohio since the pandemic began. Gov. Mike DeWine said the plans put forth by the Browns and the Bengals warranted a two-game "trial" for both teams, but it is possible this citation could affect that. However, no egregious violations of social distancing were discovered, and this Sunday's game in Cleveland against the Washington Football Team will kick off at 1 p.m. and therefore not be affected by beverage sales rules.

DeWine issued the order against late alcohol sales back in July after a rise in coronavirus cases across Ohio was traced largely to bars and restaurants not following previously-enacted rules. The move was criticized by some in the restaurant industry for negatively affecting one of their busiest periods, but cases of the virus have continued to decline since, and several establishments have been cited or even had their liquor licenses revoked.

Three other Northeast Ohio bars were cited Thursday for violations of health orders, and their cases as well as that of FirstEnergy Stadium will no go before the Ohio Liquor Control Commission to determine possible penalties. Those affected include:

"When egregious violations are observed, enforcement action is taken," OIU Enforcement Commander Eric Wolf said in a statement. "We all need to continue to work together by following the precautions put in place to make these establishments safe and compliant with the directives."