The Cleveland Browns have released a hype video ahead of their highly anticipated 2021 season opener. 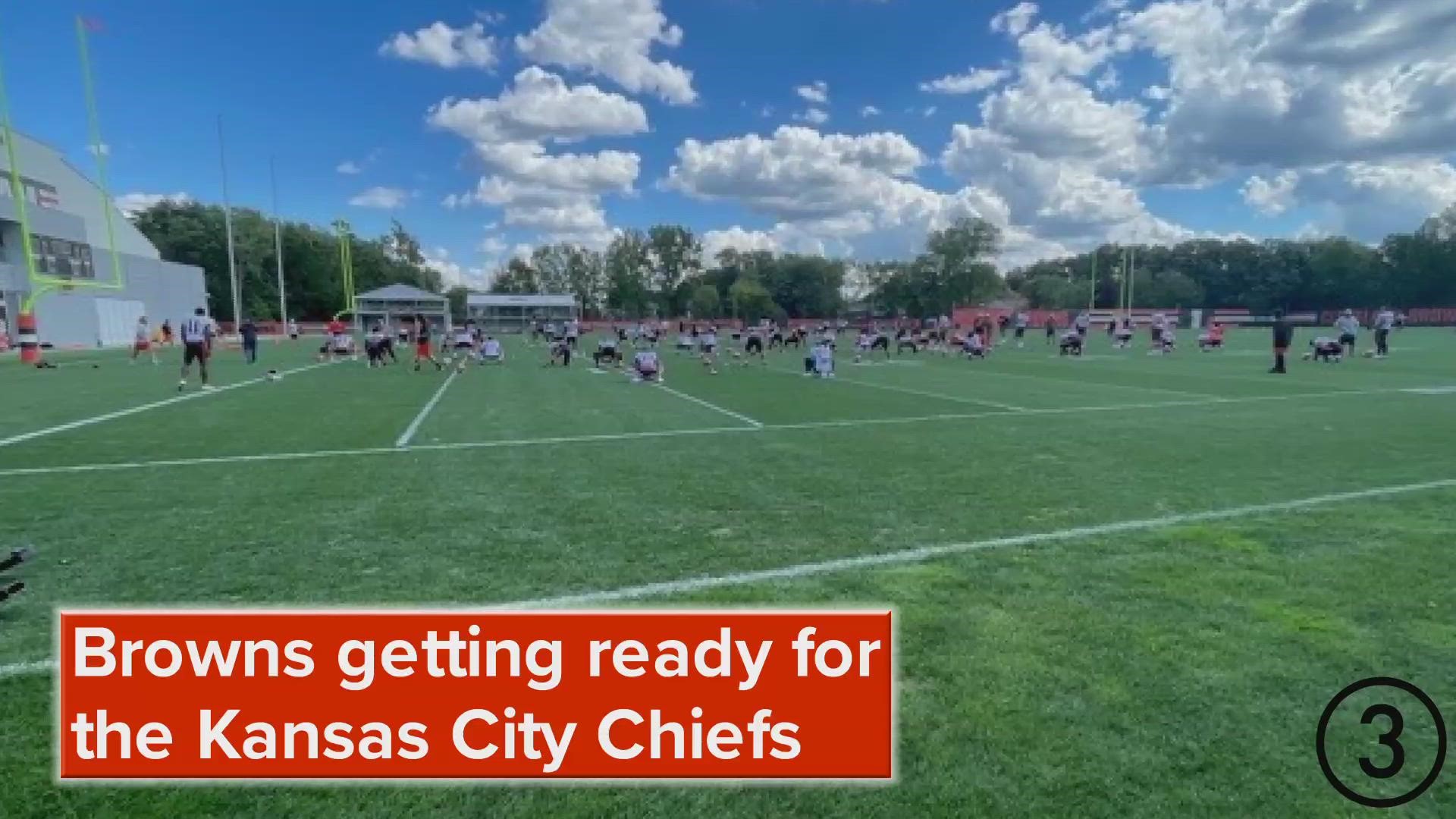 CLEVELAND — As their highly anticipated 2021 season opener against the Kansas City Chiefs approaches, the Cleveland Browns are sending a clear message: they're ready to turn the page. Along those lines, the Browns' official Twitter account has posted a hype video for the upcoming season taking one last look back at the team's success in 2020 and what could be ahead in 2021.

Featuring the radio calls of 3News' own, Jim Donovan, the video starts with a look back at Cleveland's Week 17 win over the Pittsburgh Steelers, which clinched the Browns' first postseason appearance since 2002. From there, the video proceeds to showcase several of Cleveland's highlights from the 2020 season, including Nick Chubb's monstrous stiff-arm vs. the Philadelphia Eagles, Baker Mayfield's touchdown run vs. the Baltimore Ravens on Monday Night Football, Myles Garrett strip-sack vs. the Cincinnati Bengals, Donovan Peoples-Jones' game-winning touchdown catch vs. the Bengals and Jarvis Landry's touchdown throw to Odell Beckham Jr. vs. the Dallas Cowboys.

The video then shows Mayfield and Garrett celebrating the Browns' Wild Card round victory vs. the Steelers, which marked Cleveland's first playoff victory since the 1994 campaign with Donovan stating "What a year, what a finish and what a year next year promises to be." The one-minute and seven-second long video then ends with a shot of downtown Cleveland and the text "This year starts now" -- a sentiment that head coach Kevin Stefanski echoed while meeting with reporters on Wednesday.

“I think we are so far past last season," Stefanski said. "We obviously go back and look at the tape and see what we could have done differently, what they did and what they might do this game. In terms of taking last season into this season, I think we are way past that.”