Super Bowl, Super Browns? Garrett Howenstine thinks so. And the Cleveland Browns fan has the Super Bowl LIV tattoo to prove it. 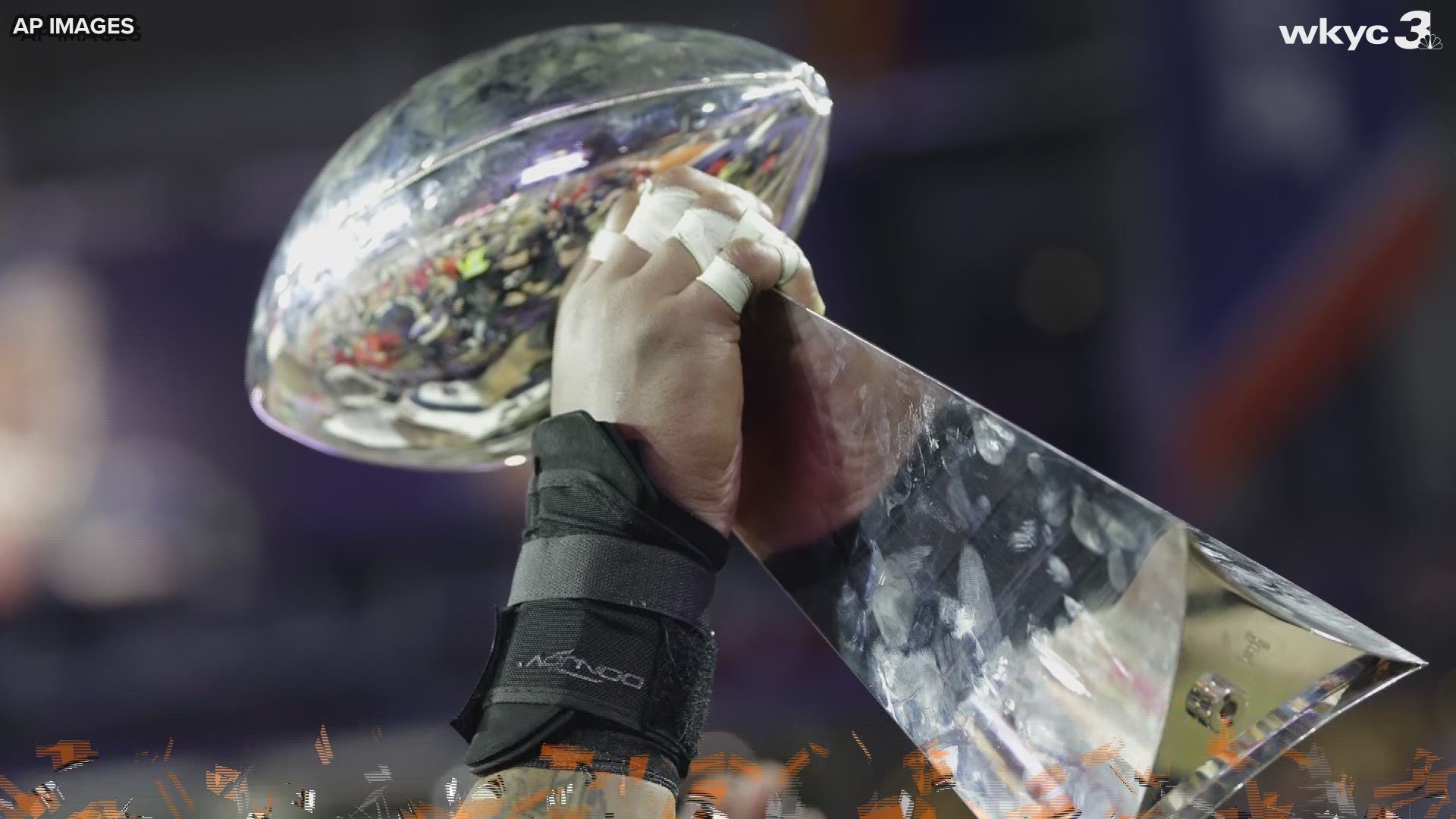 As the 2019 NFL season approaches, the Cleveland Browns find themselves facing no shortage of expectations.

One Cleveland fan, however, just took the hype for the Browns' highly anticipated season to the next level.

Taking to Twitter on Wednesday, 20-year-old Ohio State student Garrett Howenstine revealed he had gotten a tattoo on his right thigh predicting that the Browns' 2019 campaign would end with a victory in the Super Bowl. Howenstine told WKYC on Thursday that the tattoo, which features the Browns' helmet logo along with the words "Super Bowl Champs LIV" was done by Smitty at Bodystain Tattoo & Body Piercing in Columbus.

This isn't the first time a sports fan has attempted to forecast a championship with body ink. A quick Google search shows a recent trend of fans getting premature championship-themed tattoos before a title has even been won.

Some are successful. Most, however, aren't.

"Humans began tattooing their bodies thousands of years ago," Stanley Kay wrote for Sports Illustrated's Extra Mustard blog in 2017. "The prevalence and use of tattoos has evolved with civilization, but the broader purpose behind these permanent emblems has remained relatively consistent: They evoke love, religion, punishment, status, superstition and other aspects of the human experience. Tattoos are identity claims, allowing us to declare who we are in permanent ink.

"The rise of modern sports culture gave humans more reason to mark up their bodies. Through the development of teams and leagues, athletics became institutionalized, and the attachment of clubs to local communities allowed sports to take on a church–like role. Loyalty became the most valued quality in a fan, and tattoos became one way to show that loyalty.

"The premature championship tattoo takes that desire to the extreme."

While premature championship tattoos may be a recent trend, they haven't been commonplace in Cleveland -- at least not for the Browns. But if ever there was a time for a member of the Dawg Pound faithful to call his or her shot, it might as well be this preseason, with the Browns favored to win the AFC North following the emergence of Baker Mayfield and offseason acquisition of Odell Beckham Jr.

Earlier this week, Beckham and fellow wide receiver Jarvis Landry were featured on the cover of Sports Illustrated, which declared "the Browns are back" while predicting they would win their first division title in 30 years. But it's going to take a little more than that for Howenstine's tattoo to remain accurate -- or at the very least not need to be adjusted in the years to come.