The team selected the Northwestern cornerback with the 26th overall pick. 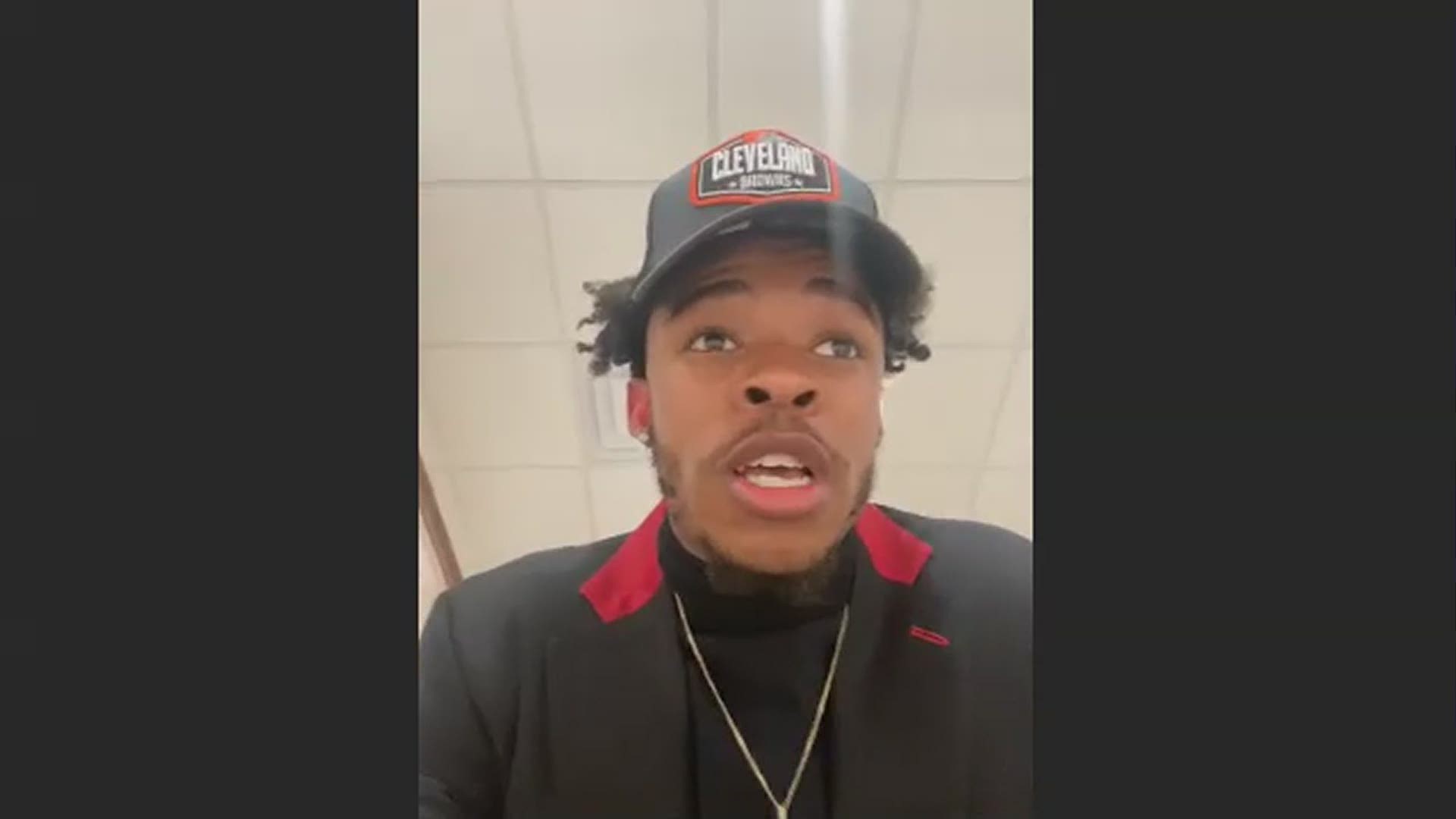 CLEVELAND — When the NFL draft began, many saw cornerback as the Browns' biggest need. So, they went out and got one.

The team selected Northwestern's Greg Newsome II with the 26th overall pick as a cheering throng of fans looked on along the Cleveland lakefront. The 20-year-old will be looked on to help a defensive unit undergoing an overhaul after struggling last season, despite an 11-5 record and the franchise's first playoff win since 1994.

LIVE BLOG: Full coverage of the 2021 NFL Draft in Cleveland

East Cleveland Shaw High School senior Maya Tomoto announced the pick from the main stage. When Newsome's name was called, it also marked the first time ever that two Northwestern players were chosen in the first round (offensive tackle Rashawn Slater went 13th to the Los Angeles Chargers).

Newsome was not at the draft, but rather watching on television back home in Chicago. When the Browns called to tell him he would be their pick, the entire Newsome family erupted with joy.

The moment @gnewsii got the call from the @Browns!

Newsome later tweeted his gratitude, and several of his new teammates also welcomed him to "The Land."

Welcome to the Land! @gnewsii

Many analysts (including 3News' Ben Axelrod) had the Browns taking Newsome in the first round, and so far the reviews of the pick have been positive.

Check out some notable reactions from across social media.

The #Browns take the best available player, Northwestern CB Greg Newsome at No. 26. The locals cheer.

On a roster where some tough decisions are (eventually) going to have to be made, Greg Newsome gives the Browns some potential Denzel Ward insurance.

Hey fellow Browns fans don’t hate on the pick of Greg Newsome kid is tough plays with a chip on his shoulder and is technically sound. The LB/DE will come have faith in Andrew Berry.

@gnewsii The last time the Browns had lockdown CBs on both sides of the field... well, it was pretty cool. The last time a guy named Newsome played here, yeah that worked out well too! Welcome to Cleveland, man! pic.twitter.com/1UIGnQj4Cn

Our city looks amazing on the national stage. Oh yea, our team nailed its first round pick. pic.twitter.com/IlM3GIrpkM