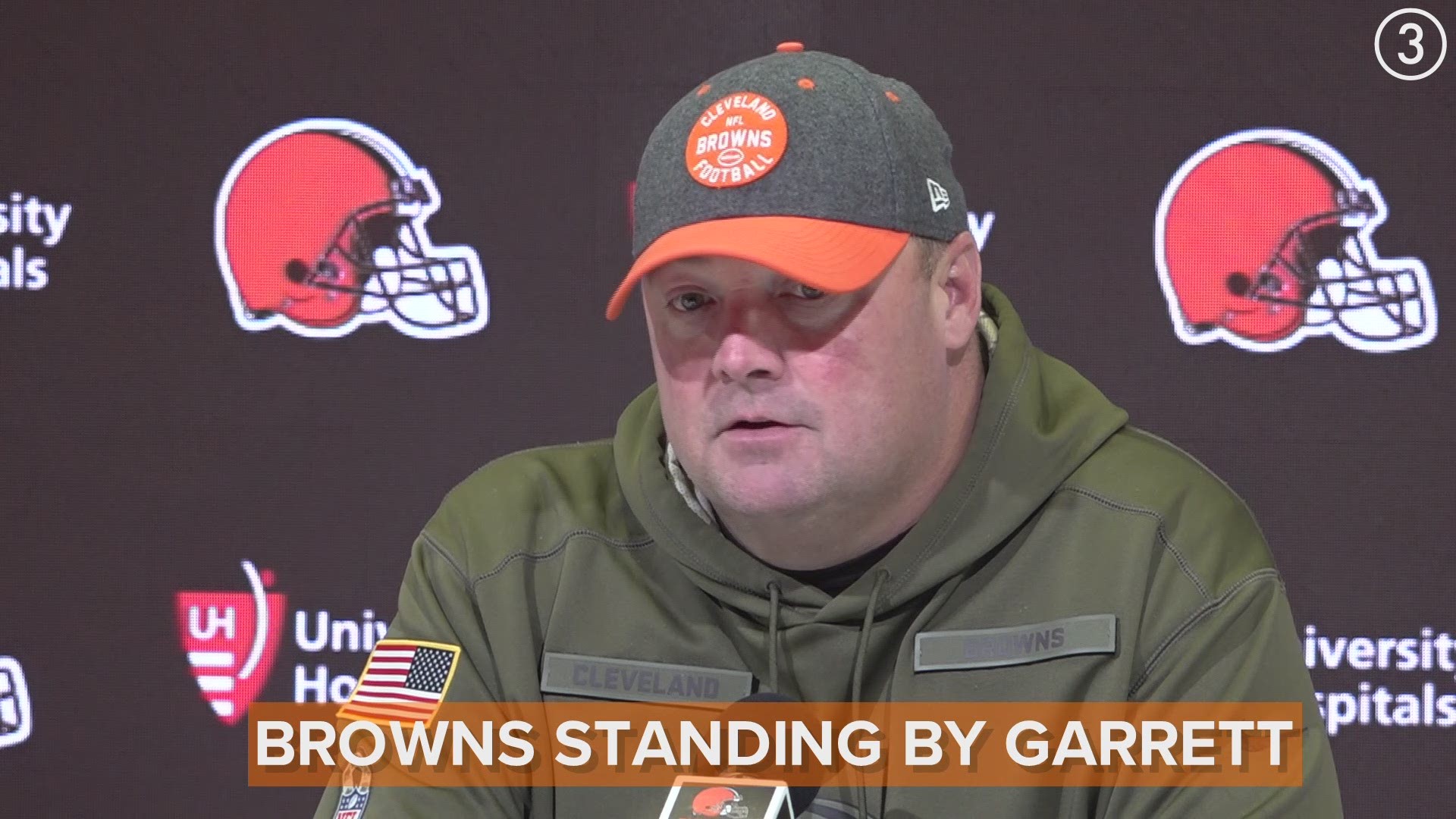 For many, the brawl between the Cleveland Browns and the Pittsburgh Steelers that resulted in Myles Garret's potentially season-ending suspension on Thursday was a complicated situation.

But for NFL commissioner Roger Goodell, there was one aspect about it that was cut and dry.

"Anything that is outside the game is problematic to us. And there's no place for that in the game. It's completely outside of football. It's not an incorrect tackling technique or anything else. It's just completely outside the game of football," Goodell told OTG's Gary Myers of the fight, which saw Garrett rip Steelers quarterback Mason Rudolph's helmet off before striking him in the head with it. "And so in one way, that elevates it and it's different circumstances."

Those circumstances ultimately resulted in Garrett being handed an indefinite suspension, which at the very least will last the remainder of the 2019 regular season and playoffs. Browns defensive tackle Larry Ogunjobi was also suspended one game and Steelers center Maurkice Pouncey was suspended three games for their roles in the fight that began with just seconds remaining in Cleveland's 21-7 victory Thursday Night Football.

Almost immediately after the fight, Goodell said he and his team began to review the film in order to determine what happened. And when factoring in the numerous players fined for leaving the bench, the commissioner said that he believes the punishments handed out were ultimately unprecedented.

"It's just not Myles Garrett here. Obviously he was the starting [point] but we suspended three different players in that," Goodell said. "It's probably, I would say, the most significant discipline we've had from any single incident in our history, although we don't keep that stat, but I'd be surprised if it wasn't.

"It was in my view and I think our football people, something that had to be dealt with very quickly and very firmly to make it clear to the players that is not acceptable. And I'd add one other thing: and to the clubs. Because we also fined the clubs, both clubs, for having been the clubs that participated in this. Not that they were necessarily responsible for it, but they're accountable for it and that's the message we want them to understand."

As for the "indefinite" portion of Garrett's suspension, Goodell said that he plans to meet with the Pro Bowl defensive end in the offseson to evaluate a number of factors. Chief among them: what has Garrett learned from the situation and what is the likelihood it won't happen again?

"He will not play the rest of the season. He will probably meet with us sometime in the offseason and I think we'll make a judgment on, 'does he have remorse? Does he understand why it's not acceptable? Do we understand what he's going to do to make sure it doesn't happen again?' Those are the things that I think are going to be very important for us," Goodell said. "Because my experience with discipline with players and with other personnel is if they get it. If they understand that they made a mistake. And if they accept that and they say, 'I'm committed to changing,' you're usually on a good path. The ones that you don't are the ones that sort of say, 'There was nothing wrong with what I did.' I don't know whether he feels that way or he doesn't, but we'll find out."

Garrett, for what it's worth, is scheduled to appeal his suspension to the NFL on Wednesday. Goodell, however, is operating under the impression it won't be reduced.

RELATED: Here's how you can buy a beer and raise money for pets in need

RELATED: What are the Cleveland Browns playoff odds after win over Steelers?

RELATED: Colin Kaepernick works out in Atlanta for NFL teams