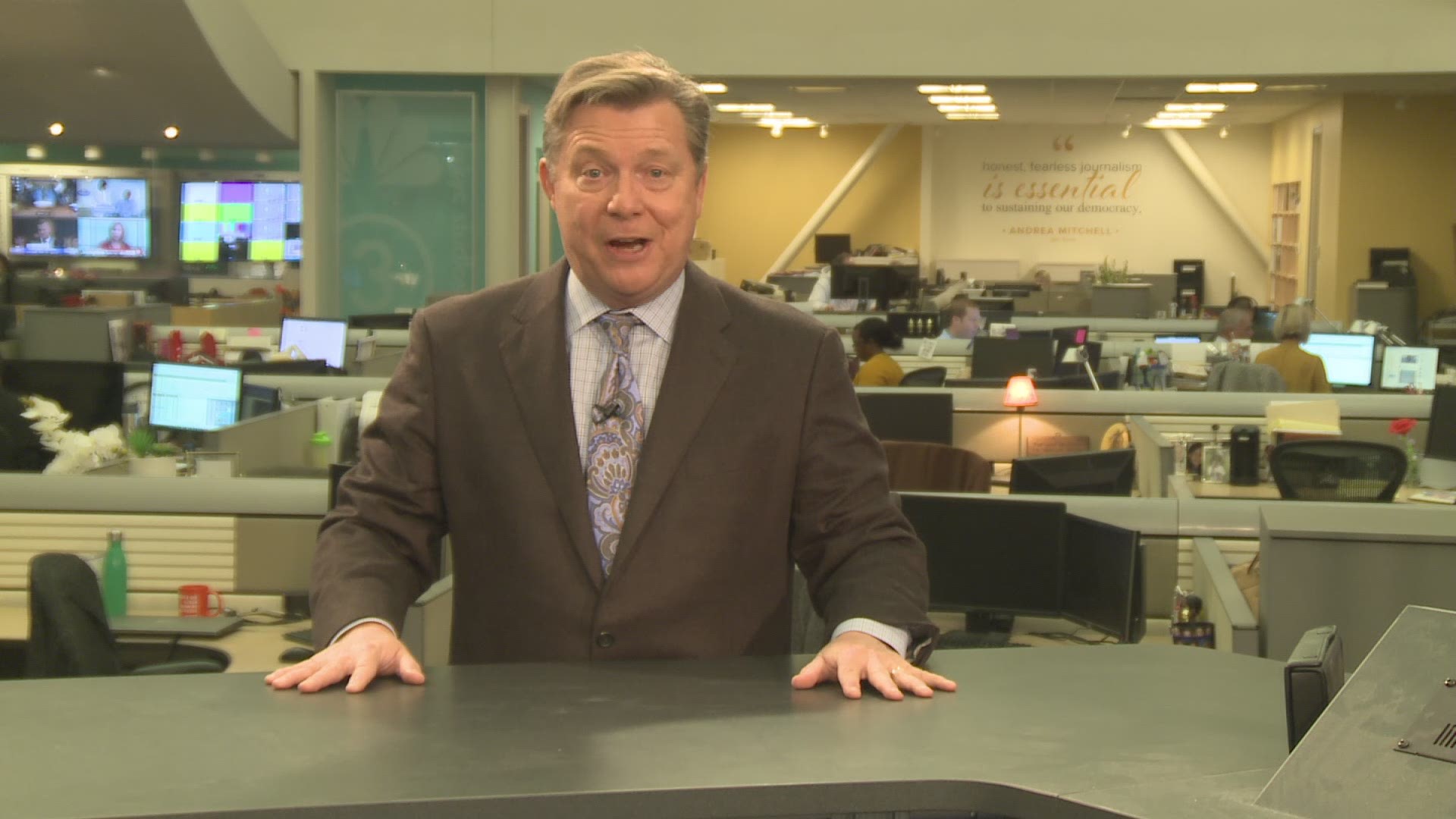 CLEVELAND — As Myles Garrett awaits his fate after appealing his suspension on Wednesday, a new twist has been taken in the week-long saga between himself and Pittsburgh Steelers quarterback Mason Rudolph.

According to ESPN's Adam Schefter and Josina Anderson, the Cleveland Browns defensive end has alleged that Rudolph called him a racial slur prior to the fight in which Garrett hit the Steelers quarterback in the head with his own helmet. Garrett's accusation came during his appeal hearing on Wednesday, which was heard by NFL appeals officer James Thrash.

"Garrett made the allegation as part of his initial comments during the appeal hearing in New York, sources said," according to Schefter. "It created an argumentative exchange between both sides about whether the allegation was permissible to be used in the appeal at that time."

On Wednesday, Rudolph denied having said anything to escalate the situation. Shortly after news broke of Garrett's accusation, the second-year quarterback's attorney/agent released a statement calling it "a lie" and said that "the malicious use of this wild and unfounded allegation is an assault on Mason's integrity which is far worse than the physical assault witnessed on Thursday."

As a result of last week's altercation, Garrett was suspended indefinitely and for at a minimum, the remainder of the 2019 season. On Wednesday, he appealed his punishment to Thrash, seeking a reduction in the season-ending suspension or at the very least, a finite number of games attached to his punishment.

The brawl between the Browns and Steelers occurred in the closing seconds of Cleveland’s 21-7 victory last Thursday night. After tackling Rudolph to the ground following a quick pass to running back Jaylen Samuels, Garrett became entangled with the Pittsburgh quarterback, who proceeded to tug at his helmet.

From there, Garrett proceeded to rip Rudolph’s own helmet off before being separated by Steelers offensive lineman David DeCastro. But after Rudolph charged at the former No. 1 pick, Garrett hit him in the head with his own helmet before being tackled to the ground by Pittsburgh center Maurkice Pouncey, who punched and kicked him.

Garrett, Pouncey and Browns defensive tackle Larry Ogunjobi were each ejected from the game, with Pouncey receiving a 3-game suspension and Ogunjobi receiving a 1-game suspension for shoving Rudolph to the ground. Ogunjobi’s appeal – which was also heard by Thrash – was denied on Wednesday afternoon.

Asked after the game if Rudolph said anything to him to set him off, Garrett declined to get into specifics.

Rudolph was fined but not suspended for the incident.

RELATED: Nick Chubb: Reaching 1,000 yards for Cleveland Browns ‘means something to me’

RELATED: Will the NFL justice system give Myles Garrett fair treatment?—Bud Shaw’s You Said It