FINALLY!! Recap the Cleveland Browns' thrilling 24-22 win over the Pittsburgh Steelers that got them into the playoffs

Cleveland needed a late two-point conversion stop to hang on. 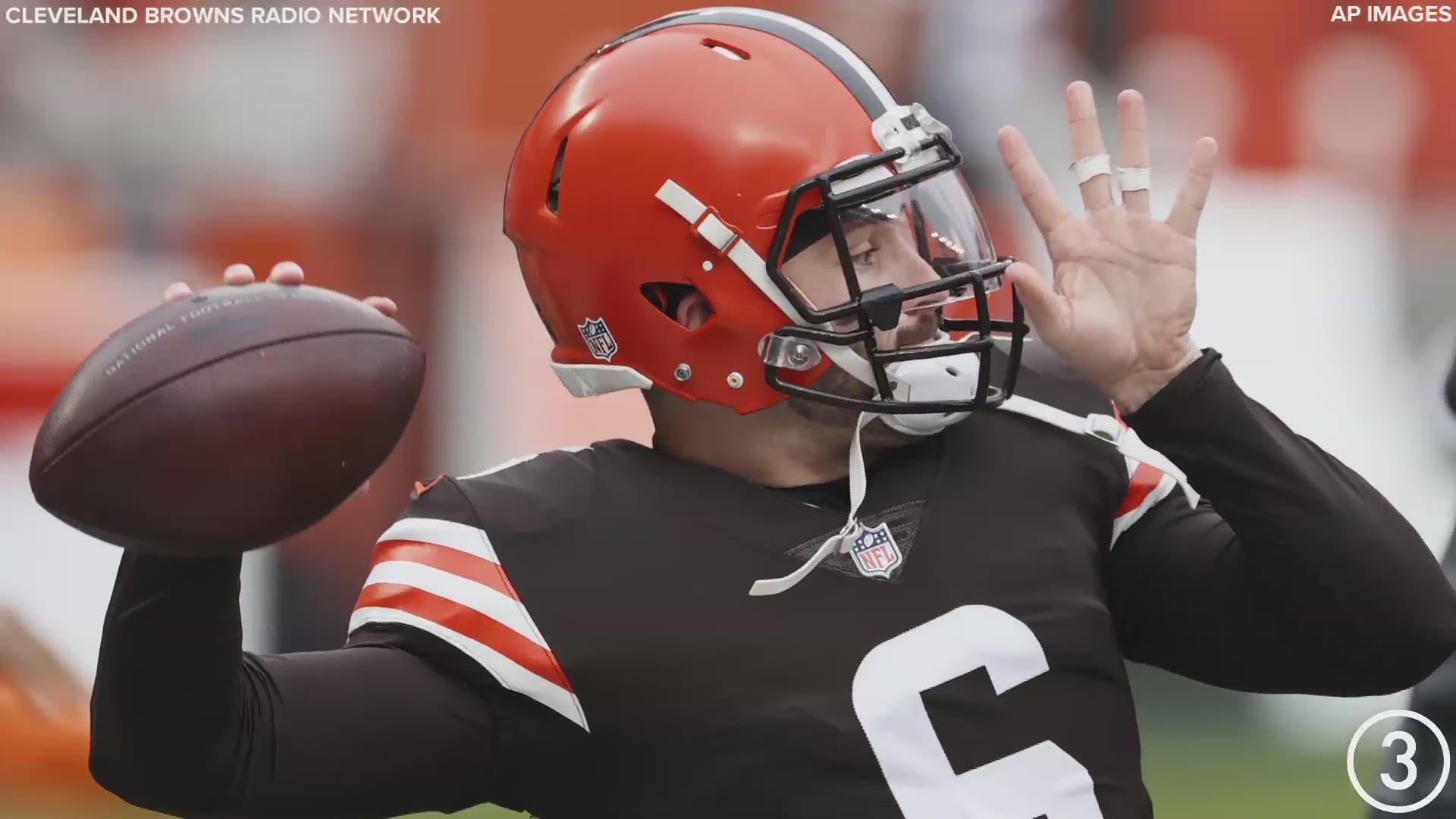 CLEVELAND — Cleveland, our long nightmare is over.

The Browns beat the Pittsburgh Steelers Sunday 24-22, finishing the regular season with an 11-5 record and earning their first trip to the playoffs since 2002. The Cleveland defense needed a two-point conversion stop in the final minutes to hang on.

Nick Chubb had 108 yards and a touchdown on 14 carries, while Baker Mayfield threw for 196 yards and a score. Jacob Phillips tallied 10 tackles and M.J. Stewart Jr. had a crucial interception.

With wins by the Buffalo Bills and the Baltimore Ravens, the Browns will have the No. 6 seed in the AFC postseason bracket. That sets up a rematch at Heinz Field with the third-seeded Steelers, the third time in history the two archrivals will meet in the playoffs (Pittsburgh won the first two.

What follows is a drive-by-drive live blog of this afternoon's action, with the latest plays and updates closest to the top. Stay tuned for analysis all day long on 3News and WKYC.com.

0:26: Baker Mayfield picks up the first down on an option run. One more knee, and the Browns are headed to the playoffs.

1:23: The Steelers score on a 2-yard touchdown pass from Mason Rudolph to JuJu Smith-Schuster, but Rudolph's pass on the two-point conversion. Stephen Carlson recovers the ensuing onside kick, and the Browns merely need a first down to win the game, 24-22.

3:37: The Browns burn six-and-a-half minutes off the clock, but Baker Mayfield is sacked at the Steelers 35-yard line. Rather than attempt a 52-yard field goal, Cleveland goes for it and comes up short, and Pittsburgh will take over with a chance to tie the game late.

10:07: On 4th-and-10 from the Browns 28, Mason Rudolph fires for the end zone and Chase Claypool makes an incredible catch for the touchdown. It's not over yet, as the Steelers only trail 24-16.

Go up and get it‼️

14:57: Jarvis Landry finishes the short drive off with a 3-yard touchdown run on an end around. The Browns now lead 24-9, and the playoff dream is starting to feel like a reality.

1:31: The Browns defense comes up with the play of the game so far, as pressure from Jacob Phillips and Ronnie Harrison forces an interception by Mason Rudolph. M.J. Stewart Jr. returns the pick all the way to the Steelers 20, and Cleveland will have a chance to make it a two-score game.

3:48: Time for Baker Mayfield to take over: The young quarterback throws multiple sharp passes and even scrambles for a 28-yard gain, and caps an impressive drive with a 2-yard touchdown pass to Austin Hooper. The Browns get some breathing room and extend their lead to 17-9.

8:29: Chase Claypool makes a 41-yard catch to set up another 46-yard field goal from Matthew Wright. The Steelers still trail, but the Browns' lead is down to 10-9.

11:20: Although they picked up a first down, the Browns puzzlingly called five out of six pass plays and failed to get into Steelers territory. Pittsburgh will start on their own 19-yard line after a punt.

More bad news for Cleveland, as Donovan Peoples-Jones will not return after suffering a concussion.

0:00: Baker Mayfield attempted to drive the Browns into Steelers territory, but after Donovan Peoples-Jones was injured on a catch attempt the team decided to just run out the clock. Cleveland takes its 10-6 lead into halftime.

1:07: Matthew Wright hits a 46-yard field goal to bring the Steelers to within 10-6. Pittsburgh was driving, but Olivier Vernon was able to pin Mason Rudolph down for a sack.

2:25: A Chris Wormley sack of Baker Mayfield leads to a Browns punt. The Steelers start at their own 24, hoping to tie things up before halftime.

9:45: The Browns are unable to get into the end zone after getting close to the goal line, but Cody Parkey converts a 23-yard field goal. Cleveland extends its lead to 10-0.

The score was set up by a 42-yard connection from Baker Mayfield to Rashard Higgins.

14:05: Following a couple of first downs, the Pittsburgh offense comes to another standstill and Jordan Berry is forced to punt again. Donovan Peoples-Jones returns the kick to the Browns 25-yard line.

2:52: The Browns manage to get to their own 40, but end up having to punt. Jamie Gillan's kick goes to the Pittsburgh 10, though, and the Steelers have a long way to go.

7:21: The Steelers go three-and-out, and Jordan Berry goes out to punt again. He boots the ball to the Cleveland 10, where the Browns will start.

9:29: Nick Chubb, ladies and gentlemen: The Pro Bowl running back dashes 47 yards for the touchdown, and the Browns take an early 7-0 lead.

12:10: The Steelers convert on a third down, but eventually stall near midfield and are forced to punt. Jordan Berry's kick pins the Browns at their own 15.

After being forced to sit several key players last Sunday due to health and safety protocols, the Browns got a lot of help this week when the entire receiving core (including five-time Pro Bowler Jarvis Landry) tested negative for the coronavirus. Offensive linemen Wyatt Teller and Jedrick Wills Jr. also return, along with safeties Ronnie Harrison and Karl Joseph.

But Cleveland had more positive tests this week and is also dealing with a few injuries. The following notable players will be out today:

Meanwhile, the Steelers will be keeping multiple starters on the sidelines, but mostly to avoid injury with the postseason starting next week. They include:

In addition, kicker Chris Boswell and safety Terrell Edmunds are out with injuries, and cornerback and former Browns Pro Bowler Joe Haden will not play after reportedly testing positive for COVID-19. Tight end Eric Ebron was also identified as a "close contact" of Haden and will therefore be unavailable.

No new positives today for the #Browns, per source. Game on.