JIMMY'S TAKE: Seeing the Cleveland Browns back in the playoffs is 'something special'

'How they got there is just amazing.' 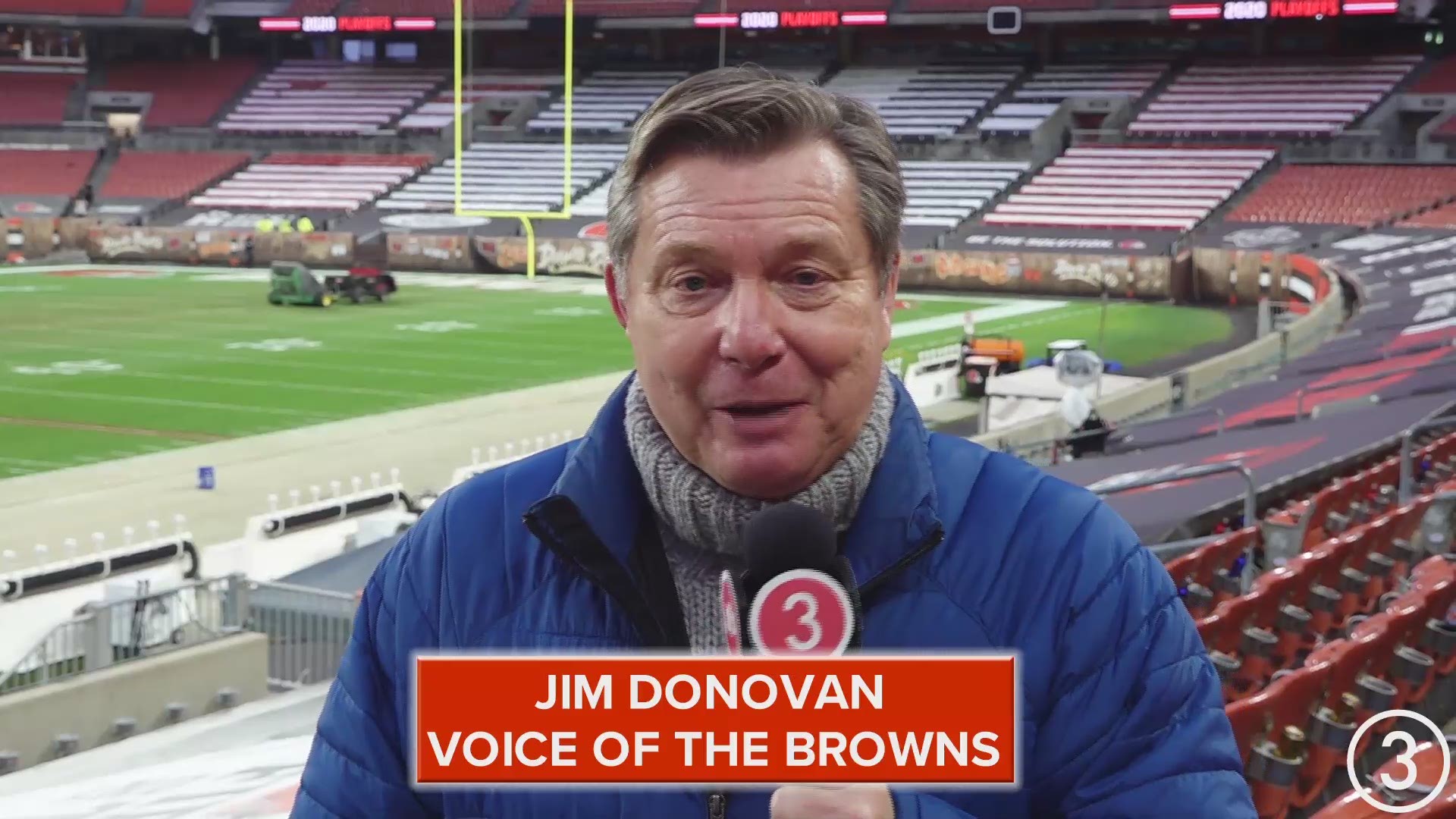 On the first few days of this new year, the Browns make a big, big splash: They have qualified for the NFL playoffs for the first time since 2002. In an epic battle against the archrival Pittsburgh Steelers, they hang on and win on the last Sunday of the regular season by a final score of 24-22.

A couple of weeks ago, a spot in the playoffs looked like a layup. Then, all of a sudden, COVID-19 and its protocols hit the Browns and allowed their game against the one-win New York Jets to slip away. That layup was now a tough shot from way outside.

The Browns had to beat the Steelers to take care of business. That's exactly what they did, but even in this particular game Sunday, with the AFC North champion Steelers having nothing to play for, they played the Browns right down to the last whistle.

A missed two-point conversion preserved a two-point lead for the Browns when Mason Rudolph missed the talented rookie receiver Chase Claypool high and wide. Afterward, a scary recovery by Stephen Carlson on the onside kick, a Baker Mayfield scramble for a first down, and the clock ticked down those wonderful final seconds with 12,000 in the stadium roaring.

The Browns had made the playoffs, finishing with a final record of 11-5. Everywhere, you could hear the echoes of the fans celebrating.

The longest playoff drought in current NFL history is now over. The Browns last got into the playoffs in 2002, playing the Steelers at Heinz Field in the Wild Card round. In this season, they'll meet them again at the same stadium.

Either way, how they got there is just amazing. First-year head coach Kevin Stefanski did a marvelous job, an NFL Coach of the Year performance from the start of the season all the way to this final game, which was filled with a lot of hurdles even in the weeks before kickoff: Losing coaches from his staff, key players in and out, no receivers against the Jets, no Denzel Ward in this final game against some great Pittsburgh wide receivers.

And yet, he plowed through it, with the mantra every week of "Let's just go 1-0." On this Sunday, the Sunday the really needed to go 1-0, they got it done, and the exact final score doesn't really matter. It's an amazing story.

Baker Mayfield engineered it, more with his feet than his arm in the late going. Nick Chubb had a great 47-yard touchdown run to start the game off and went over 100 yards on the day, and more importantly over 1,000 on the season. The Cleveland defense held in there all day long, with a key interception by M.J. Stewart Jr. in the fourth quarter helping the Browns build their lead up, but the Steelers kept coming back and coming back right to the end.

Is it going to be tough next week over at Heinz Field? Of course it is, but just to be invited into the tournament? Wow, that's something special for a franchise that has taken the long road to getting back to relevance and into the playoff picture.