JIMMY'S TAKE: Cleveland Browns' playoff triumph over Pittsburgh Steelers is 'maybe one of the greatest wins in franchise history'

'Whatever happens, don't doubt them. There's something about them; it's beautiful to watch.' 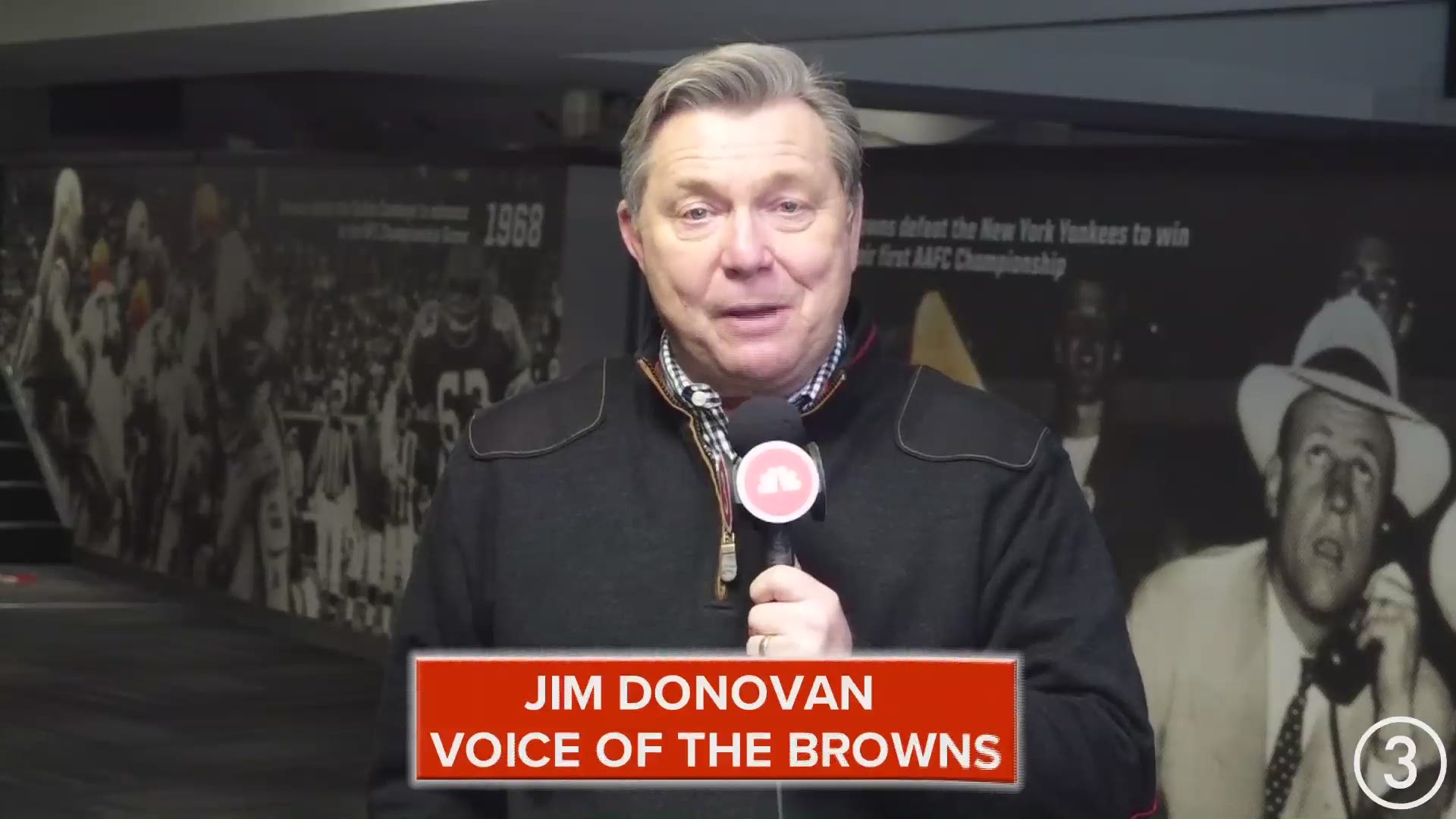 CLEVELAND — Just running something by you: What are you doing next week? Any plans?

Cancel them, because the Cleveland Browns are still alive.

They are off to the next round of the NFL playoffs. They'll take on the Kansas City Chiefs at Arrowhead Stadium next Sunday at 3:05 p.m. More about that as the week goes along, but what a story we can tell right now.

In an amazing performance, the Browns beat the Pittsburgh Steelers 48-37 in this weekend's Wild Card game at Heinz Field. Think about the whole package: Cleveland barely practiced at all this week, and was missing several key players due to COVID-19 or other ailments. The Steelers were almost fully healthy, with most of their starters back after sitting out Week 17. Big Ben Roethlisberger threw all over the stadium, and yet, it still wasn't enough.

The Browns built up an insurmountable lead (though it was challenged at times), racing to a 28-0 first-quarter advantage. What an incredible win, maybe one of the greatest wins in franchise history.

It's their first playoff win since New Year's Day 1995, when Bill Belichick was their head coach and they beat a New England Patriots team coached by Bill Parcells and quarterbacked by Drew Bledsoe. And remember, they had only won one time ever at Heinz Field before tonight, a Sunday night game in 2003 with Tim Couch as their signal caller.

But this one was a thing of beauty. With Kevin Stefanski back in Cleveland with COVID, with Joel Bitonio and Denzel Ward and Kevin Johnson and KhaDarel Hodge not out there because of COVID, what hope did they have? After all, they were basically shut down until late Friday afternoon, when they finally squeezed in a practice after the NFL felt they had arrested the spread of the virus.

Saturday, a walk through. The team flew to Pittsburgh; the coaches that were available drove. Jack Conklin, who was under the weather and isolated, later went over by himself. Unbelievable, but after kickoff, they came out right away.

The first snap of the game sailed over the head of Ben Roethlisberger and ended up in the end zone, recovered by safety Karl Joseph for a touchdown. You knew at that time the Browns were ready to play.

Turnovers followed by Roethlisberger, and they eventually led to Cleveland touchdowns. Baker Mayfield had three TDs in the game, one to Nick Chubb on a huge 40-yard catch-and-run into the right flat. When the Steelers got close, it gave the Browns some more breathing room.

Kareem Hunt had a tough night running the football with two touchdowns in the game. Cody Parkey kicked well, too, and Jarvis Landry came up with clutch catches both early and late in the game.

For Big Ben, a record-setting night in a bad way, at least as far as the final score is concerned. No quarterback has ever completed more passes in an NFL game (playoff or regular season), with 47. He threw for more than 500 yards and four touchdowns, but he also threw four interceptions. The Browns, without a healthy secondary, were really open to Roethlisberger and that quick passing attack in the second half, and it made things a bit scary.

But the Browns dialed in once again, always a together team. They hung on for a glorious victory, and now a matchup with the No. 1 seed in the world: The Kansas City Chiefs, defending Super Bowl champions, who will host the Browns next weekend in Missouri.

Whatever happens, don't doubt them. There's something about them; it's beautiful to watch. The culture has changed in Cleveland. They are as together as they've ever been.

Another night to remember.