Speaking on ESPN's 'Get Up,' Dan Orlovsky said the Cleveland Browns' use of Odell Beckham Jr. could become a fireable offense for Freddie Kitchens. 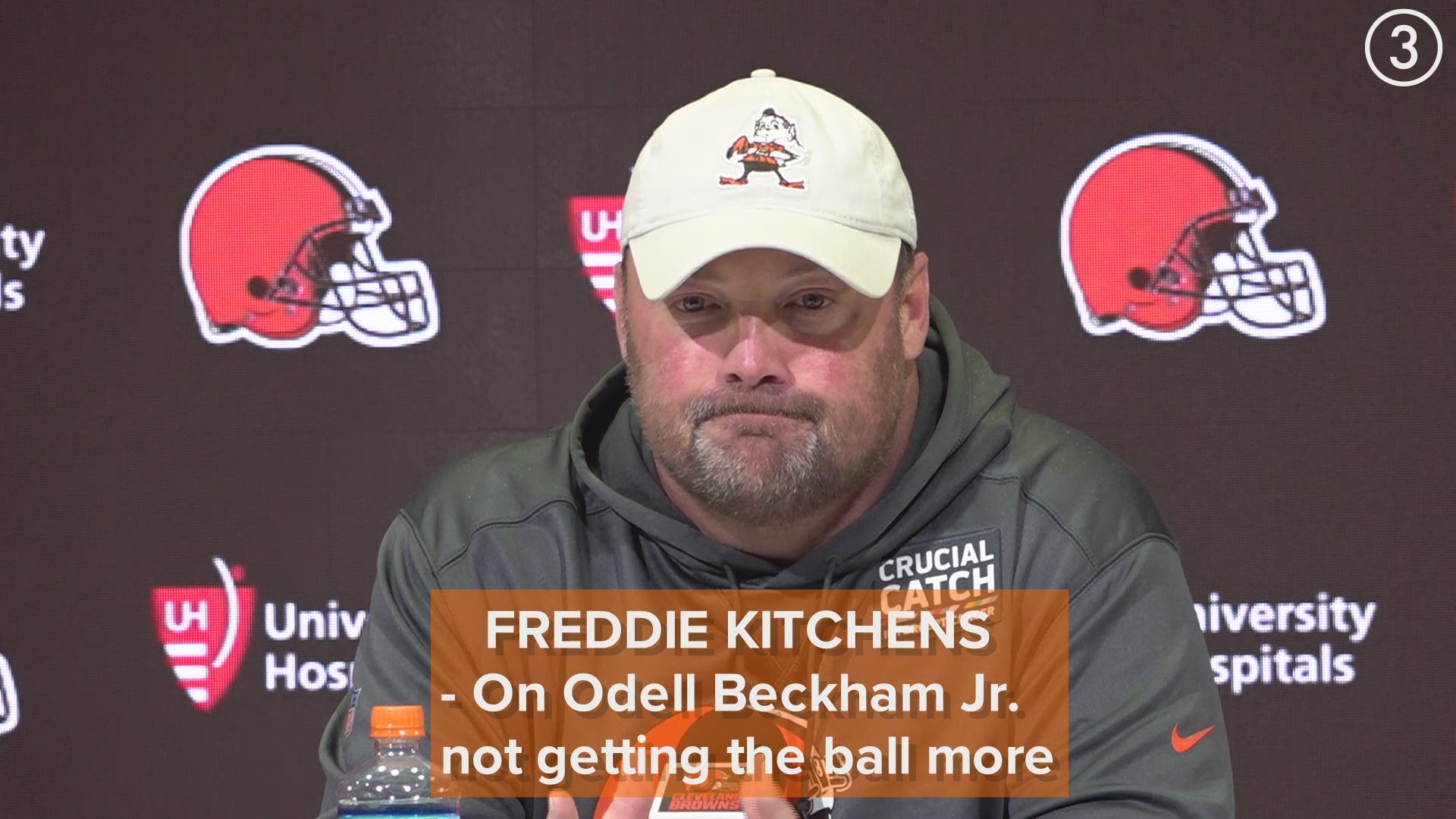 Through their first eight games of the 2019 season, the Cleveland Browns have failed to do an adequate job of getting Odell Beckham Jr. involved in their offense.

And according to one ESPN analyst, if that doesn't soon change, Freddie Kitchens might -- or at least, should -- be out of a job.

Speaking on ESPN's "Get Up" on Monday morning, ESPN analyst and former NFL quarterback Dan Orlovsky discussed Beckham's involvement -- or lack thereof -- in the Browns offense. And in doing so, Orlovsky had strong words for Kitchens, pointing in particular to Cleveland's final offensive play in its 24-19 loss to the Denver Broncos on Sunday.

Facing a fourth-and-four on Denver's 28-yard line with 3:28 remaining, Browns quarterback Baker Mayfield dropped back before throwing an incomplete pass to receiver Jarvis Landry. Replay, however, showed that Beckham had Broncos cornerback Chris Harris Jr. beat for what possessed the potential to be a game-winning play had the ball been thrown his way.

"I've been on the field in that moment with a guy like Calvin Johnson, with a guy like Andre Johnson, with a guy like Reggie Wayne. And I've had the play call sent into my helmet and the coach every moment in that time has said, 'You're going to do everything you can to throw this ball to that guy.' Because that's why we have them. That's why we traded for him. That's why we gave away picks and players for that exact moment. If I'm Odell, just being real, I've got to walk into Freddie Kitchens' office this morning and go, 'You've got to tell me why. You've gotta tell me why that ball doesn't get thrown to me' and I don't think there's an answer that is a justifiable one."

To Orlovsky's point, Beckham did show frustration with not being thrown the pass, with CBS' Jay Feely reporting that the 3-time Pro Bowl receiver said, "I can’t get the ball to save my life" after the play. Through his first eight games in Cleveland, Beckham has tallied 39 catches for 575 yards and 1 touchdown -- but it's the missed opportunities that have been more emblematic of the Browns' disappointing 2019 season.