This Canton couple is on different sides of the football field as their household has fun split by the rivalry between the Cleveland Browns and Pittsburgh Steelers. 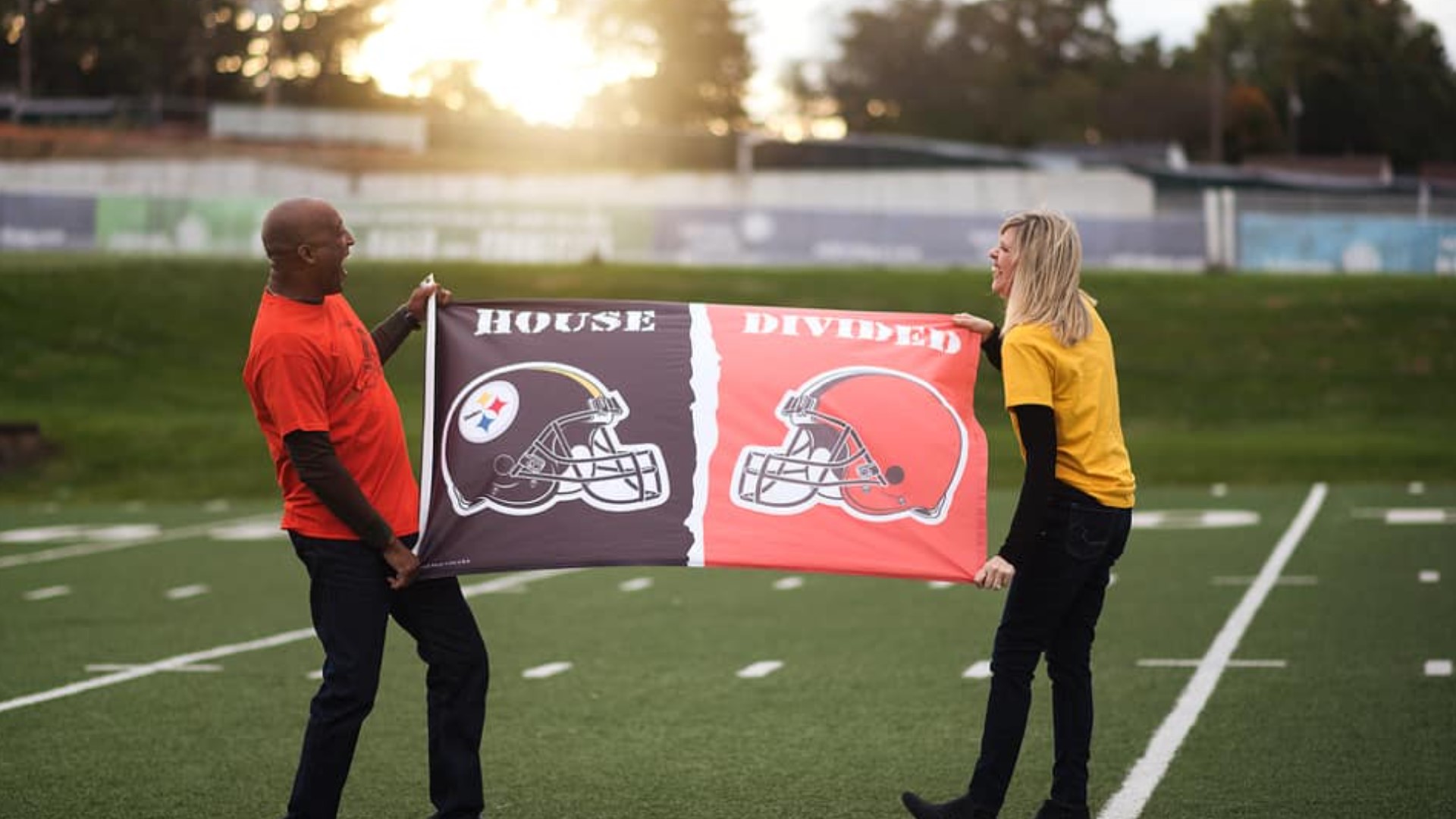 CANTON, Ohio — The Cleveland Browns vs. Pittsburgh Steelers rivalry is one of the oldest in the NFL -- and for the Morgan family, it’s a house divided every Sunday.

So how does this blended family come together on game days?

"We’re very close. I mean, COVID has put a wrench in everybody’s everything, but on a typical year were together a lot the kids get along great. It’s a big party."

Jill and David have been happily married for six years and knew from the beginning it was love at first sight.

RELATED: Watch: Cleveland Browns release epic hype video after earning playoff spot, and it will give you goosebumps

“Before we met, it was kind of a twist of fate," Jill said. "He sent me pictures of him at Browns games and him with his Browns gear. I said, 'Ugh. This might be a deal breaker.'"

So she sent him a picture of herself in a Steelers jersey. Long story short, he didn’t judge a book by its cover.

“I think he pretended like it didn’t bother him," Jill said. "He overlooked it and we got married."

Although the couple gets grilled every time they go out together rocking their gear, love always outweighs it all.

But no matter the outcome, the Morgan family will be watching the game together under one roof in a house divided.

"I think we're proof that opposites attract," Jill said. "That Browns and Steelers fans can get along."

The Browns are set to battle the Steelers this coming Sunday in the Wild Card round of the playoffs in Pittsburgh. The game will air on WKYC Channel 3.