"It's going to be a tremendous time in Cleveland and lots of fun." 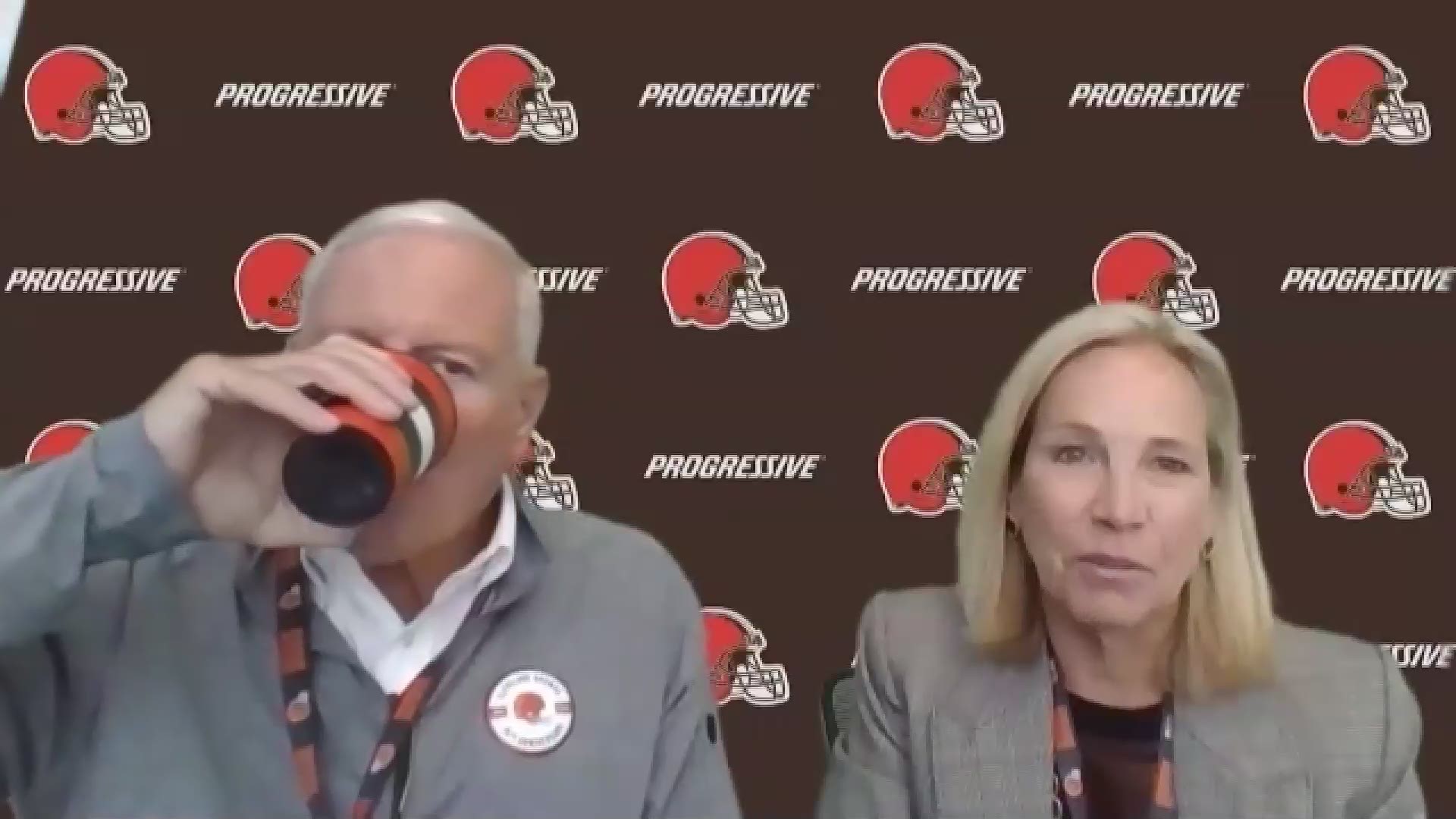 BEREA, Ohio — With the city of Cleveland set to be in the spotlight for the 2021 NFL Draft later this week, Browns owners Dee and Jimmy Haslam met with the media on Tuesday via Zoom to talk about the festivities as well as the state of the franchise.

Coming off of an 11-5 season and a trip to the playoffs, the Browns hold the 26th pick in the first round of the the draft. "Although we're glad to be where we are, it's a lot harder to pick at 26 than it is at one, or four, or 10, or some of the other places we've picked in the past," admitted Jimmy Haslam.

The Browns owners are excited to see the city of Cleveland showcased for the NFL Draft and are making sure that the health of the fans will be the top priority.

"All of the safety protocols are in place," Dee Haslam noted. "We have a vaccinated area. We feel very confident that we can pull off the event safely. I think it's going to be a tremendous time in Cleveland and lots of fun."

The Browns recently picked up the fifth-year option on quarterback Baker Mayfield's contract after a breakthrough 2020 season. The Haslams were asked if a long-term contract may be in store for Mayfield in the future.

"We're all pleased to see the growth in Baker last year as a player and as a leader," Jimmy Haslam said. "He deserves a fifth-year option. He and Andrew (Berry) have both addressed the possibility of things after that. We'll leave that up to Andrew to decide when that happens."

RELATED: Browns' Baker Mayfield on contract talks: 'We win games, everything will happen how it should'

After years of struggling to find the right fit at both head coach and general manager, the Browns appear to have solved the dilemma with 2020 NFL Coach of the Year Kevin Stefanski and GM Andrew Berry. The Haslams smiled when asked if they're almost able to sleep better at night knowing the two are in place.

"You can take out the 'almost' and you've got it," Jimmy Haslam joked.

"I think what's so great about those two individuals is how well they work. Together, with all of us, and with everyone in the organization. They're very collaborative," Dee Haslam said. "They're really, really smart."

Dee and Jimmy Haslam meet with the media live: https://t.co/1CfU9AQe5P