The 2021 NFL Draft kicks off in downtown Cleveland on Thursday night. 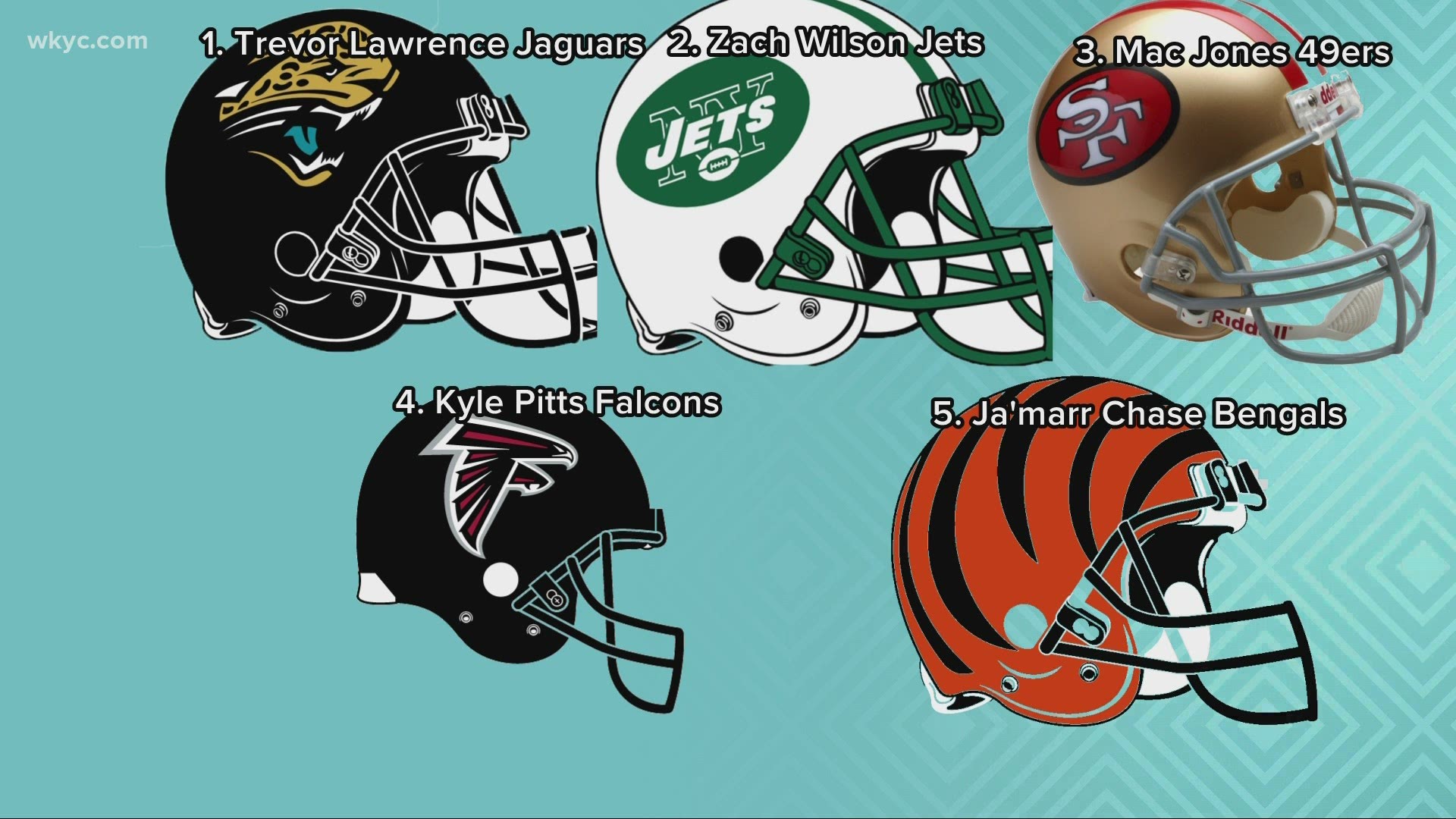 The first round of the 2021 NFL Draft will take place in downtown Cleveland on Thursday night.

With that in mind, let's take a look at some of the prospects the Cleveland Browns may be looking to target with the draft's No. 26 overall pick.

After signing defensive end Jadeveon Clowney earlier this month, cornerback stands out as the Browns' most glaring need. Northwestern's Greg Newsome II is an athletic prospect whose size (6-foot-1 190 pounds) would pair nicely opposite Denzel Ward.

While Clowney has already been penciled in as the starter opposite Myles Garrett, his deal in Cleveland is only for one year. The nation's No. 1 overall recruit in 2017, Jaelan Phillips enjoyed a breakout season in 2020 and would be plenty appealing to the Browns should he fall to 26.

The release of Sheldon Richardson leaves the Browns with a void in the middle of their defensive line. Alabama's Christian Barmore was one of college football's most disruptive players last season and may wind up being the only defensive tackle selected in this year's first round.

Between Odell Beckham Jr., Jarvis Landry, Rashard Higgins and Donovan Peoples-Jones, the Browns appear set at wide receiver for 2021, but may have to make some tough contract decisions at the position as soon as next offseason. At 6-foot-3 and 200 pounds, Terrace Marshall Jr. could provide Cleveland's receiving corps with both the size and speed it currently lacks.

Analytically-driven front offices don't typically invest heavily at linebacker, but the Browns' need at the position remains. At 6-foot-4 and 260 pounds, Zaven Collins is a versatile defender, capable of creating chaos both in coverage and as a pass-rusher.