Four additional players were elevated from the practice squad. 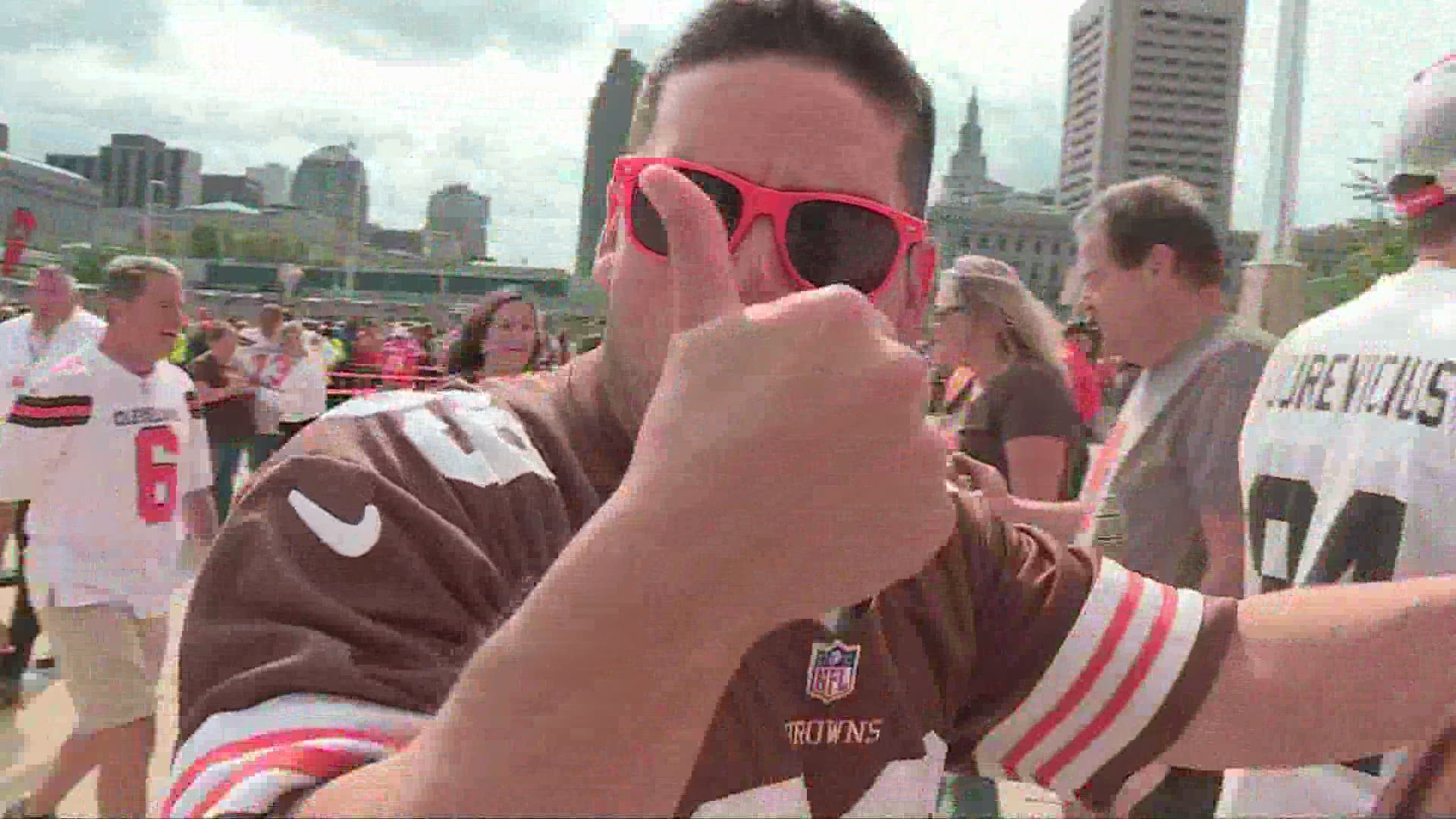 CLEVELAND — *Editor's Note: The video in the player above previously aired on January 8, 2020.

The Cleveland Browns are less than 24 hours away from facing the Pittsburgh Steelers in the organization's first playoff appearance since 2002.

After ongoing issues due to COVID-19, on Saturday the team activated three players from the COVID-19 reserve list.  Tight end Harrison Bryant, safety Ronnie Harrison Jr., and linebacker Malcom Smith will all be available to play in Sunday's wild-card game.

The also Browns have also elevated the following players from the team's practice squad:

The Browns have seven players and six coaches, including head coach, Kevin Stefanski, who are unable to be around the team due to COVID-19 protocols.

Per league rules, Stefanski can’t participate in Sunday’s game. He’s allowed to communicate with players and his coaching staff in the locker room up until they head out for kickoff, but then can’t have any contact with them until after the game.

The league doesn’t permit any communication with personnel on the field from 90 minutes prior to the game until after the game.

The Browns will take on the Pittsburgh Steelers from Heinz Field Sunday, January 19 at 8:15 p.m.

We've made the following roster moves: